In May 2022, Anthony Tsang (also known as “Zichen”), the Managing Director of Emperor Capital SPC (a private equity fund under Fuchsia Capital), was invited to the Middle East to run three forums where the Emperor Capital team met with royal family members, ministers, and people related to sovereign funds and institutions. Mr. Tsang delivered speeches expounding ‘a new technology that promises to be an exciting technical development as well as an outstanding investment opportunity’, Tsang ended each speech with “This is a project that can create the next Elon Musk!” 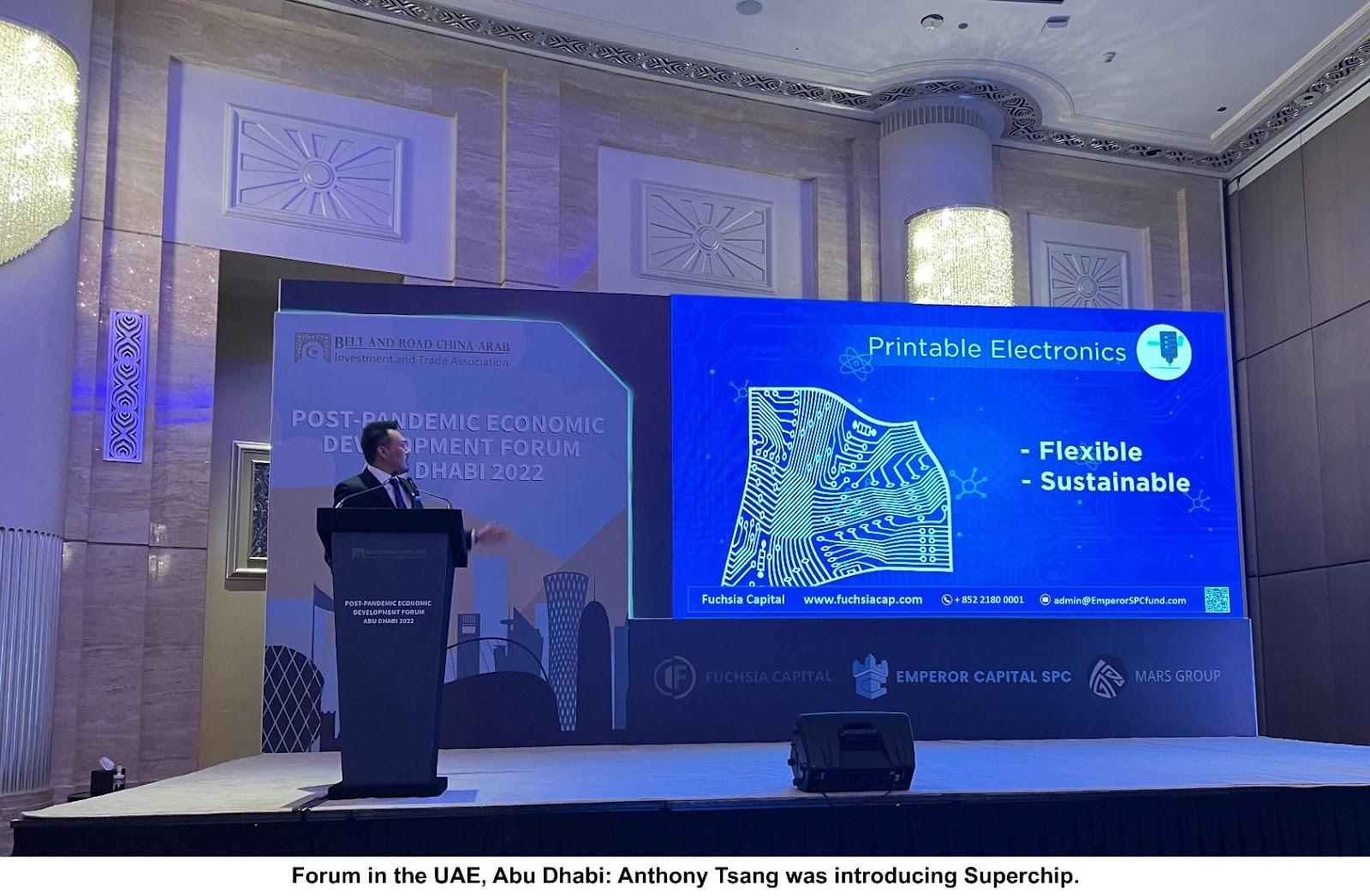 In the forums, Tsang discussed how “crude oil can surprisingly be used to further chip technology and is being used in the production of a new technology” dubbed the “Superchip”. All electronic products need chips, from simple fans and common refrigerators, to complex applications such as mobile devices, computers, and weapons”. Today, chips are dependent on rare earth and photolithography machines, which are very damaging to the environment. Recently, a technology team claimed, “they would be able to develop a lithography technology that can reduce the pitch to 1.4 nanometers for mass production by 2025. However, the lithography technology has its limit, because the lithography spacing cannot be less than 1 nanometer. If it is less than 1 nanometer, the power outage will occur during signal delivering. If we continue to explore the development of lithography technology, the computing speed will still stay above 1 nanometer. The complex high-tech electronic products will always meet hardware bottleneck.  Not to mention that all electronic products will be connected to the higher level of Metaverse, but this speed is simply impossible”.

Hong Kong Science Park, the birthplace of Optical fiber, can now claim to be the birthplace of another technological breakthrough, the “Superchip,” which according to its inventors is “composed of conducting polymers, sensing technology and printable chips”. The “Superchip” inventors are applying for many patents which they say is based on a “by-product of oil extraction, hydrocarbon”. The team uses hydrocarbon to produce a special conductive polymer that can be directly printed as superchips. “Superchip will break through the computing speed bottleneck of lithography technology which cannot be less than 1 nanometer and potentially change many aspects of our technological world”. 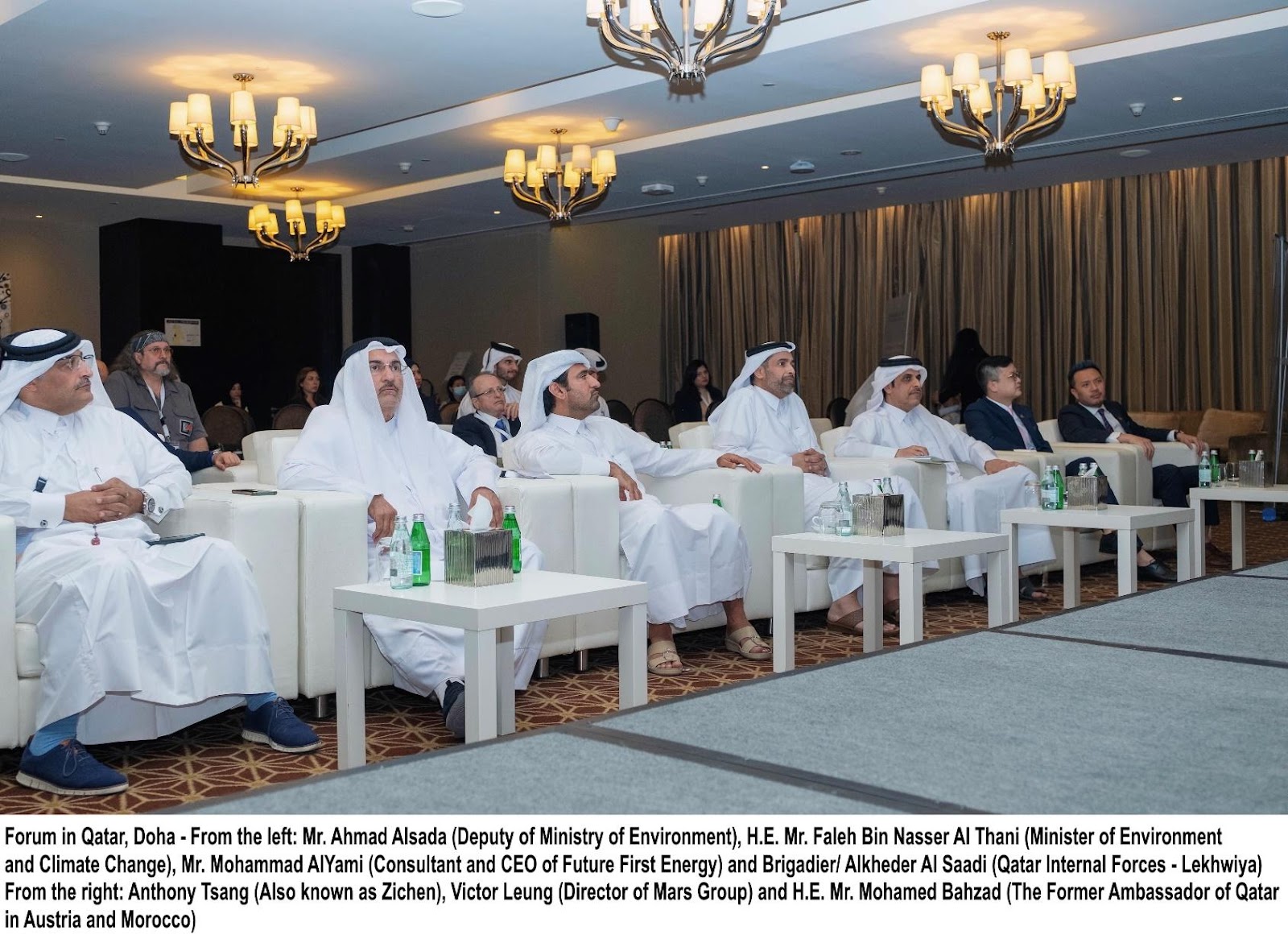 According to Tsang, “From an R&D point of view, Superchip has very high potential in the market. If we divide the development of Superchip into 10 steps, its inventors have finished the first two steps. Although still in the R&D stage it is already successfully applied to electrical devices such as sleep apnea detectors and air pollutant detectors, which thanks to Superchip can be made smaller, faster, more sensitive, and accurate than devices using traditional chips. In the next step of R&D, they will develop more sophisticated and efficient medical equipment, electric vehicle batteries, and soil and sewage detectors for environmental protection. The Superchip inventors also see potential to meet the needs of the Middle Eastern market with relation to oil or natural gas exploration. Additionally, it can be used as in anti-leakage devices and with its patented printing technology its inventors could even print conductive fabric in challenging conditions such as the desert.  It can even replace traditional expensive, high-polluting production of solar panels which in the desert environment can be easily damaged by wind and sand which is lower efficiency but higher maintenance”.

Tsang sees Superchip as “unique opportunity to enter a Semiconductor Market dominated by a very few notable brands which is dominated by US Companies such as Intel, and along with the other top ten chip companies hold a market value above US$1 trillion. They control the main technology, production machines and prices. For instance, Intel chips have only one layer of around 2066 pins. Superchip will be thinner and more layers and has a patented printable technology. Its material can be stacked in more layers making it cheaper, lighter, thinner, higher complexity, more sustainable and efficient than traditional chip production. Superchip is extremely sensitive, with faster transmission time and more stable signal. It is different from traditional metal oxide or inorganic silicon semiconductors due to its lower power consumption and can be used for multifunctional sensors. These qualities enable Superchip to replicate our 7 senses of sight, smell, taste, hearing, touch, vestibular and proprioception. Superchip will lead us to the metaverse world completely!”.

“This Superchip project is an exclusive investment project of the Emperor Capital SPC private equity fund. The initial fundraising amount is US$ 3 billion. One-third of which will be used to Superchip. The other two-thirds of the funds will be invested in new energy, other potential and currently signed contracts. The project is under an exclusive investment agreement”. 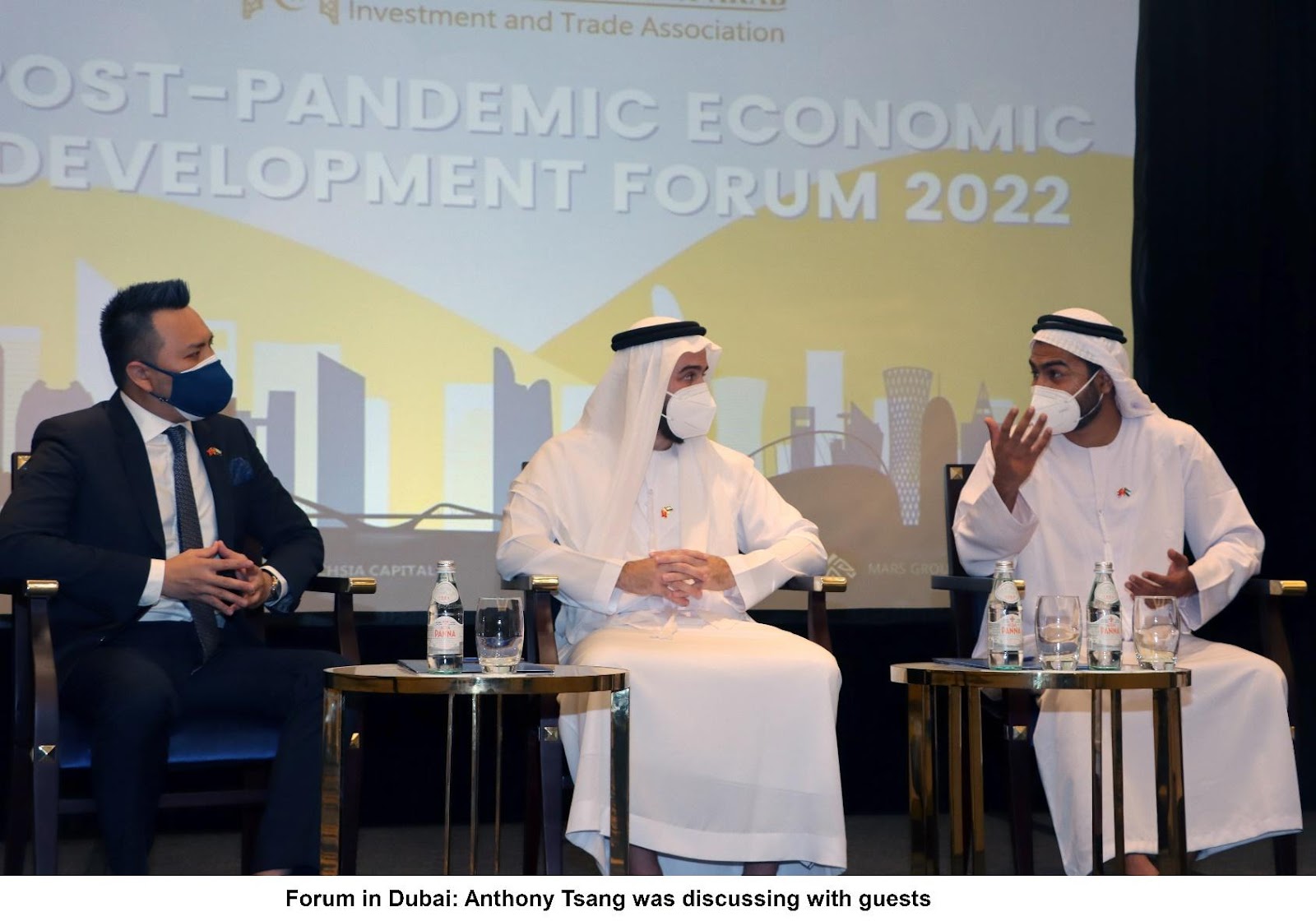