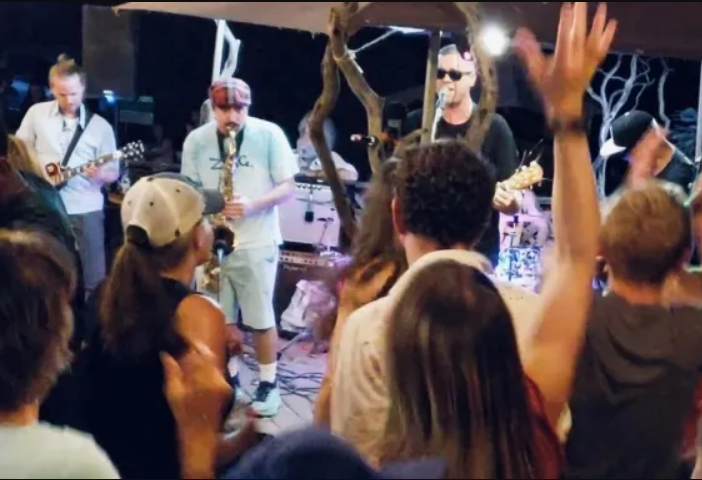 A perfect blend of originality and class, Abandon Theory breaks the musical stereotype of sticking to a particular music genre. The talented band members of this extraordinary band create a fusion of a variety of music styles. From reggae to folk, there is no music style this band has not covered. With passion, hard work, and a unique approach towards music, Abandon Theory is rapidly paving their own pathway through today’s music industry.

The band, Abandon Theory, was established in the early 2000s and has released some amazing albums under their own record label. Despite receiving numerous offers from reputed recording labels, the band members refuse to work with mainstream music labels that believe in categorizing the unique music style of Abandon Theory to a particular music genre.

The band likes to describe itself as a “Fusion Band”. Their music is a vibe that is hard to miss. The variety and originality in their music are what breaks the monotony for any listener and makes them stand out from the rest. Over the years, Abandon Theory has built a steady fanbase that supports them and the diverse music they produce.

The band members bring something fresh and unique for the listeners with every musical project, and their latest album, “Do It Like Ya Do”, is no exception. Comprised of 11 astounding tracks, this album has created a stir among fans worldwide. Some of the most popular tracks from this album are- Do it Like Ya Do, Sticks & Stones, No Such Thing, and Ocean & Waves.

When discussing their latest album, Abandon Theory says, “Do It Like Ya Do is a shoutout to our own originality and refusal to conform to any particular musical style. Again, we have self-produced and released the album under our own record label and have received terrific support from fans on YouTube and Spotify.” They add, “Laying it all out there, we have provided 11 new recordings that stick to our group’s musical “philosophy” as well and originality.”

Abandon Theory has a song for every occasion. Be it a house party with socially distanced friends, a walk on the beach, or a long drive under the beautiful night sky, this killer band has got it all covered!

With many upcoming projects up their sleeve, Abandon Theory is preparing to sweep fans off their feet once again.

Listen to the album “Do It Like Ya do” now on Spotify.com.

The post Abandon Theory brings brilliance and variety to every musical project first appeared on PRUnderground.