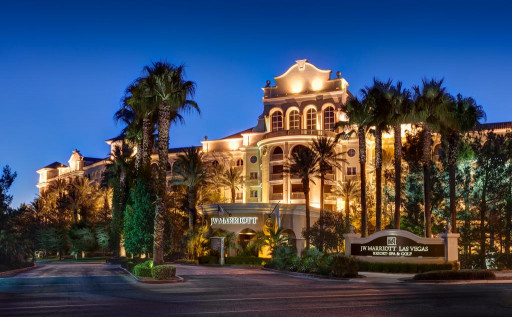 The Mutual UFO Network (MUFON) has announced that registration for its 2021 International Symposium is now open to the public. The event will be held Aug. 27-29, 2021 at the luxurious JW Marriot Las Vegas Resort and Spa, and those interested in registering may do so at www.MUFONSymposium.com. The event will also be live streamed.

The Symposium features an array of speakers, presentations, breakout experiencer sessions, Field Investigator Training (FIT) and excursions including a guided bus tour of Area 51. Also, by special permission of global distributor 1091, MUFON will be hosting a free screening of the movie “THE PHENOMENON” directed by James Fox. Narrated by Peter Coyote, the film melds together unseen archive footage with interviews with key eyewitnesses, experts and officials to investigate if we are alone in this universe and what extraterrestrials are attempting to communicate.

Emceed by County Music Television star Katie Cook, the keynote speaker is world-renowned UFOlogist Nick Pope and his presentation “UAP: A Perspective from Inside Government.” Recently, the focus when it comes to UAP/UFOs has shifted away from the public and onto the government, the military and the intelligence community. Whether sightings involving U.S. Navy pilots or classified briefings in Congress, mainstream media outlets are featuring numerous stories about this, reframing the phenomenon as a defense and national security issue. Former UK Ministry of Defense official Nick Pope gives an insider’s perspective of how government officials view and handle the phenomenon, both in terms of policy and investigations.

Pope worked for the UK Ministry of Defense for 21 years. For much of the early nineties, he was posted to a division where his duties included researching and investigating the UFO phenomenon to assess the defense implications. After taking early retirement in 2006, Nick was involved in a program to declassify and release most of the British government’s case files on UFOs – many of which he wrote. Nick now works as a broadcaster and journalist, contributing regularly to a wide range of TV news reports and documentaries. He’s also acted as consultant/spokesperson on several alien-themed movies and TV shows.

For more information and to register for the symposium, go to www.MUFONSymposium.com.

US Secretary of State Antony Blinken boards an aircraft as he departs for New Delhi, India and Kuwait. Blinken said Afghanistan would become a...