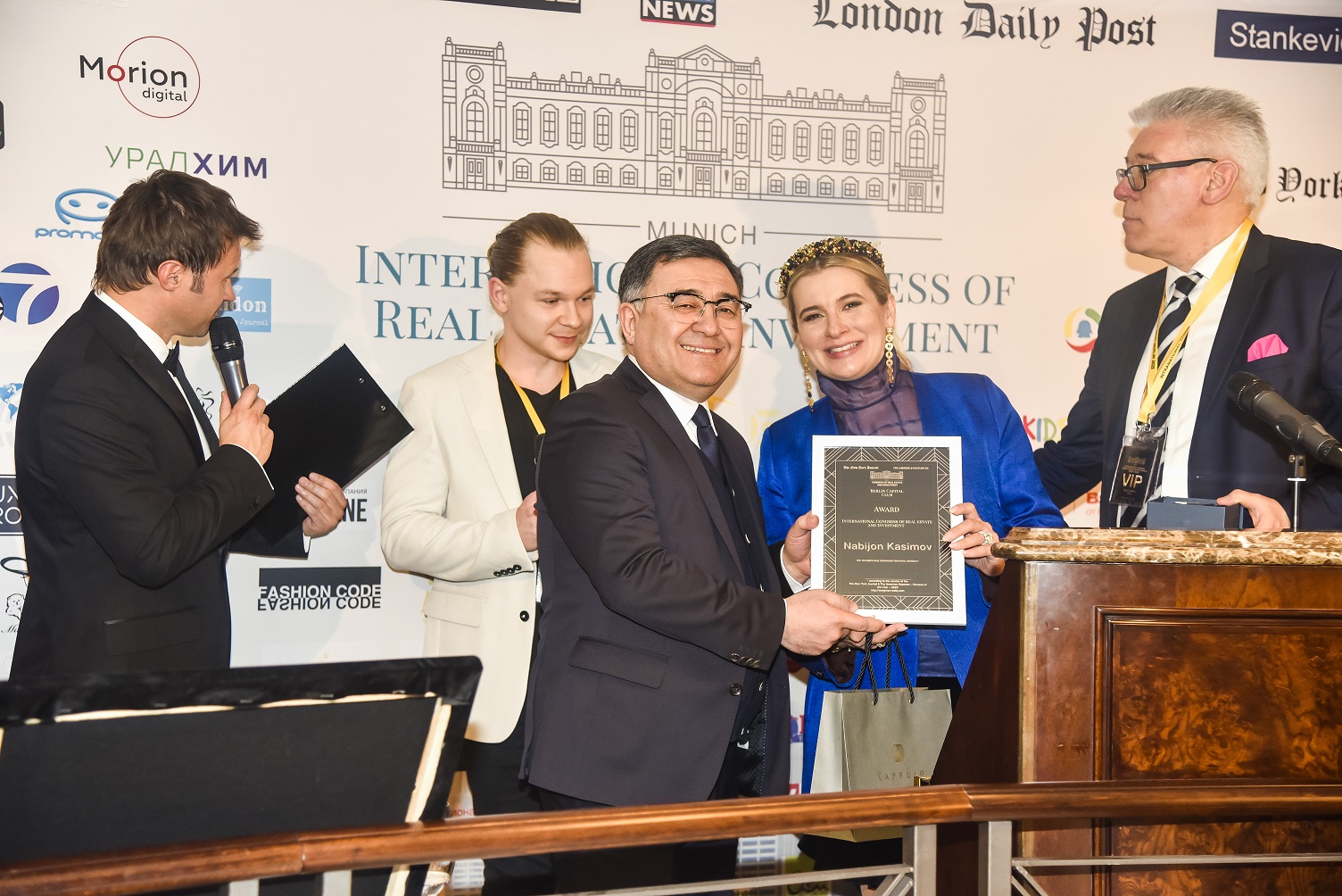 Closed business “club of millionaires” De-Luxe Berlin Capital Club February 25, 2020 opened its doors to participants in the International Congress of Real Estate and Investment. Congress is being held for the sixth time. The previous, fifth, meeting was held in the fall in Munich. Billionaires, millionaires, ambassadors, participants representing real estate and investments worth from 500 thousand to 50 million euros were invited to the current Berlin session.

The main mission of the congress, because of which we are going for the sixth time, is to make life easier for investors, to help them find each other and new niches. And everyone will get more money, said Anna Stukkert, owner of the investment company Stukkert & Co, chief organizer and president of the congress, opening the event with Sergej Tschernjawskij, the first deputy chairman of the board of the central government committee of the CSU of Bavaria on migration and integration.

For the congress, an unusual format was chosen. On the one hand, participants discuss the problems, trends and prospects for the development of international business. On the other hand, international prizes are being awarded. They were presented by the President of the International Congress Anna Stukkert, the chairman of the Open International Dialogue Christian Grosse and Paulius Stankevicius together with The New York Journal and The American Reporter. From the hands of designers Sabina Zulalova and Alexandra Azima Reinhardt, the nominees were awarded a handmade ribbon and coat of arms, created specifically for the international Top Congress Awards. Healing artist Julia Schulz handed over specially designed for awarding, jewelry and paintings of the FABELHAFT project together with the Disali brand, as well as the capsule collection shirts of Russian designer Tatyana Timkina. Svetlana Stepanova, jewelry company “Cappulo” (gross turnover of € 1 million) presented gold jewelry to congressmen and politicians. The winners themselves, including world-class investors, made presentations, shared their experiences with the participants and suggested options for profitable investments. Investments at the congress were discussed on a wide profile – from real estate to cryptocurrencies.

Thus, the German-Arab millionaire Amir Tehrani, owner of Q-tec GmbH and a partner of the investment company Efire Emirates Future Capital LLC (UAE) with an annual turnover of $ 26 billion, shared his experience in investing in technology and highly profitable real estate. He paid special attention to Russia, since he considers the Russian market extremely profitable. At the congress, Amir Tehrani was awarded an award as a provider of innovative services in the field of production technologies, automation and accurate measurements.

Indian billionaire Shaji Ul Mulk, founder of “Mulk Holdings”, has been awarded for innovation and smart investment in the facade industry. At the congress, he presented the opportunity to open a franchise of the world’s largest brand of fire-resistant facade panels ALUBOND. The company employs more than 7000 employees worldwide, and it has production and production bases in the USA, Europe, India, the United Arab Emirates, Oman and Ghana.

According to The American Reporter, The New York Journal, together with the International Congress of Real Estate and Investment, was awarded Nabijon Kasimov, Ambassador Extraordinary and Plenipotentiary of the Republic of Uzbekistan to Germany, for strengthening Uzbek-German relations.

Was awarded Yusuf Maitama Tuggar, Ambassador Extraordinary and Plenipotentiary of Nigeria to the Federal Republic of Germany, for strengthening German-Nigerian relations.

In addition, Anthony Lubinda Mukwita, Ambassador Extraordinary and Plenipotentiary of Zambia to Germany, noted the importance of the International Congress of Real Estate and Investment event for South African countries.

The organizers of the Congress noted the role and awarded God Nisanov in the development of the construction industry and the invaluable contribution of the businessman to charity and the strengthening of friendship between peoples. With the assistance God Nisanov, in 2019 in Moscow the community center “Association of Mountain Jews of Moscow” started operating. In 2020, in his native village of Krasnaya Sloboda in Azerbaijan, God Nisanov initiated and invested in the creation of the world’s first Museum of the History and Culture of Mountain Jews, thanks to which the Juuri language, entered by UNESCO in the Atlas of Dying Languages ​​of the World, will be preserved.

Profound and emotional was the presentation by Dr. Ayla Aldjufrie, founder of Global Property Bank and the Real Estate Education technology center in Indonesia, about investment opportunities in Bali. Mrs. Aldjufrie at the Congress received an award for the development of the women’s movement in Indonesia (World Women Leading Change)

Among the Russian participants in the congress, one can mention Rakhman Yansukov, president of the Association of Entrepreneurs for the Development of Business Patriotism “AVANTI”, Vadim Romashov, CEO RunUp. Predictions about what the European Union and Germany expect from Trump were shared by Russian economist Mikhail Khazin. A report on economic liberalization in Uzbekistan and the possibility of cooperation with foreign partners was made by Eldor Tulyakov, Executive Director of the Center for Development Strategy (CSR). Baron Konstantin von Bossner, owner and founder of the tobacco company BOSSNER received an award for charity and philanthropy in Germany. Luiza Ave, CEO and Co-Founder MEROVING PRODUCTION and AL ARABIA FASHION DAYS, was awarded an award for developing and attracting investments in the fashion industry, international networking and business consulting.

Nikolai Shkilev, Co-founder and CEO ZELWIN llc presented a service for buying and selling goods around the world not only for traditional currency, but also for cryptocurrency. The expected capitalization of the company will be $ 300 million (UAE). Gulshat Uzenbaeva Member of the Economic Chamber of the Principality of Monaco, founder and owner of the Monegasque company “LUXPRO” (Principality of Monaco) was awarded as the Best organizer of business events. Dieter R. Klostermann, CCA International Ltd. current Chairman and CEO, owner of a network of closed business clubs with branches around the world, has been awarded the award for business management. Aleksandr Boyko, Chief Editor of the “Berliner Telegraph UG” Media Holding, was awarded an award for his contribution to the development of the Russian-language media industry in Germany. Inga Primaс from Is Molas Resort in Sardinia during the session “Profitable Investment in Italy” held a presentation of the project “Is Molas Resort Villas” – villas conceived and designed by the famous architect Massimiliano Fuksas (Italy).

Nataliya Pastukhova, head of the official representative office of the Congress in the Russian Federation, received a special award for the development of Russian-German relations.

The guests of honor at the event were Wladimir Sergijenko, professor emeritus of political science at the Institute of World Civilization. President of the Union of Writers of Interethnic Consent of Germany, Dr. Mathias Oehme, head of the publishing house Eulenspiegel, Sergei Dvorianov, president of the International Diplomatic Club Amicability.

Anna Wohlthat, with a capitalization of € 10,000,000 per year, CEO of the “Weingut Meine Freiheit” winery from Rheingau, conducted a tasting of elite wines for guests of the Congress (Germany).The winery produces 250 000 liters of wine per year, focusing not on the quantity, but on the quality of its products. The main focus is on the white wines of the Riesling variety, as well as a small production of the high-quality sparkling wines produced by all top quality standards and with the strict observance of the production technology of the champagne wines.

Lifestyle Drinks GmbH represented by Kai Rebhan, Managing Director and Co-Founder (Germany). According to Kai Rebhan: “We offer connoisseurs, clients, bloggers, agencies and trendsetters the opportunity to create a network with us for trends and drink lovers; to inspire connoisseurs in the field of B2B and B2C always with new drinks and ideas; to combine fun and business around stylish and premium drinks never met in Germany.”

The event partnered with the EVGENIYA KRYUKOVA House, a brand combining the author’s collections of handmade porcelain and ceramics ware, interior items and women’s natural fabrics clothing collections. Made a partnership program Kallista Ivanova international artist and sculptor. She is the author of a style in art called ARTKALLISTA.

Ruslan Gaysin, the head and owner of City 78 with an annual turnover of € 25,000,000, will be nominated for the prestigious Congress Awards Cannes Mipim Time in conjunction with The American Reporter & The New York Journal. The Presidium of the Congress invited Ruslan to become an honorary co-organizer of the global initiative: investment – trends and accents 2020.

The organizers of the Congress Awards concluded a new partnership in fashion investors industry with Victoria Vavilova – CEO / Founder of German Style Academy. The company, based on the organization and holding of events around the world in a circle of leading experts (plastic surgeons, designers from Couture, top models) in the field of fashion and Fashion industry. Victoria – Top model of IMG world, her customers G. Armani, R. Cavalli, Missoni, V. Westwood, Zuhair Murad and others. Organizer of the Fashion Show in Russia, Finland and Germany. 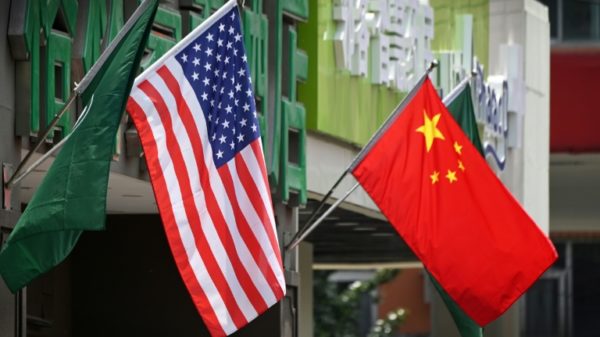 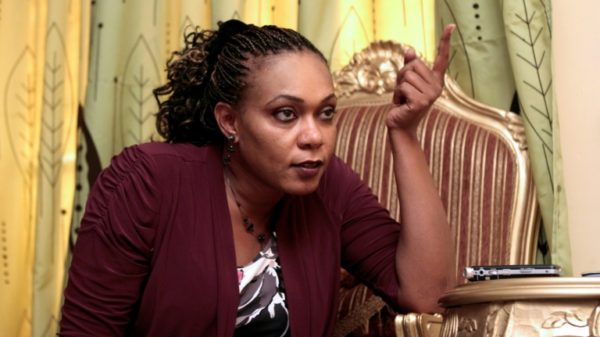