The future belongs to an almost evolutionary development of mankind: the Homo stimulus. In an interview, Andreas Herteux explains this in more detail and gives an outlook into the future. 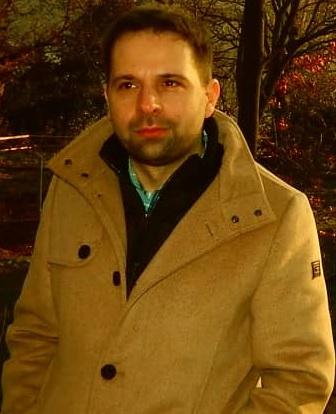 Interview with Andreas Herteux (www.andreasherteux.com), head of the Erich von Werner Society (www.understandandchange.com), about the man of the future, the homo stimulus

Mr Herteux, you describe a new type of person who will dominate the future. What is this homo stimulus actually?

A homo stimulus is a person who is conditioned in such a way, who is used to a permanent confrontation with highly frequented, short as well as artificial stimuli and who can or wants to elude them only partially or hardly. On the contrary, certain stimuli are often demanded or a corresponding stimulus dialogue is initiated.

This sounds complicated at first.

But it is not. Imagine your everyday life. You ride to work in the subway and see dozens of people around you using their smartphones. The impression that these people consider permanent confrontation with stimuli to be normal, are looking for, perhaps need, could therefore arise even if you have never heard the term “homo stimulus”.

Modern media allow the recipient of a stimulus to be addressed in a more targeted, trenchant, faster, more extensive and more direct way. At the same time, this development has also changed the classic media, because texts are often shorter, simpler or cuts in visual media are faster and more intensive. We therefore live in a modern stimulus society.

At the same time, however, people are also developing who simply get used to this form of stimulus response and adapt to it. It is therefore always mutually influencing interactions that have shaped these changes.

Whether this is only a conditioning process, i.e. a learning process, or whether the brain functions have also changed massively in such an environment, we can leave open at the moment, although numerous studies assume that the brain, and presumably also the nervous system, adapts accordingly and reprogrammes itself in a certain sense. As is well known, the areas cannot be clearly separated anyway. However, in the field of neuroscience, there is no doubt that there is still a lot of research to be done in this respect.

What is the central difference between the stimuli of the past and those of today?

The central difference is that all the stimuli of former times, and it should not matter whether they were generated by television, radio, decorated shop windows, catalogues or whatever, have generally not managed to penetrate into the innermost private sphere of human beings in the long term and establish themselves there as an essential part of their own lives. The relationship between the human being and the stimulus was simply different. You can turn off the television. However, modern media often mix up person, personality and stimulus, as it is usually embedded, personalized. Just think, for example, of the importance of social media or just their likes for self-esteem. This difference is the key to understanding a new era, that of collective individualism, which is shaped by the modern stimulus society, but also by behavioral capitalism, among other things.

Is the homo stimulus easier to manipulate?

It is undisputed that a large part of the new stimuli, which are today, incidentally, created in large numbers by machine or artificially by algorithms, serve to produce a certain behaviour. Homo stimulus, however, is used to dealing with a large number of them simultaneously. He does not perceive the majority of the stimuli at all, but has developed certain filter techniques, which in turn depend on the person and his or her character. The attempt to influence him therefore often comes to nothing.

However, the fact that the stimulus transmitters in the modern stimulus society have more possibilities to penetrate to the innermost, lets assume that influencing behavior has not become more difficult. It is no coincidence that human behavior has become the production factor of a completely new form of economic activity: behavioral capitalism, which would not have been possible to establish without technological development and other interactions. Today, however, it is the dominant form of capitalism, although all too often it is not perceived as such.

Is the homo stimulus now the man of the future?

It looks as if the homo stimulus will become the dominant form of man.

And if people were to resist?

This implies that the homo stimulus would fundamentally have something bad about it. But in fact, it is only a development and adaptation. Certainly, at the moment there are still many ways to limit the influence of the stimuli.

However, with each passing year, we will have to do without more and more conveniences and, in some cases, vital applications, just think of the coming breakthroughs in AI research or medicine.

Of course, this would somehow work out, because after all, even in the middle of the 20th century, in certain constellations, perhaps as a farmer in the countryside, one could still largely escape industrialization.

But one should not forget that children and grandchildren grow up in the age of collective individualism, that is, in the midst of behavioral capitalism and the modern stimulating society, and will not know anything else.

The exciting question, however, will be a different one: What role will causality play in the future.

What do you mean by that?

Already today, many of the highly frequented stimuli are only partially coherent. For example, when dozens of messages are watched or short videos are played that are forgotten only seconds later or are suppressed by new stimuli. Often only the analyzing algorithm, not the user, knows the context.

Wouldn’t it be possible that causality is an overestimated component and that in the near future a part of humanity will simply, parts of the day, jump from stimulus to stimulus? And be completely satisfied? Of course we can hardly imagine this today, and yet we must not keep our eyes closed for future developments.

One of the big questions of the future will therefore be that of causality. First a philosophical one and then a very real one.

Many thanks for the conversation!