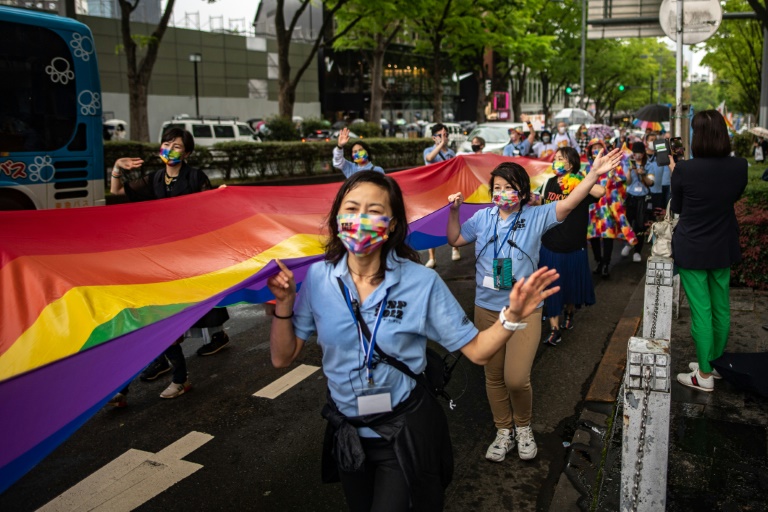 Tokyo will begin recognising same-sex partnerships from November after revising current rules, officials said Wednesday, becoming the largest city in Japan to do so.

Japan is the only nation of the Group of Seven countries that does not recognise same-sex unions, and its constitution stipulates that “marriage shall be only with the mutual consent of both sexes”.

But in recent years, local authorities across the country have made moves to recognise same-sex partnerships, although such recognition does not carry the same rights as marriage under the law.

“We collected opinions from the public for the past two months and we heard opinions (from same-sex couples) who said they want to be recognised as partners,” a Tokyo government spokesman told AFP.

The metropolitan government plans to ask legislators to approve revising a local ordinance next month, and will then begin accepting applications for the certificates in October and issuing them in November.

The city is considering offering various services currently only available to married couples to those with the partnership certificate, including applying for city-administered apartments, the spokesman said.

Many areas have followed suit, with activists saying more than 200 municipalities now recognise same-sex partnerships, granting couples rights including the ability to visit a partner in hospital and rent property together.

In a landmark ruling last year, a court in northern Sapporo said Japan’s failure to recognise same-sex marriage is unconstitutional, a verdict hailed by campaigners as a major victory.

But Japan’s Prime Minister Fumio Kishida has been cautious on the possibility of any legislative changes at the national level to recognise same-sex unions.

Taiwan is currently the only place in Asia with marriage equality, having taken the unprecedented step of legalising same-sex unions in 2019.