The Oxfordshire Hotel is a relatively new facility, and it overlooks then established Oxford gold course. Oxfordshire is a county in South East England, home to the city of Oxford and its university. The English county has an area of 2,605 square kilometers (or 1,006 square miles.) It boasts some of the most beautiful countryside that England has to offer.

A view of the edge of the golf course and the splendid countryside, as seen from within the hotel.
Tim Sandle

The hotel is located in Thame, which is a market town and civil parish located 9 miles out from Oxford city center. Thame is a very old settlement. It was founded in the Anglo-Saxon era and was in the former kingdom of Wessex. 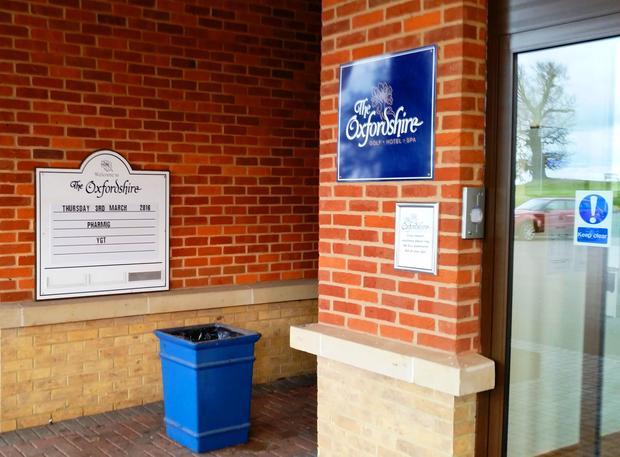 The logo for The Oxfordshire Hotel, located by the hotel entrance.
Tim Sandle

The hotel itself was built a couple of years ago, and is it slowly gaining attention. 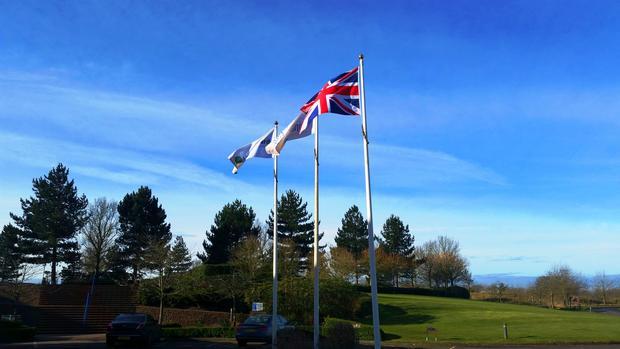 The front of the hotel, with the union flag fluttering alongside golf related flags.
Tim Sandle

The main attraction is its golf course. The hotel is located in the heart of the Chiltern Hills (often simply the “Chilterns“.) The Chiltern Hills form a chalk escarpment in South East England. A large portion of the hills was designated officially as an Area of Outstanding Natural Beauty in 1965.

The hotel has 50 bedrooms, and offers spa facilities (with services like massages, some of which are orientated towards sport injuries, which is handy given the association with the gold course).

The bedrooms are of a good size, with comfortable beds. 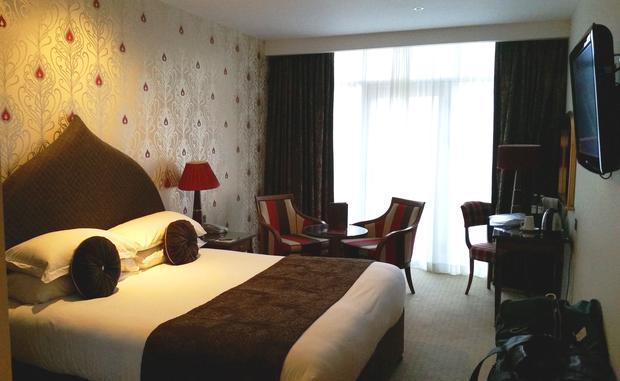 In each room is mineral water, branded with the Blenheim Palace logo. Blenheim Palace is a monumental country house situated nearby. The mansion was the birthplace and ancestral home of Sir Winston Churchill. 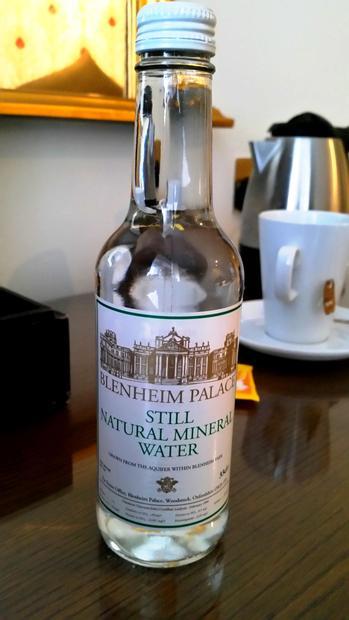 The golf course is registered by the U.S. PGA and it is of championship standard. A couple of golfers I spoke with said the course is well-regarded as “one of the most exciting courses in the country.” 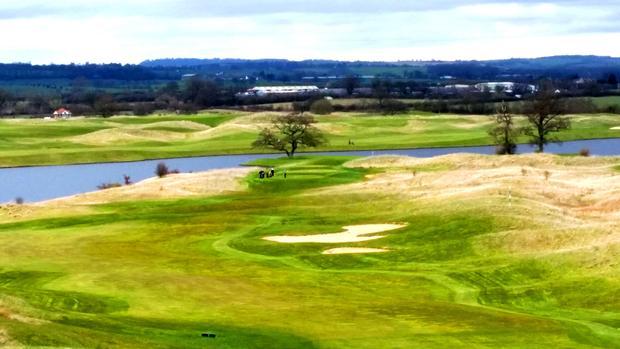 A view of the championship golf course, with golfers in the distance.
Tim Sandle

The golf course was designed by Rees Jones, who was behind the U.S. Open courses of Torrey Pines and Bethpage. The course follows a links design, with four lakes and 135 bunkers. 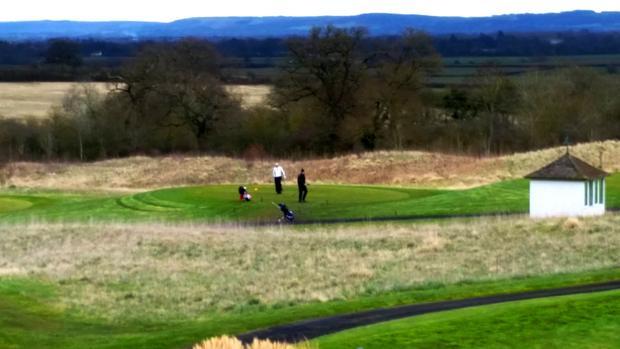 Long shot of some golfers struggling to make the vital put.
Tim Sandle

The a number of major tournaments have been played at the club. These include the Benson & Hedges International, Andersen Consulting World Championship and Ladies English Open. 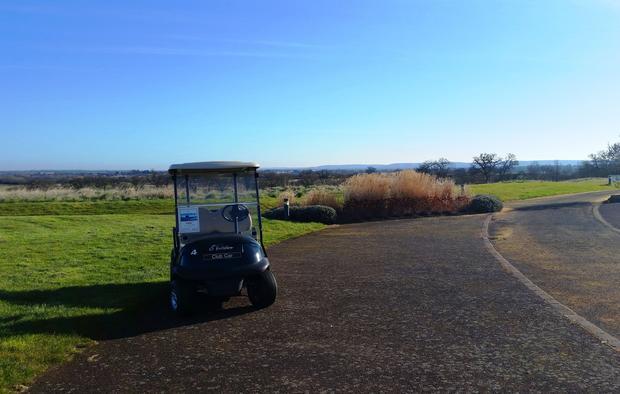 A golf cart sits waiting early in the morning, ready for the first golfers to arrive.
Tim Sandle

Throughout the hotel, especially close to the bar area, are various sporting memorabilia. The photograph below shows a cabinet of golfing related items. 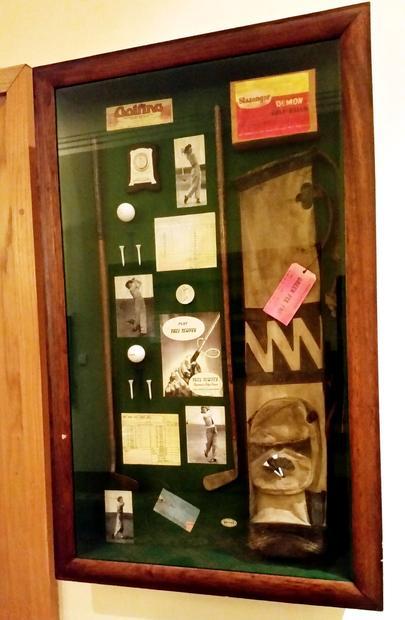 The history of golf captured in a cabinet in Oxford.
Tim Sandle

Nearby there are trophies and further cabinets of golfing treasures. 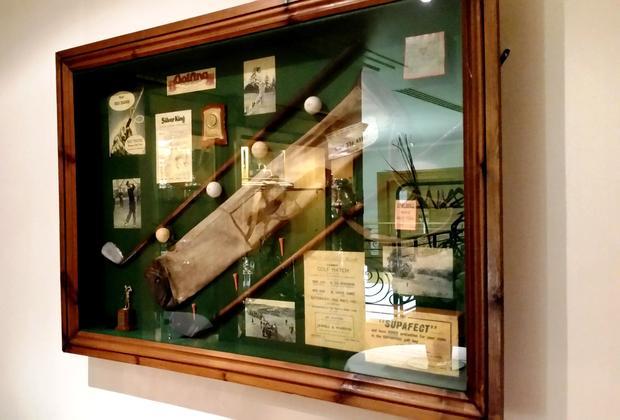 The are some impressive fixtures, such as this large chandelier that hangs over the hotel reception. 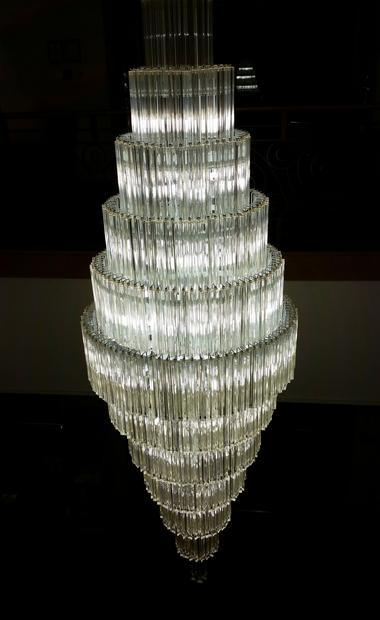 The hotel is nicely decorated, in a modern style. The corridors are well-lit and the hotel feels ‘safe’. 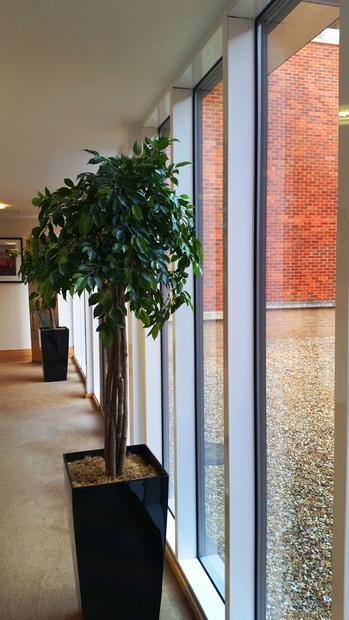 A walkway at The Oxfordshire Hotel, with decorative plants.
Tim Sandle

The hotel has a bard and restaurant, both selling food. The bar leads out onto a balcony. 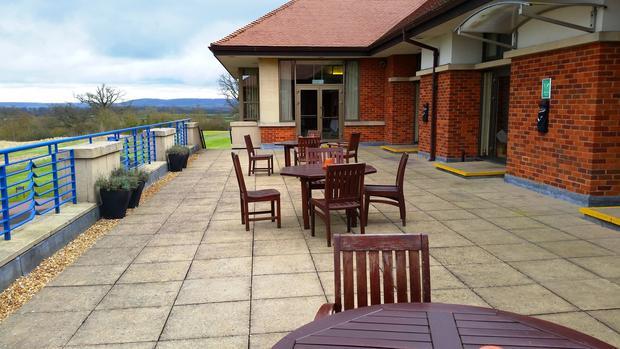 The hotel bar balcony, at The Oxfordshire Hotel.
Tim Sandle

The dining room is compact, and a little formal. 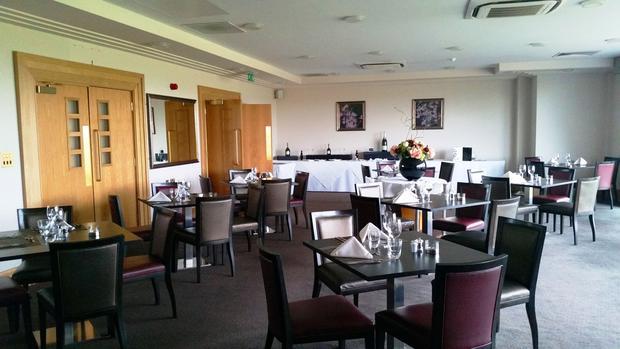 However, it offers a delightful view of the golf course. 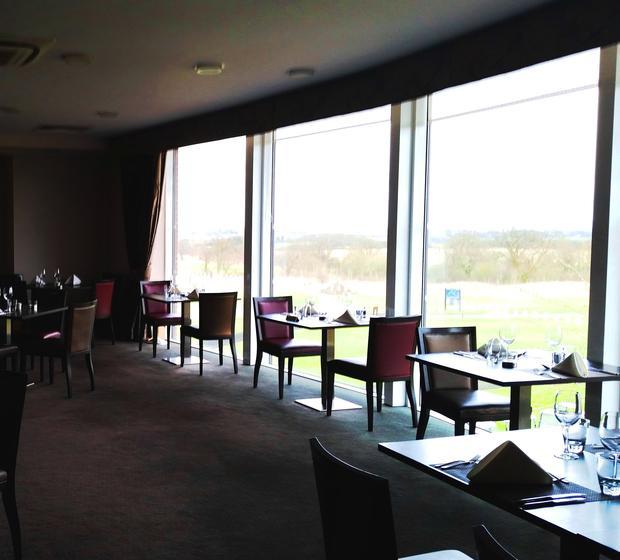 The dining room of the hotel, overlooking the golf course.
Tim Sandle

The hotel offers and comfortable stay in a good location. The only downside is the food. The menu is not overly inspiring and the vegetarian “options” (two relatively similar pasta base dishes) underwhelming.

Aside from the food issue, if you are a keen golfer, it’s a place to opt for, and if you like the countryside, the views are breathtaking. 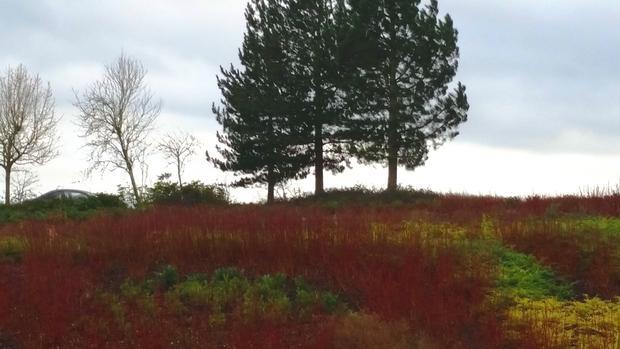 Red colored grass interweaves with the green, leading up to two trees, in the grounds of The Oxfordshire Hotel.
Tim Sandle
In this article:Bethpage, golf course, Golfing, oxford hotel, Rees Jones, the oxfordshire, Torrey Pines