It is not every town or neighborhood that has a Pulitzer-prizing winning author in its midst. San Francisco’s West Portal district is lucky to be home to journalist and author Matt Richtel. As he etches out the angles of complexities of technology and contemporary issues the author fully embraces technology as well as delights in the everyday life of the neighborhood.

When this reporter asked Richtel his thoughts on the honor of being awarded a Pulitzer-prize he said, “I no longer get any more milage with it with my wife. I still have to do chores around the house.”

But joking aside, Richtel sees it as an honor, especially being awarded for important work. In 2010 his New York Times series on the dangers of texting and driving “put the issue on the map,” he said. “It is very gratifying.” His work gives witness to the fact that technology will not be going away.

Fellow journalist and Pulitzer-prize winner, Thomas L. Friedman in his new book talks about these times as being an ‘Age of Accelerations.” He would agree with Richtel, as Friedman says, “we are living through one of the greatest inflection points in history.” Also, like Richtel in his writing Friedman likes to take a complex subject and look at it piece by piece so to understand it better.

It is this determination to understand complexity that serves Richtel. Even amid the most skeptical of circumstances, he views technology as a positive force not a negative one. It is true technology has unforeseen and even unintended consequences in the mix, but human nature as he unveiled in the article series and even nature itself are often just as great a part of the chaos.

That then became the basis for the non-fiction book, “A Deadly Wandering,” which has since gone into its 12th printing, as well as becoming a NY Times Bestseller. The book continues to be held in esteem, being included on the ‘required reading’ lists of many schools and colleges.

Originally from Colorado, Richtel got his Bachelor’s from U.C. Berkeley then transferred to Columbia University to receive a Masters of Science degree in Journalism. He joined the staff of the NY Times in 2000 after working as a reporter covering Palo Alto and Silicon Valley and its tech industry for The Peninsula newspapers and then for the Oakland Tribune. 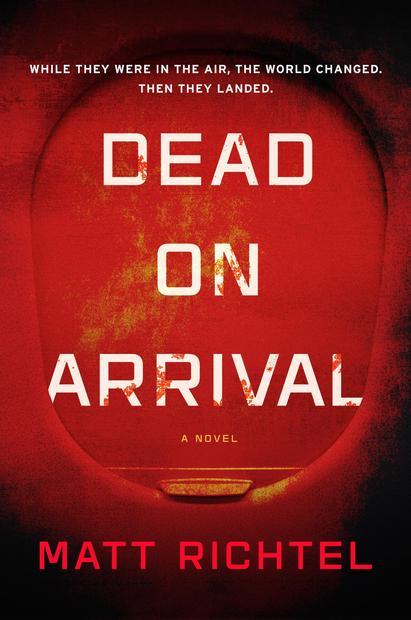 Still, even with this stellar journalistic and literary distinction, Richtel is not one to rest on his laurels no matter how comfortable or prestigious. His current novel “Dead on Arrival” which will be featured at Bookshop West Portal this month on Aug. 22, is already being heralded by critics, comparing it to a Michael Crichton thriller.

When not writing about tech, he is delving into the complicated subject of immunology, cancer and and other health science topics. But underneath the serious subject writer and the mystery-thriller genre author there is his fun-loving humorous side. “I like to write songs,” said Richtel. And if that were not enough creative outlet, he has also been the creative force behind a syndicated comic strip called Rudy Park.

Richtel considers technology as something exciting — not to be feared, but a marvel and a great tool. “It is because of technology that I am able to write for the NY Times with my bosses in New York on the East Coast while I get to live here in San Francisco. Telecommuting makes that possible,” he said.

Yet, he cautions that it is the pace of change due to technology that contributes to humanity’s “blind-spot.” Civilization over the eons has established many building blocks. “What’s different about now is that knowledge (and data) is building on itself. As society changes we are introducing things that are a mismatch with us as humans.”

An example for Richtel is this idea of ‘multi-tasking.’ “Our human brains just are not built that way, despite the popularity of the concept.” Hence the closer look at the dangers of texting while driving.

The other aspect that technology seems to bring out in humans more these days according to Richtel is hypocrisy, “It is a major blind-spot. Technology can also make us both smart and lazy,” he said. Optimistically, the tech tools we have today can help humanity look at its blind spots. “Take advantage of technology but don’t let it distract you,” he said.

Perhaps it is that balance that he strives to achieve which helps him be so successful at what he does. His wife Meredith and two children are the anchors in his life and San Francisco is the harbor.

Richtel savors the small-town like atmosphere of West Portal. “I enjoy hanging out at Greenhouse Cafe on West Portal Ave, it is where I do some of my writing,” he said. Richtel is in good company there, it is were locals go to relax, study and indulge in the ‘Nutella Latte.’ And, naturally his most favorite spot on West Portal Ave is Bookshop West Portal, where his book is now spotlighted and on sale. Though, thanks to the advantages of technology, it’s also now available online.