Shining the spotlight on people with disabilities is what events like Superfest are all about. And this year, for Superfest’s 30th Anniversary, a documentary film called “Terminal Device,” is being distinguished for its complex yet honest and personal look at prosthetic limbs.

This is a topic that has been featured in mainstream films, but seldom from the viewpoint of a person with the prosthetic. “I consider the work more of a ‘film essay’ rather than just a documentary, said filmmaker Ross Turnbull. “In fact, he said, it is almost a polemic; a bit of an argument. I am presenting an idea and asking the audience, ‘what do you think?’ I have seen a lot of films and it is interesting to explore contradictions, especially in cinema when it has to do with cinema’s representation of reality.”

This reporter mentioned to Turnbull that over the past 15 years, prosthetic limbs seem to be in the spotlight more. As for example, according to the U.S. Dept. of Veteran Affairs, the total number of Veterans using prosthetics, sensory aids, and related services from VA has increased by more than 70 percent since 2000.

“My focus was to look at the disability of prosthetic as it has been depicted in cinema. And for me, this film is from my personal point of view. I was born with one arm missing at the elbow; so, I have a prosthetic that works to fill in for my missing wrist and hand on one arm. I have had a prosthetic as far back as I can remember,” he said. 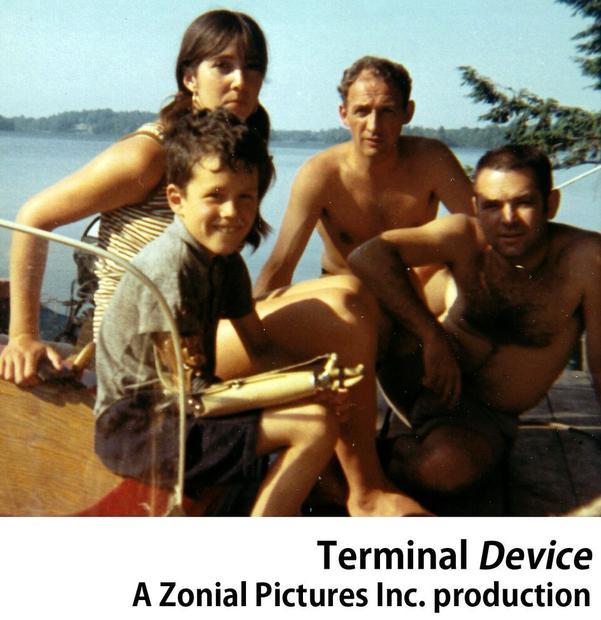 As he pointed out, that while amputees (especially among veterans) have increased, “many people in need of a prosthetic limb can’t afford one. High tech devices may seem wonderful at first and yes it is a marvel. But they are very complicated to use, and vey expensive” said Turnbull. “They require batteries, make a noise and are very heavy to wear. I much rather use the basic form, the one with the hook I have is much easier to use.” This is where the film gets its title.

Turnbull examines what is it about a prosthetic that makes people react. “I am used to people staring and then again, I am taken aback at how people can respond so positively as well as react so negatively.”

Despite his prosthetic, Turnbill describes himself as “a family man living a work-a-day life.” He and wife Jennifer of more than 35 years, raised their children and work together on their films. They share in a full and rewarding life. “I play hockey,” said Turnbull, “and to the fellows I have been playing hockey with for the past several years, I am one of them. They see me as part of the team.” A native of Canada, Turnbull noted that few Canadians can ignore hockey. Turnbull mentioned that since he joined the team as a way of socializing and exercising, it has become a highlight of his week.

Turnbull sees his life as exciting and full, while others might view his circumstance of having a prosthetic with pity. “My film explores the stereotype,” he said. “And, as I researched, I found that ‘a man with a hook’ (so to speak) in film can be traced back to the days of silent film, with the movie ‘Metropolis.’ Then there was 1932’s ‘Tiger Shark’ starring Edward G. Robinson and the one most dearly remembered is ‘The Best Years of Our Lives’ from 1946, directed by the well-known William Wyler.

In ‘Tiger Shark,’ the ‘man with the hook’ is expected to just step aside and let his adulterous wife take up with her lover. Yet for Turnbull, disability is a part of life not the end of it. Trying to find positive and accurate portrayals of people with disabilities in cinema is not easy. “Making the film took almost five years,” he said. And, that was not in simply raising money to make the film.”Much of the time was spent in cutting and in the editing. Finding the clips and then editing it was like working with a collage, especially with regards to the sound. A lot of that collage is the sound, the many, many voices from all the films.”

One of the things the organizers of Superfest pay close attention to is not only the subject matter of the films they feature but the accessibility. Voice narration for the visually impaired is just as vital to the images/films presented. Superfest provided the audio-description through Michele Spitz of Woman of Her Word, who also sponsored and voiced the audio description for ‘Terminal Device.’
“It’s amazing how Michele navigated through all of it,” he said. “She did a wonderful job. Because, there was so much dialog to sort from all the movie clips and interviews.” 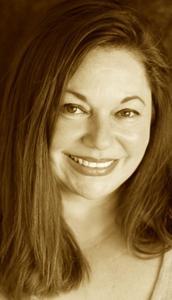 “I loved voicing this film, said Michele Spitz, “as it was like no other I’ve worked on before!”
Courtesy of Michele Spitz and A Woman Of Her Word descriptive audio and narrative services

Turnbull is grateful and amazed at how everything has unfolded not only for ‘Terminal Device’ but his entire career up to this point. He noted that it was just by happenstance that he became a filmmaker. “I took a class at Queens University in Ontario and it changed my life,” he said. What had initially been an elective course, soon turned into a passion that would set Turnbull on his future path.

The class he took was with Robin Wood, then a professor and lecturer at the university. Originally from Surrey, England, Wood was an academic. As described through Wikipedia, he taught English in the UK, then France and Sweden. But it was his essays about the movies of Alfred Hitchcock which after being published changed his life. And from then on Wood dedicated his life to the study film, becoming a leading film critic and film studies expert.

“Growing up in Ontario, we lived out in the country,” said Turnbull. “I did not see movies much. Yet taking this class with Prof. Wood, the world just opened up to me and I fell into it. I became so passionate about film. I instinctively aimed for directing, screenwriting, editing. To focus on those strengths was key and not to get stuck on the setback.”

From that time on after Wood’s class at university, Turnbull has built a rewarding career in film-making. “For me film-making is independence. The downside is the limits with budgets and fundraising. But I do respect the business aspect to it,” he said. In the early days of his career Turnbull mentioned he had to do various projects, like commissioned projects. “I have made lots of short films and I made two feature-length dramas. But ‘Terminal Device’ is my first full-length documentary.” At this point in his career he wants to focus on the subjects and issues that interest him; and not as he said, “just chase after making money.”

When asked if he wanted to be as famous as award-winning documentary film-maker Michael Moore, “I am not out to make a brand or to set forth a certain style. I just want to make films, especially the type of films I want to make,” he said.

“Ross has been a fixture in Toronto’s experimental film community for a long time now,” said journalist Jason Anderson. “He has been one of the co-founders of the Images Festival, which has supported and fostered a tremendous amount of great work at the fringes of film culture. I’d liked his work before, Anderson said. So, I was flattered when he asked me to provide some comments for the ‘Terminal Device’ film.”

Organizers of Superfest are pleased with Turnbull’s work. “There are just not enough stories out there in film, that show people with disabilities living a thriving life,” said Superfest coordinator, Emily Beitiks. Usually when Hollywood makes a film that includes a person with a disability it is more about what has been taken away and not what that person brings to the story.

She pointed out that reaching its 30th Anniversary, Superfest is the world’s longest running disability film festival. Beitiks who is also part of the Longmore Institute on Disability at San Francisco State University, noted that the Longmore Institute partners with the LightHouse for the Blind to run Superfest: International Disability Film Festival. And, that coordinating the film festival helps to promote and empower people with disabilities tremendously like few other events.

To have Superfest is very affirming. Turnbull is grateful to Superfest “And to Michele Spitz for her tremendous generosity,” he said. He recognizes cinema as a universal venue that brings everyone together, from all walks of life be they disabled or not. Empowering people with disabilities is a cherished goal for Superfest and for Spitz. She will also be one of the awards presenters at the upcoming festival this Oct. 22.” I am honored that I was able to contribute towards Ross’ travel from Canada to attend Superfest,” said Spitz. “And to be able to donate the funds towards accessible media components used for the festival,” she added.

‘Terminal Device,’ A Zonial Pictures Inc. Production will be featured at the 30th Annual Superfest International Disability Film Festival. The festival will be a two-day event, Saturday Oct, 22 at the Magnes Collection of Jewish Art and Life in Berkeley and on Sunday Oct.23 at The Contemporary Jewish Museum. For more information visit the Superfest web site.