She was eager to hear the name of her husband read from the list of recently deceased veterans. Long-time Sonoma resident Steve Ostram was her husband of 43 years. Each year, the town of Sonoma hosts a memorial that is a tradition, just like many towns throughout the nation.
Kathy makes a point of attending the ceremony each year. Yet this year was most important because Steve Ostram died at home on April 20, 2016.
He was a Vietnam Veteran and father of two sons, Seth and Andrew. “He was affected by the Agent Orange chemicals that were used during the war, she said. Complications from it impacted him for the rest of his life. Towards the last years of his life health problems were constant.” 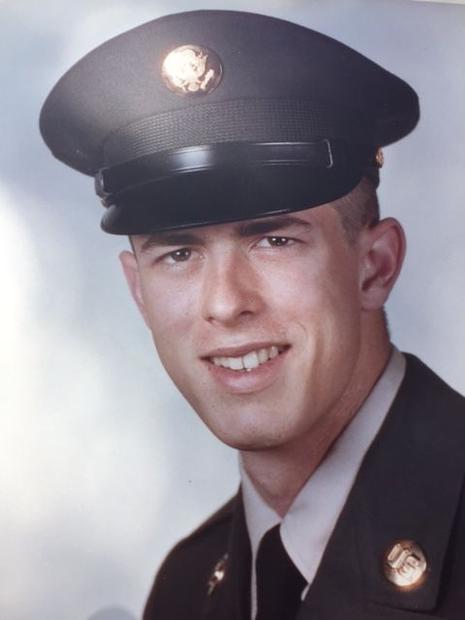 “Steve enlisted when he was 18, said his wife, Kathy Ostram. And he got sent over to Vietnam in 1963 before the U.S. officially got involved.”
Courtesy of Kathy Ostram and the Ostram family

Kathy talked about a time in America when serving in the military was something that was expected and patriotism was strong: “Steve enlisted when he was 18. And he got sent over to Vietnam in 1963 before the U.S. officially got involved. Vietnam was once part of the French colonies – French Indochina. When Vietnam became divided with political unrest the threat of communism began to spread. The French asked the U.S. for help.”
“The French pulled out. Yet because the U.S. had such an anti-Communist stance,” she said, “Fears that all of Asia would become communist spurred the increasing of U.S. Military forces in the midst of the struggle of a divided Vietnam.”
“It was very complicated and as we all know,” she said. “It was a very unpopular war, which inspired much of the Peace Movement throughout the nation. Steve was among the very first troops over there.” 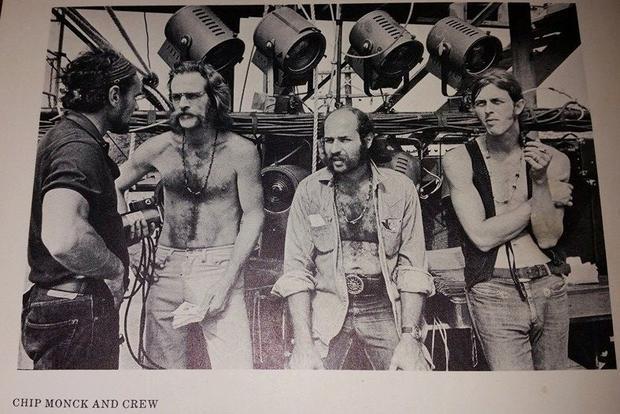 After serving in Vietnam, Steve Ostram (at far right) worked in construction and building. Working as part of the crew for concerts such as Woodstock and for the legendary Bill Graham of the Fillmore Auditorium was some of the happiest times of his life.
Courtesy of Kathy Ostram and the Ostram family

Kathy said she and Steve had met while she was a working at the University of California Medial Center in San Francisco. “I got the job at UCSF Med Center after I completed my bachelor’s degree as a journalism major at San Francisco State University,” she said. Kathy’s connections with journalism at SF State University brought her into the music scene that was happening in San Francisco in the late 1960’s and early 70’s.
She recalled those days. “Among the many things Steve did after serving in Vietnam was he liked to work with his hands, building things, making things. He was working for Bill Graham of the legendary Fillmore Auditorium, helping to set up and take down for concerts. Steve was one of the crews that helped set up for the Woodstock concert in upstate N.Y.”
Kathy smiled when she said, “Steve had said that among the most memorable times of his life were those times; “because he got to meet all the now legendary musicians of the day, even John Lennon of the Beatles. Steve had lunch with John,” she said. “How cool is that!”
Kathy recalled many more “great times” of those days, going to concerts, events in Golden Gate Park and being part of San Francico at a unique time, when things were not as high tech. As the turbulent energy and excitement of the 1960’s simmered down into the 1970’s, Steve and Kathy got married.
“I let go of the job and my life in the City as Steve asked me to marry him. In those days, the wife was to follow the husband. I know that sounds odd by today’s standards. But that was what was expected then.”
Steve’s work in construction would take him and Kathy across the country to the East Coast, where he was from originally and back again. “We were looking for a fresh start, she said and happy adventure.” After some time spent in Oregon, the Ostram’s settled in Sonoma raising their two sons, Seth and Andrew. 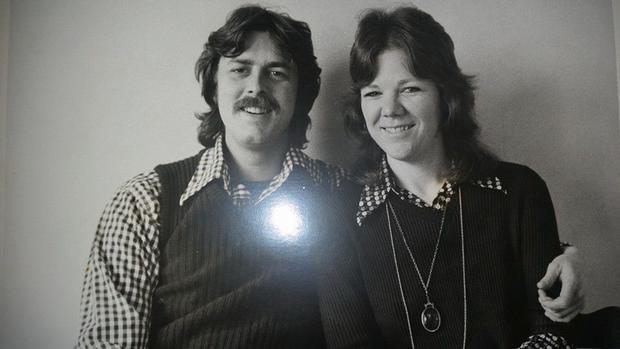 Steve and Kathy Ostram in the 1970’s, around the time they got married.
Courtesy of Kathy Ostram and the Ostram family

“Steve seldom talked about the war. Occasionally, he would mention something about Vietnam. But not often. Talking about the war was something most veterans did not speak about among civilians.” “Still, I know the experience of Vietnam made an impact upon him. And like so many who were there, it left scars both physical and emotional/spiritual.”
For many Vietnam Veterans much of that was the fact that the Vietnam War was a very costly war and it was one that America did not win. Unlike World War II, for the Vietnam Vets there were no nationwide celebrations, like on V-J Day when on August 15, 1945, WWII was officially over.
The fall of Saigon signified the end of more than a decade of conflict. But for the Veterans returning it was very bitter. Journalists who reported on the war, such as news anchor Walter Cronkite saw that the war was futile – “stalemate.” Since the decades following the war, historians and scholars have examined the events frequently. Officially, the war is referred to as The Vietnam Conflict. The recorded number of those killed are as follows: according to The Extract Data File of the Defense Casualty Analysis System (DCAS) Extract Files contains records of 58,220 U.S. military fatal casualties of the Vietnam War. Yet, that only tallies U.S. soldiers. It says little about the millions of civilians in Vietnam who died. Any war is a costly war, especially when it takes so much human life and resources. 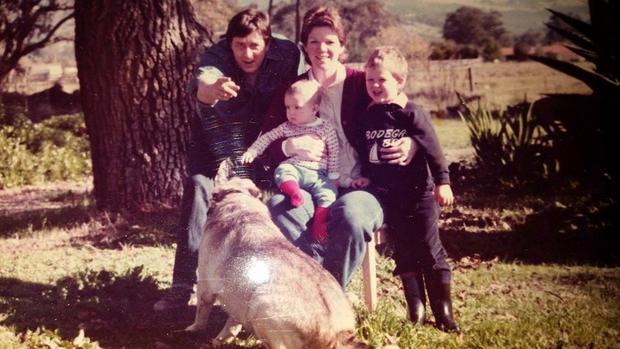 After living and working in Oregon for a while, Steve and Kathy (seen here circa 1982) decided to settle down in Sonoma and raise a family.
Courtesy of Kathy Ostram and the Ostram family

While the annual ceremony included WWII, the Korean War, Vietnam and the current War on Terrorism in Afghanistan, for those who recall the days of the Vietnam War, having a few moments to grieve helps with closure and hopefully some healing. 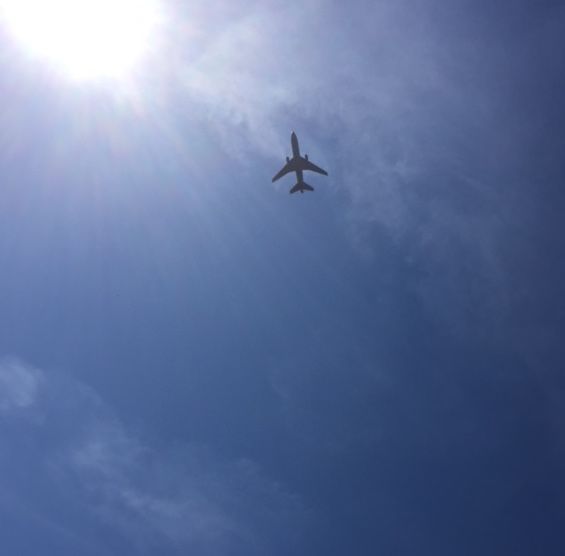 Even though in the last years of his life Steve Ostram was in declining health, he was pleased to be a grandfather. Blessed with two grandsons and one granddaughter, Ostram was thankful. His family asks that friends donate to a Veteran’s organization of their choice in his honor. And, that plans for a memorial celebration of his life will be announced later.