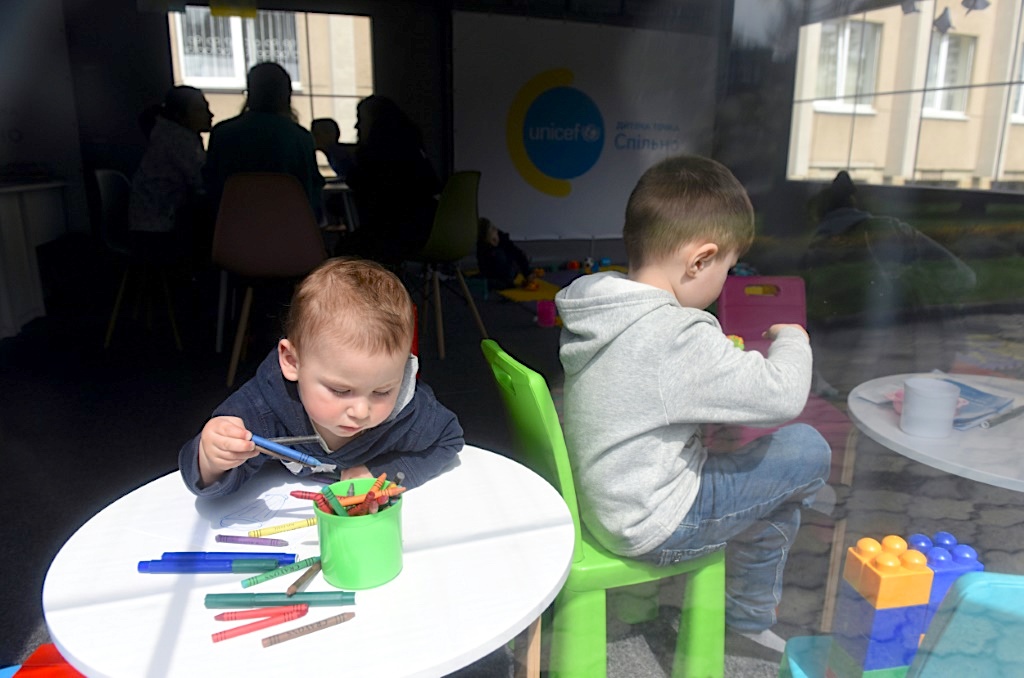 Inside a play tent for displaced children in western Ukraine, 12-year-old Natan said his cat Marquisa was not acting normally, sleeping all day and staying awake all night.

Maybe it was because she was so stressed after all the Russian bombs on his home city of Mariupol, he said, as his fluffy white pet snoozed curled up in her carrier box.

Leaving her to rest, he joined other children playing, some stacking cubes under dangling origami, others colouring cartoon characters with crayons.

Russia’s invasion of Ukraine has forced at least two thirds of the country’s 7.5 million children to flee their homes, Save the Children says.

As the war grinds on into its 10th week, organisations working with children are increasingly concerned about the mental toll it is taking on younger Ukrainians and their parents.

Outside a municipal building in the western city of Lviv, Natan waited in the tent set up by the UN children’s agency for his parents to finish government paperwork.

Under the canvas, a mother steadied her wobbly toddler in an avocado-themed jumpsuit. Natan crawled around the play mat, giving a younger child a ride on his back.

“He’s always been sociable,” said his mother Olena, returning hours later to retrieve him from the caregivers.

But that evening Natan and his parents were catching the train eastwards to start a new life in the capital Kyiv, and she believed that below his smiley demeanour her third-born was a little worried.

“He’s afraid to go there. He survived the bombardment (in Mariupol), he knows what it’s like,” the 51-year-old medical assistant said.

The family arrived in Lviv in early April after escaping the besieged port city of Mariupol, braving Russian shelling to run back from a shelter into their burning flat to rescue Marquisa the cat. 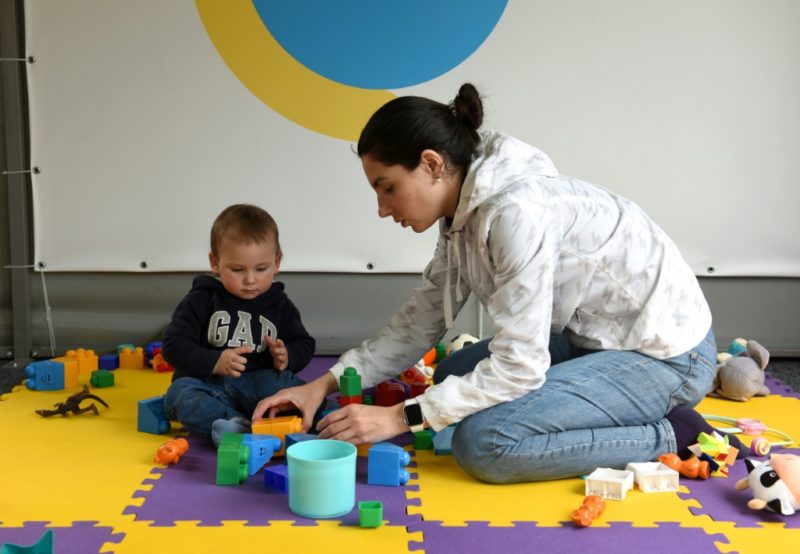 Child psychologists warn trauma could well manifest itself at a later stage, and the country should brace itself for a mental health landslide. — © AFP

But sleeping on a schoolroom floor in Lviv has been far from ideal, and it was time to try their luck in Kyiv after the Russians withdrew from its devastated suburbs.

Since escaping Mariupol, Olena accompanied her 16-year-old daughter all the way to a youth hostel in Germany, she said.

But the mother-of-three said she had to remain in Ukraine.

The Russians had taken her 28-year-old son prisoner, she said.

And she had lost all contact with her mother in Mariupol, a city now almost entirely under Russian control after weeks of brutal siege.

“I can’t just leave with my children. I need to find my mother and my son,” she said.

As Natan and his parents walked off with Marquisa in her box, the young boy in a stripey jumper turned around and waved goodbye.

Just hours later, a Russian missile hurtled down onto the capital even as UN Secretary-General Antonio Guterres visited, killing one person.

Child psychologist Natalia Tybura said she had seen many parents and children in the UNICEF tent since the conflict started.

Several came asking for advice about a son being more aggressive than usual, and she advised them to allow their child to vent through sport.

But many more parents, especially those who had escaped Mariupol, just wanted to confide in someone.

They often felt wracked with guilt at having been forced to leave a loved one behind, or desperately wished they had brought along more images of their family.

“What people regret the most, more than property, are the photos they could not take with them,” Tybura said.

“Many people talk about family albums, and some were even forced to delete the images on their phones” to be able to cross Russian checkpoints out of the city.

Tybura said that among the worst hit, she had seen children who had fled Mariupol on foot with their families after weeks of being trapped inside the city.

“Their minds had switched to survival mode,” she said.

But she warned trauma could well manifest itself at a later stage, and the country should brace itself for a mental health landslide when the war ended.

“There will need to be a lot of support,” especially for families with members returning from the front, Tybura said.