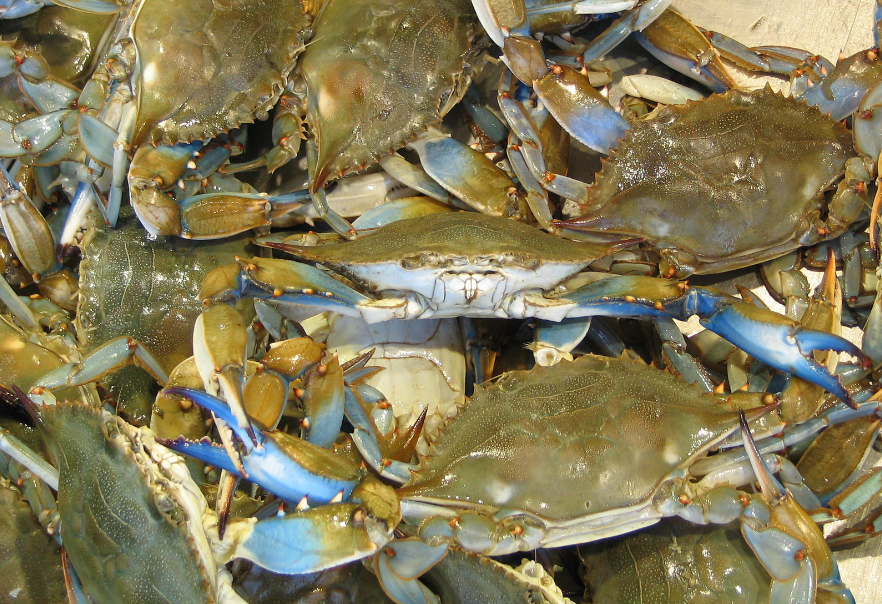 Scientists on the latest dredge survey said factors like pollution, predation, and a sex imbalance in the blue crab population could be among the factors contributing to the decline.

According to the latest winter dredge survey by the Maryland Department of Natural Resources, the number of slumbering crabs, and the total blue crab abundance in the Chesapeake Bay in 2022 is estimated at 227 million crabs.

That number is down from the 282 million crabs tallied last year and is the lowest level ever recorded in the 33 years of data. The all-time high of 852 million crabs came in 1993.

Many scientists from the Maryland Department of Natural Resources and the Virginia Institute of Marine Science who participated in the dredge survey this year grew wistful, thinking about summer on the Chesapeake Bay.

“It’s something you do in summer. You pick crabs and spend an extended meal with wooden mallets and cold beer and tell jokes and reminisce,” said Thomas Miller, professor of fisheries science and director of the University of Maryland Center for Environmental Science, who has been part of the survey team since its inception 33 years ago. “All of the things we appreciate with family and friends happen around a crab feast.”

Specifically, the population has declined for female, male and juvenile crabs, with the number of adult male crabs also at an all-time low since the survey began.

Despite the overall low abundance, the number of spawning-age female crabs is estimated to be above the management threshold of 72.5 million crabs for the eighth consecutive year – an indication of a strong year of young crabs.

However, the estimated 2022 spawning age female abundance of 97 million crabs is significantly down from the 158 million recorded last year. Even more worrisome is the 2022 estimate of 28 million adult male crabs, which is the lowest estimate on record, reports Field and Stream.

Some factors leading to the decline in blue crabs

Miller says that this year’s survey actually gave them some new information to think about. “We don’t really know why” the population has declined, he said, but, regulations may have protected females at the expense of males, leaving too few to inseminate the females. “If the decline is related to sex ratio, you might have to start protecting male crabs,” Miller said, according to Inside Climate News.

The second factor to consider is predation – particularly by the blue catfish (Ictalurus furcatus), which can grow up to 5 feet long and over 100 pounds. The native distribution of blue catfish is primarily in the Mississippi River drainage, including the Missouri, Ohio, Tennessee, and Arkansas Rivers,

But the blue catfish was introduced into the James River in Virginia severe decades ago and is now considered an invasive species in the Chesapeake Bay. It has a ferocious appetite, and likely consumes a large number of blue crabs, Miller said.

The third factor to consider is the environmental damage such as reduced water quality and loss of habitat, among a number of other unknowns that can potentially contribute to the declining crab numbers.

The Chesapeake Bay Program, a regional partnership which directs and conducts the restoration of the Chesapeake Bay, says that the bay is the source of more than one-third of the total blue crab supply in the United States.

According to the Chesapeake Bay Foundation, the value of blue crab landings in Maryland is estimated to have hovered around $45 million annually for the past decade. Virginia netted close to $28 million from the commercial harvest In 2020 alone.

For Miller, the falling crab numbers are significant for cultural reasons as well as economic and scientific ones. Three species that live in the Bay, he said, are iconic to Baltimore: oysters, striped bass or rockfish, and blue crabs.

This year’s low numbers of juvenile crabs and the decline in adult female crabs will be considered as the Virginia, Maryland, and the Potomac River Fisheries Commission meets to discuss the 2022 blue crab season.