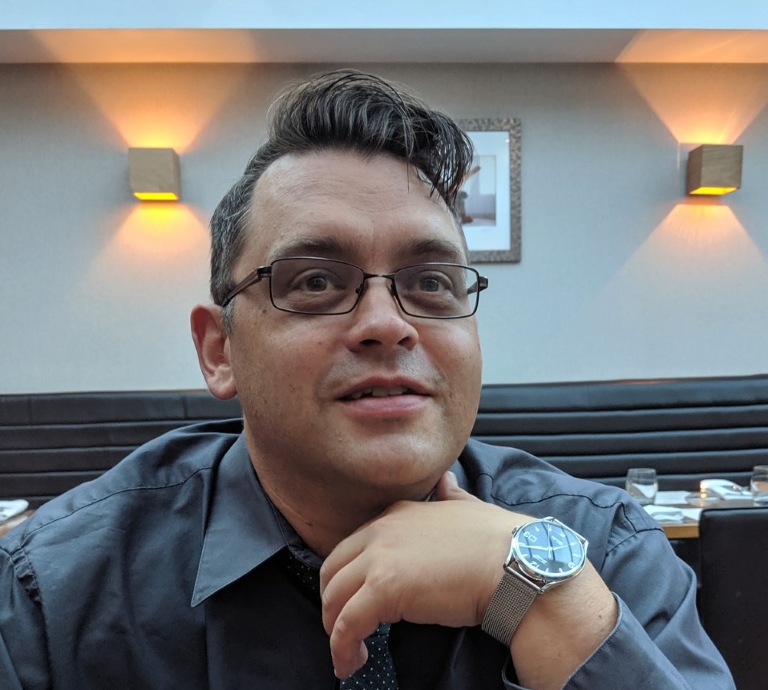 A single reality television moment made Mick a superstar and ruined his life. He lost eight years hiding out and dealing with the fallout of catching his fiancée, Molly, in bed with another man – and the fistfight with her lover, Parker, another cast member – that followed, while “The Mick and Parker incident” becomes the stuff of unscripted television legend.

With his comic book shop teetering on bankruptcy and to help his friend and onetime costar Annie stave off foreclosure, Mick reluctantly signs on to reunite with the cast and join them in an R.V. for a two-week scavenger hunt. Cross the finish line, and they’ll get a check big enough to sort out their messy finances. Before payday, Mick will have to conquer the festering feeling that surrounds Parker and Molly, as well as the contrived challenges requisite of network reality fare in snake sanctuaries, karate dojos, and spiritual healers sweat lodges.

Matt Schild is a writer based in Fort Collins, Colorado. He’s contributed to The A.V. Club, TV Guide, Village Voice titles, Military Times, and dozens of alt-weeklies that folded when the print industry imploded. If you bug him about it long enough, he’ll also admit to being the editor in chief of the underground music and culture website Aversion from 1999 to 2010.

Matt Schild was a founder of Aversion.com, an online publication dedicated to covering underground music and culture that ran from 1999 to 2010 and generated a still-surprising amount of hate mail. He also freelanced for outlets such as The A.V. Club, Military Times, T.V. Guide, and many others for 15 years, which generated the expected amount of hate mail.

These days, he works at an advertising agency in Fort Collins, where he rarely receives hate mail at all, though figures Completely Unverified is a great way to change that.

Every book, has a story about its creation, what’s the back story behind ‘The Completely Unverified True Story of a Reality Television Superstar’?

I had just started a job as an advertising agency copywriter about the same time I started Completely Unverified. It was quite a comedown from working as a journalist for so many years. It’d be a tough transition for anyone, I think, but this was particularly rough – it was a niche agency that specialized in, of all things, dental labs. These are the people who make dentures and crowns for your dentist. It’s not what you’d call rife with creative opportunity.

It was pretty miserable. I was pretty miserable. This novel turned out to be my life raft during that time. I’d work on brochures about the latest and greatest false teeth in the day, then come home and be able to use my writing skills to do something that wasn’t so outlandishly unimportant. That really gave me the space to let out a lot of those creative and career-path frustrations. It also gave me a chance to stay sharp, and not let the day grind wreck me. I don’t really know how things would have gone for me if I didn’t have this project.

Mick, your protagonist, is pretty fascinating, what or who was the inspiration for this character?

Before I turned to fiction, I was a music and entertainment journalist for about 15 years. Along the way, I interviewed hundreds of people, many of whom had done things in the public eye or gone on the record saying something.

I’d ask softball questions about things they had said or done – sometimes even said to me in interviews in previous years – to set up another question, and their answer would be 180 degrees from what they had previously said. This happened so much! It happened in, I don’t know, like 25 percent of the interviews I did. I don’t even think they were deliberately lying or trying to gaslight me or whatever. They just misremembered when it was convenient.

I found this whole concept fascinating, how people would manipulate their own narrative while talking to you. I’m sure being in the public eye made this more difficult, but I realized how much people have to square things from their past with their vision of what they are now to get by or uphold their perception of themselves. That really planted the seed of everything that Mick is and does in this novel.

While writing ‘The Completely Unverified True Story of a Reality Television Superstar,’ did you learn anything new about yourself?

I spent a lot of time in the punk and underground music scenes where the do-it-yourself attitude was highly valued and a central tenet of what everyone did – bands, concert promoters, zine publishers, artists, you name it. That “don’t be afraid to fuck up” attitude really gives people a lot of runways to discover themselves and figure out their processes. It’s tempered with a lot of realism. Don’t let your concerns about not delivering a masterpiece stop you from trying.

Right before I got serious about writing fiction, I was in a big-box bookstore and had, I don’t know, an epiphany of sorts when I saw the ridiculous number of titles they stocked. There’s obviously something for everyone. Why couldn’t that something be a thing I created? I realized that the only thing holding me back from doing this was myself. It really tapped into the same part of me that got me playing music and writing in the first place.

Your book has been very popular with readers. What was the most interesting feedback you have received from a fan?

I was recently told that I “write books like Morrisey used to write songs,” in that I’m simultaneously painfully earnest about the points I’m trying to get across while being tongue-in-cheek and ridiculous.

What can fans both new and seasoned expect from you in 2022? What else do you have in the works?

I’m not going to make any promises for 2022, but I’m picking up steam on my next project, which is tentatively titled An American Troll in London. I don’t want to say much until I have a finished manuscript, but it’s a parody of William Gibson and Neal Stephenson’s, uh, less successful novels.

What is your favorite drink to celebrate with when you finish a book?

Scapa whiskey! My fiancée and I were in Glasgow before the pandemic, and had this wonderful Scotch in a whiskey tasting there, and decided to get a bottle to bring home. We got tied up doing other tourist stuff the rest of the day and had to make a mad half-mile sprint to the nearest liquor store in hope they’d have it. I got in just as they were closing and bought a bottle.

The next day, we were set to fly to London and weren’t planning on checking our luggage – and didn’t have room for it even if we did. We found an Uber driver who carted us around looking for an open shipping agent, as it was Sunday and most of the post offices were closed.

After a couple of tries, we found one, but they wouldn’t mail whiskey. We were heartbroken but gave it to our driver as a gift. He was a great guy for trying to help us out. I hope he and his father-in-law enjoyed it.

Turns out it’s not even that hard to find in the States. But we keep it in reserve for special toasts, mostly just out of respect for the unbelievable hassle we went through in trying to find it.

“The Completely Unverified True Story of a Reality Television Superstar” is available on Amazon by clicking here.