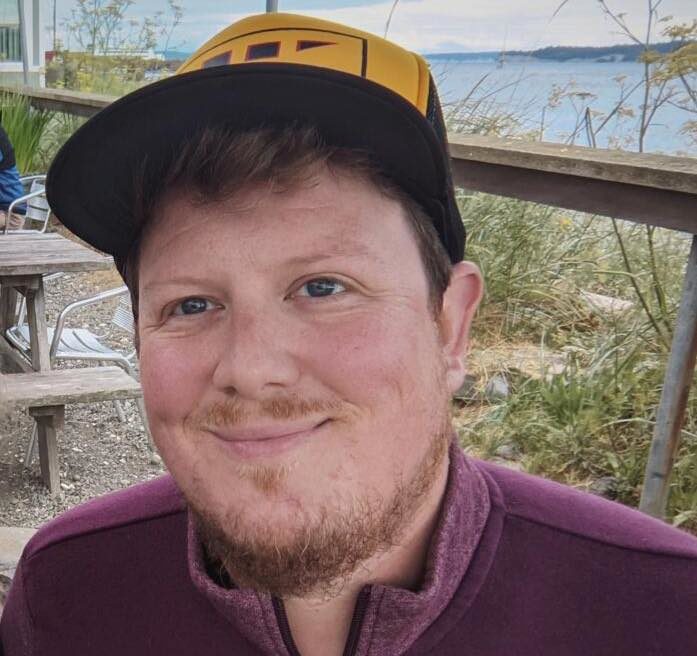 Bestselling author Dylan James Quarles chatted about his book “There Be Monsters.”

The year is 1520. Jonah Munday and his crew of adventurers set sail for the New World on a quest to find a mysterious island and a lost city of gold. Unbeknownst to them, government scientists in the year 1985 are about to conduct an outlandish experiment that will tear the fabric of space-time and unleash unspeakable terrors upon Jonah and his crew.

In the ensuing fallout, survivors, both past and future, must face the monsters of their own making in a battle to undo the damage of the experiment and set right what once went wrong.

Born and raised in the Pacific Northwest, Dylan spent most of his youth involved in various creative projects.

A graduate of The Evergreen State College, he holds a BA in film production. Known for descriptive scene-setting, strong, intriguing characters, and deft plotting, his novels have garnered over 100,000 downloads and hundreds of glowing reviews. His latest novel, There Be Monsters, was the recipient and a Best Indie Book Award for Action & Adventure.

‘There Be Monsters’ has really captured the imaginations of readers. Can you tell us what inspired you to write this epic tale?

As with my big breakout series, The Ruins of Mars Trilogy, inspiration for There Be Monsters came from my love of urban legends and conspiracy theories. With The Ruins of Mars, it was the infamous ‘pyramids on Mars.’

With “There Be Monsters” it was the ‘Philadelphia Experiment’—a wild story reportedly involving a U.S. battleship, a cloaking device designed by Nikola Tesla, and a crew of hapless sailors transported through time and space.

There’s something so satisfying about paying homage to these strange and enduring tales while at the same time grafting my own imagination onto them. It’s the perfect blend of pop culture and creativity.

Jonah Munday, your protagonist, is a very intriguing character, to say the least. If you could magically meet him in real life would you want to sit down and have a drink with him?

I would absolutely have a drink with Jonah Munday! He is a humanist and a historian, a philosopher and an adventurer. Imagine the conversations we’d have! Even though he’s from the 1500s and I’m an elder millennial, we’re both into lost civilizations, secret histories, and the possibility that we don’t know nearly as much about the nature of our reality as we like to think.

A good story is all about the setting, the descriptiveness, and the raw energy that captivates, all coming together to have the reader turning the pages effortlessly. ‘There Be Monsters’ includes all of them, what is one of the keys that you find is critical when getting into the writing zone?

I get into my writing zone by taking a walk in the woods, or a long drive through the pasturelands and coastal foothills around my sleepy little seaport town. I love putting on some music, zoning out, and letting my body lead me where it will. Ideas start to come to me—bits of dialogue, scenes, characters. I don’t try to force any of it. I just let the music and the scenery stir things, then see what settles.

You’re a very popular author, and I am sure you have a lot of fans. What was the most interesting feedback or question you have received from a reader?

I once had a fan reach out to tell me that she and her husband were in love with my Ruins of Mars Trilogy. She said they would read it to each other aloud every night before bed. That blew me away. Never in my wildest dreams did I think I would have that kind of impact on my readers.

We all know what it’s like to share a story with someone we love—binging Netflix shows together or tuning in each week to find out what will happen on our favorite program. The thought my story was being shared and enjoyed in the same way was really moving.

‘There Be Monsters’ has been a hit with readers. What can fans both new and seasoned expect from you in 2022? What else do you have in the works?

2022 is a big year for me. I just finished co-authoring a biography with my friend and mentor, Dr. Steven Kubacki. Steven vanished without a trace in the late 70s, only to wake up in a field 15 months later claiming no recollection of the event. Without going into details, the book is a chronicling of his life, including those missing 15 months.

I’ve also begun putting out a series of horror short stories titled A Secret History of Port Townsend. Port Townsend is where I grew up—a postcard-worthy Victorian seaport in Western Washington. It’s very popular with tourists and day-trippers. However, beneath the veneer of aging Victorian mansions, sweeping vistas, and wooded hollows Port Townsend harbors an undercurrent of eerie, uncanny energy.

Ghost sightings are a dime a dozen, and strange happenings take place in the woods at night. Each story is a stand-alone tale, but they all braid together to paint a larger picture of unease and terror. By the time this goes live, the second installment will just be hitting Amazon!

When you finish a new book what is your favorite way to celebrate?

I like to celebrate the completion of a book with a big glass of delicious Irish whiskey—Slane, Powers John’s Lane, Yellow Spot. I can’t stress enough how much I love Irish whiskey. Luckily, I don’t force myself to finish a book every time I want some!

“There Be Monsters” is available on Amazon by clicking here.

In this article:Author, Book, Dylan James Quarles, there be monsters