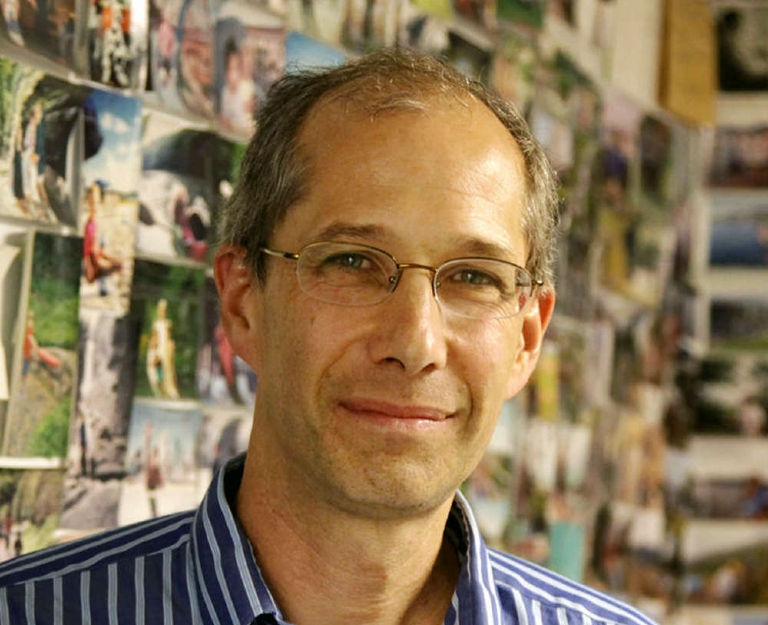 Bestselling author Dr. Andy Lazris chatted with Digital Journal’s Markos Papadatos about his book “The Adventures of Yadel the Dreidel: Book One: The Rise of the Zealots.”

He is a practicing physician that loves to write fiction and nonfiction.

This is a three-part epic journey of Jewish History told through the voice of Yadel, a Roman Jew who lives through history and promotes Hannukah across the world and across time.

Yadel lives during the most tumultuous time in Jewish history during the Jewish Revolts against Rome, and in that setting he mingles with some of the more famous and infamous Jews and Romans, helping forge a new path of Judaism after the Temple’s destruction, one that we still live with today.

Funny, poignant, and relevant to today, Yadel brings humor and pathos to the fate of the Jewish people, taking us on a journey with the Jews as they suffer through pogroms, massacres, and discrimination even as they hold onto their spirit and the eternal light of hope that Yadel believes emanated from Hannukah. Along with his friend Clausius (aka Santa) and his eternal love, Yoshen, Yadel brings joy to the plight of his people.

His newest fiction book is “Three Brothers from Virginia,” in which he delves into his love of history, of racism, of the contradictions of America, all tossed into the war that defined us as a nation, told through the story of three brothers whose forbidden existence and forbidden love is tossed into a tumult of war, riots, and chaos.

Writing this book was such a pleasure for him. He enjoyed spending his time with Matt, Paul, Luke, Izzy, Smiles, Laughing Boy, and even the sinister doctor. He has traveled to Old Rag, which is too a character in this book, an imposing mountain watching the brothers and their farm.

His nonfiction books look at the dysfunctional health care system that has strangled him as a doctor for 25 years. Curing Medicare and Interpreting Health Benefits and Risks are published and have been very successful. Two Men from Hopkins and Communicating about COVID are being written and will be available soon.

Yadel the Dreidel is also around the corner. A tale of Yadel, the fictional inventor of Hanukkah, will be in two parts and explore Jewish history through time. There will be lots more coming. Writing is his passion, and he will keep doing it until the end of his days.

‘The Adventures of Yadel the Dreidel: Book One: The Rise of the Zealots’ has captured the imaginations of readers. What inspired you to write this rather epic book?

As a secular Jew, I have always told my kids the story of our history, which to me is the most fascinating history of any culture. One Hannukah I invented a character named Yadel who travels around the world every Hannukah and tells stories of our history. Through that character, who had been delivering presents and telling stories for 2000 years, I taught my kids history and also made Hannukah a fun holiday!

Yadel, your main character, lives during the most tumultuous time in Jewish history and has some rather amazing adventures. Did you base this character on someone you know or did you create him with your imagination?

Yadel’s voice and mannerisms are based on my grandfather, who also lived a fascinating life in Europe before immigrating here and having a fascinating life here. His style and accent and amazing storytelling ability made him the perfect model for Yadel.

You are a doctor as well as an author, how do you balance both of these worlds and make magic in both?

Being a doctor, especially a geriatric doctor who cares for the elderly puts me in contact with people whose own lives are colored with stories and adventures and humor and tragedy. Part of my job is helping them navigate aging and the often dangerous and inhumane health care system and also learning who they are as people. Many have influenced characters in my books.

If somehow you could actually meet Yadel what do you think the two of you would talk about? What would you all do to have some fun?

Oh my goodness, he and I would have a great time talking about history and how things have changed for the Jews over time and from land to land. I would be most fascinated by Jews in Rome and how the philosophy of Hillel took over after the Temple’s destruction. We’d have to sample all the food!

‘The Adventures of Yadel the Dreidel: Book One: The Rise of the Zealots’ has been very popular with readers, what has that been like for you? What was the most interesting feedback you have received from a reader?

The best feedback has been from people who didn’t know the history, and are fascinated by how modern Judaism started, the role of Jews in Rome, and how the Jews changed over time. It’s amazing that none of this is taught in Hebrew School.

Do you have another book in the works you can tell us about?

Part Two of Yadel will be out this summer, and my new book, The Great Stupidity, is a parody of the Black Death with 12 original songs and a darker chapter of Jewish history being explored.

“The Adventures of Yadel the Dreidel: Book One: The Rise of the Zealots” is available on Amazon.