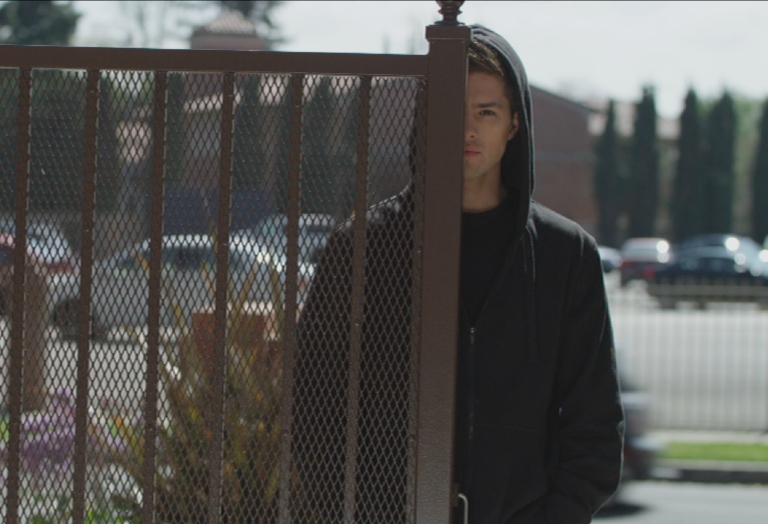 Actors Vivica A. Fox, Travis Burns, and Meredith Thomas were all superb in the movie “The Wrong Boy Next Door,” which aired on Lifetime. It is a good film to watch during the quarantine. Digital Journal has the scoop.

This Lifetime film was directed by David DeCoteau, and the screenplay was written by Adam Rockoff. It deals with troubled teen Katie (Calli Taylor) who gets in trouble in school for vaping, drinking alcohol, and throwing a cell phone at a teacher and then is sentenced to house arrest for a month by Detective Watkins (Vivica A. Fox), who works with Katie’s court reporter mom, Lori (Meredith Thomas), who is embarrassed by her daughter’s foolish actions.

During her house arrest, she falls for a handsome young guy named John (Australian actor Travis Burns) who moves in next door and claims that he is the grandson of the old lady that passed away one week prior. They begin a relationship and John becomes obsessed with Katie and places hidden nanny cameras in her house to stalk her the entire time (since he stole their keys).

As time passes, and with the help of her best friend Samantha (Alexandra Scott), the girls will join forces to prove that looks can be deceiving, and to uncover the dark secrets that John is hiding in his house. Of course, John is one step ahead of them each time.

Acclaimed actress Vivica A. Fox is sensational and witty as Detective Watkins, while Meredith Thomas is both charming and dramatic as Katie’s mother, Lori, as well as the voice of reason. It is neat to see their mother and daughter relationship evolve and change throughout the film as they are tested by various challenges.

Travis Burns plays the role of the villainous John Link in a bold and convincing manner while showcasing many layers to his complex and mysterious character. He is a man that will stop at nothing to get what he wants, and in this case, it was Katie.

In this article:Lifetime, Meredith Thomas, the wrong boy next door, Travis Burns, Vivica A. Fox