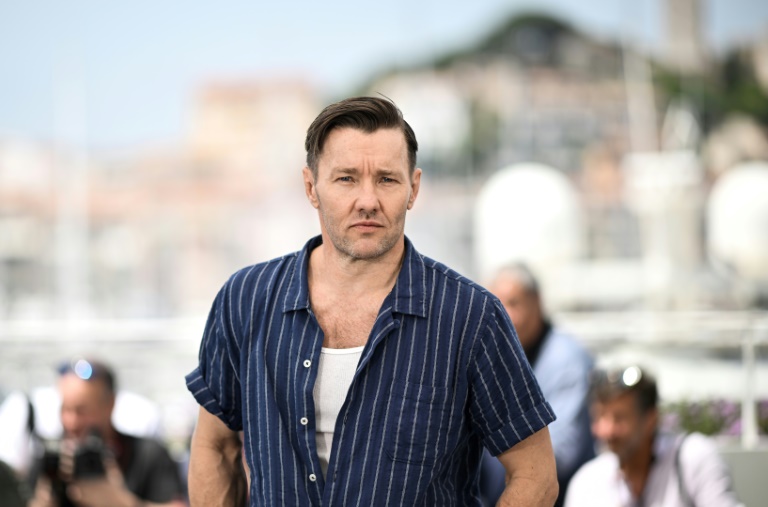 In two of the most intense performances to grip the Cannes Film Festival, award-winning actors Joel Edgerton and Sean Harris face off in a dark undercover cop story from Australia.

“The Stranger” is based on the real-life effort to ensnare a child murderer that takes a terrible toll on the officers charged with ingratiating themselves with the suspect.

Edgerton, known from films such as “Loving”, “The Great Gatsby” and TV series “The Underground Railroad”, praised the officers who risked their lives and psychological well-being in the case.

“These are all people that we’ll never get to meet. I don’t even know the real name of the person I’m playing,” he told AFP.

“That job has such a weight and takes such a toll,” he said.

His target is played by Sean Harris, who has established himself as one of the most visceral presences in cinema — from the bad guy in the most recent “Mission: Impossible” films to a ruthless killer in “The Borgias” and his BAFTA-winning role in British series “Southcliffe”.

Edgerton praised his ability to balance vulnerability with menace.

“There’s something about Sean… there’s a vibration that’s undeniably unsettling and terrifying and that’s a rare gift,” he said.

Harris credited his year-long preparation for the role for his blistering performance.

“When I got over to Australia, that’s when it started to kick in, the intensity — you turn up the dial. All the work I’d done started to flow through me,” he told AFP.

Director Thomas M Wright, also known as an actor in TV series “Top of the Lake”, said it was a strange experience presenting such a dark piece of work amid the sunshine, champagne and paparazzi of Cannes.

“You’ve gone to this incredibly personal place to make this, it’s difficult subject matter, it’s left a mark on us.

“And then we’re at Cannes, which is like a film you’ve been watching your whole life and suddenly you’re in the middle of it.”

Edgerton said it was particularly tricky given that the undercover officers must remain anonymous.

“We get to celebrate ourselves by making a fictional version of a story. These guys will never be celebrated,” he said.

“The Stranger”, which is playing in the festival’s Un Certain Regard section, received a long standing ovation at its premiere on Friday, with critics singling out the central performances.

Wright said he separated Edgerton and Harris — who knew each other from previous films “The King” and “The Green Knight” — during filming.

“They were kept completely separate,” Wright said. “I wanted them to conduct their research entirely separately.

“We can’t actually talk about what that research entailed. We certainly went to some very deep places with the making of this film. It wasn’t a film we just walked away from at the end,” he added.

Australia has a history of bleak but brilliantly-made true-crime dramas, from “The Snowtown Murders” and “Nitram”, to “Animal Kingdom” which also starred Edgerton.

“We’re in a landscape that was formed through violence and defined by violence. We can’t see it, we don’t understand it,” said Wright.

“You look at the great Australian artists… there’s a darkness there. We’re surrounded by an image of sunshine and beaches but it’s a complex country.”

A common problem with collaboration is that too many participants come together. While an immediate solution to this is often to limit participation, it’s...