This week’s releases include an adaptation of an epic story; an emotional interpretation of a royal pain; a traumatic true story; a scandalous series; a Spike Lee joint; and a little bit of nostalgia.

ABBA Forever: The Winner Takes It All (DVD)

The definitive, up-to-date telling of the ABBA story featuring all four members of the band. It’s been 50 years since ABBA’s founders met, 40 years since their last concert and 20 years since the stage show Mamma Mia! became a worldwide phenomenon. This new, multi-Gold Award winning music documentary tells their story from the birth of the band to today. Full of new interviews, commentary and special sequences filmed with all four band members of ABBA, plus rare archive footage and ABBA songs.

The ‘70s pop band became a disco sensation for better or worse. The foursome formed ABBA in 1972 in Stockholm and could never have predicted the fame that would come from their music. The documentary is less than an hour in length, but provides viewers a solid overview of the group, their musical career and their personal relationships. Their music wasn’t immediately globally successful, but they wrote to their strengths and it paid off. It’s not surprising that group dynamics were complicated by the fact it was formed by two couples, but their recollections of the stress and how they handled it is intriguing. It’s by no means an in-depth exploration of the band’s history, but it does provide the casual fan a better understanding of their story.

Bobby Axelrod (Damian Lewis) and Chuck Rhoades (Paul Giamatti) are back. Social impact pioneer Mike Prince (Corey Stoll) poses a true threat to Axe’s dominance. Taylor Mason (Asia Kate Dillon) is forced back to Axe Capital, where Taylor must fight to protect their employees and their assets. Wendy Rhoades (Maggie Siff) re-evaluates her loyalties and forges surprising new alliances that put her at odds with both Chuck and Axe.

As is generally the case, Axe and Chuck are juggling a number of personal issues alongside their relentless rivalry. However, other than an incident with his son, Bobby’s struggles are primarily emotional and self-inflicted. Chuck’s problems are usually traced back to his father and that couldn’t be more true this season. In the meantime, Taylor has trouble protecting their team under the new umbrella, as well as determining where their loyalty lies in the never-ending power struggle. Axe’s and Chuck’s tactics range from clever to petty, recruiting anyone and anything they think will aid their victory. Wendy is always a pawn in their war and she continues to stand up to one while lying down for the other in a single breath. Frank Grillo makes an unexpected recurring experience this season.

“Dune” tells the story of Paul Atreides (Timothée Chalamet), a brilliant and gifted young man born into a great destiny beyond his understanding, who must travel to the most dangerous planet in the universe to ensure the future of his family and his people. As malevolent forces explode into conflict over the planet’s exclusive supply of the most precious resource in existence — a commodity capable of unlocking humanity’s greatest potential — only those who can conquer their fear will survive.

The movie is officially titled Dune: Part I as it only scratches the surface of the story told in the novel. However, it does present a fairly comprehensive overview of the positions of the various ruling houses and the multifaceted power struggle at play when the story begins — without an overwhelming amount of exposition like its predecessor. This expansive universe has proven very difficult to adapt in the past as its unique science fiction world is described in the finest detail, which is essential to the narrative’s function. However, one of the key factors contributing to this adaptation’s success is the advancement of visual effects. Via CGI, Denis Villeneuve is able to recreate Herbert’s universe as faithfully as possible considering the change in medium. Though the cast may not all physically fit the characters formed in the readers’ imaginations, they each embody the spirit of the characters they’re portraying.

Bishop (Tupac Shakur). Q (Omar Epps). Raheem (Khalil Kain). Steel (Jermaine Hopkins). They’re four Harlem friends who spend their days hanging out and looking for a way to get the power and respect they call Juice. Q hopes to earn respect by becoming a scratch ‘n’ mix DJ. Bishop has a deadlier plan. He wants to take it through an armed robbery. And he wants his crew to be with him.

Coming out after Spike Lee’s Do the Right Thing, this is another important narrative to emerge that represented the experiences of young black men in inner-cities. Even though delinquency is essentially a way of life, there are a number of lines one chooses to cross or not. While at least three of the four seem like a decent group of kids, it’s surprising to see how quickly and easily they’re willing to risk their futures — because they don’t think they have one. Q is the only one trying to give some meaning to his life, and thus protests the most to this half-baked plan. Bishop, conversely, is a wild card with no interest in staying between the lines. Shakur’s acting debut is a powerful one alongside a young Epps who also exhibits great potential. The bonus features provide a lot of insight into the production, including the original ending and what it was like on set for all these green actors.

Special features include: commentary by director Ernest R. Dickerson; “You’ve Got the Juice Now”; “The Wrecking Crew”; “Sip the Juice: The Music”; and “Stay in the Scene: The Interview.” (Paramount Home Entertainment)

Mill of the Stone Women (Blu-ray)

Young art student Hans von Arnam (Pierre Brice) arrives by barge at an old mill to write a monograph about its celebrated sculptures of women in the throes of death and torture, maintained and curated by the mill’s owner, the hermetic Professor Wahl (Herbert Böhme). But when Hans encounters the professor’s beautiful and mysterious daughter Elfi (Scilla Gabel), his own fate becomes inexorably bound up with hers, and with the shocking secret that lies at the heart of the so-called Mill of the Stone Women.

This is an Italian period horror film that is indicative of classic Hammer Horror and predates the atmospheric work of maestros Mario Bava and Dario Argento. Director Giorgio Ferroni’s film was also the first Italian horror film shot in color. It’s evident something other than this critical illness is wrong with Elfi, but it’s not until Hans’ girlfriend arrives that he begins to see more clearly. The movie has several levels of horror and betrayal, which begin to reveal themselves when Hans tries to separate himself from Elfi. Most significantly, the doctor treating Elfi may be brilliant, but it turns out Wahl isn’t as talented as everyone thought. The narrative is intense and engaging with an ending fit for Hollywood.

Special features include: commentary by Tim Lucas, author of “Mario Bava: All the Colors of the Dark”; “Mill of the Stone Women & The Gothic Body”; “Turned to Stone”; “A Little Chat with Dr. Mabuse”; rare opening titles from the UK release, re-titled “Drops of Blood”;  German opening titles; image galleries; and US and German theatrical trailers. (Arrow Video)

My Stepmother is an Alien (Blu-ray)

When widowed astronomer Steve Mills (Dan Aykroyd) inadvertently causes a gravitational disruption in deep space, a race of hyper-advanced alien lifeforms sends one of their own to investigate, disguised in the alluring human form of Celeste (Kim Basinger). Tasked with seducing the lovelorn Steve in a bid to gain access to his scientific research, Celeste finds herself falling for the man she’s been sent to swindle. But they’ve not counted on Steve’s young daughter Jessie (Alyson Hannigan), who’s none too thrilled by the prospect of a new mother — especially not one from another planet.

This 1988 sci-fi comedy was a childhood favourite fit for repeat family viewings. Introducing Celeste over the credits as she receives inaccurate information in preparation of her Earth landing is a great comedic entrance into the film. Steve is a very ordinary guy happy to spend his evenings at home with Jessie and completely taken aback that this beautiful woman is not only interested in him, but his work. There are a number of risqué scenes in the film, particularly involving Celeste’s lack of human experience and her unconventional sex education in the bathroom before the act. Aykroyd’s performance is as humorous as expected, but Basinger’s comedic timing is a pleasant surprise. The film is fun and occasionally romantic with a very amusing ending just as quirky as the rest of the film.

The marriage of Princess Diana (Kristen Stewart) and Prince Charles (Jack Farthing) has long since grown cold. Though rumors of affairs and a divorce abound, peace is ordained for the Christmas festivities at the Queen’s Sandringham Estate. There’s eating and drinking, shooting and hunting. Diana knows the game. But this year, things will be profoundly different.

The film begins with Diana already in a state for reasons the audience won’t learn until later in the picture. Upon arriving at the Estate, she’s put through a rather ridiculous and somewhat humiliating ritual simply because it’s a tradition certain members of the staff have been tasked to uphold. This movie is not a matter-of-fact account of events from that weekend, but rather a fictional interpretation and exaggeration of the turmoil Diana experienced during that period. Her feelings manifest in her interactions with the staff, her physical health and her deep desire to reconnect with her past. The scenes with William and Harry are probably the most natural as it’s the only time she seems to relax. Since the film doesn’t exactly recount the real-life proceedings, some viewers may not enjoy the stylistic retelling with many likely preferring The Crown’s take on this tumultuous relationship instead. 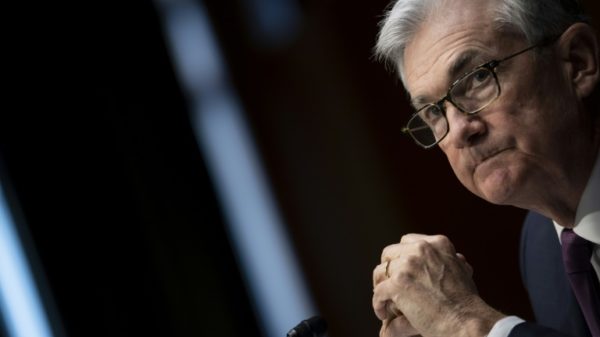