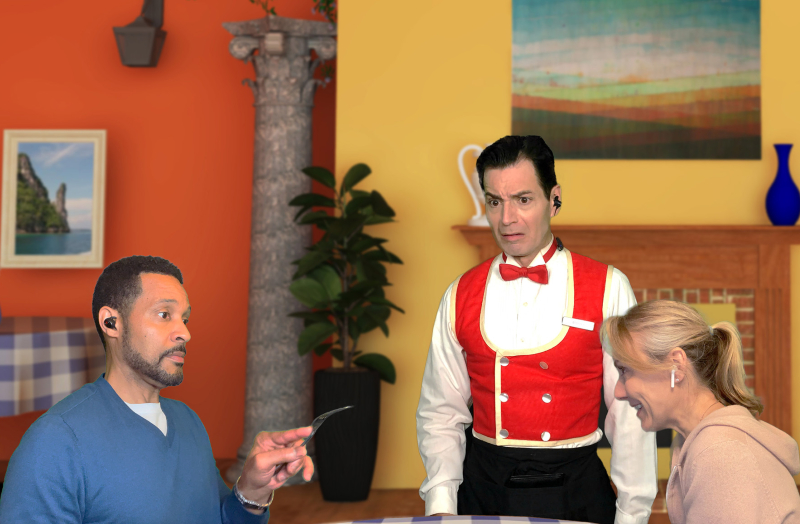 “Slow Food” is a witty and charming comedy by Wendy MacLeod. Digital Journal has the scoop.

It was written by Wendy MacLeod and directed by Marya Mazor. The dialogue is clever and relatable; moreover, it is streaming On Demand every Thursday, Friday, Saturday, and Sunday through May 16. It is presented by International City Theatre.

Stu James, Meredith Thomas, and Perry Ojeda deliver memorable performances in this comedy. It deals with a vacationing couple (played by James and Thomas) that celebrates their anniversary at a Greek restaurant in Palm Springs. The question is whether their marriage will survive the service.

An eccentric waiter (Ojeda) insinuates his way into their meal — and their lives — the couple examine their past and their future together.

Overall, Slow Food is well-written by Wendy MacLeod and well-acted. It’s a breath of refresh air, and it sustains the viewer’s attention for its entire duration. The cast is refreshing and it is certainly worth checking out.