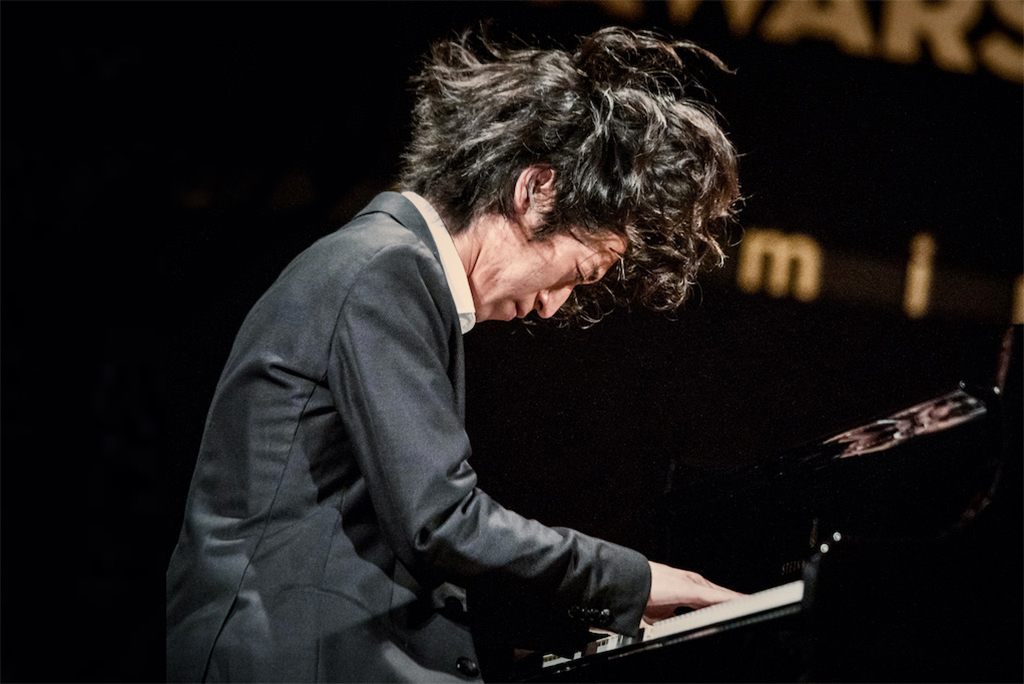 This October, renowned Japanese pianist Hayato Sumino will step on Poland’s Warsaw Philharmonic Hall stage in the 18th Chopin International Piano Competition. The 26-year-old Sumino is an Internet sensation with 798,000 subscribers to his YouTube channel.

More than 500 pianists worldwide applied to the musical tournament and submitted their recordings to the international jury in Warsaw. After the preliminary round held from 12 to July 23rd, 2021, in the Chamber Hall of the Warsaw Philharmonic, the jury composed of the world’s famous pianists and educators selected the 26-year-old Sumino and 86 other pianists for this prestigious competition, considered one of the world’s most important musical events.

But it was no surprise the young pianist earned this accolade. Hayato’s Warsaw recital was his musical endurance test where he was at his best playing Fryderyk Chopin’s cosmic pieces with tenderness and finesse.

Sumino began his concert with Nocturne in C minor, Op. 48 No. 1, delivering a tremendously emotional experience, confirming the power of Chopin’s music.

Then there were two Mazurkas, two Etudes, and at the end, he performed an emotional Ballade in F major, Op. 38, displaying remarkable sound clarity, leaping the length of the keyboard with scientific precision. There is no doubt Chopin’s music is entrenched deeply in Sumino’s heart.

The enthusiastic Warsaw audience rewarded Sumino with immense applause, surpassing that of all qualifying round participants. Several people confirmed this observation during a telephone conversation with the writer.

The first Fryderyk Chopin International Piano Competition took place in Warsaw in 1927. Apart from its vast role in popularising Chopin’s music, it discovers the most extraordinary pianistic talents, opening for them the doors to the world’s leading concert halls.

A gifted musician, Sumino started playing the piano at the tender age of three, giving concerts to a large, enthusiastic audience in his native Tokyo. Besides music, young Sumino was interested in science and technology, so after graduating from high school, he entered the University of Tokyo and, in March 2020, graduated from the School of Information Science and Engineering with honours, receiving the President’s Award.

He then went to France to research music information processing technology and artificial intelligence at the French Institute for Acoustic Music (IRCAM).

Being passionate about all areas of music, Sumino is very active on the jazz scene, often performing at the Blue Note Tokyo, considered one of the most influential jazz clubs in the world. Last April, Sumino was invited to perform at Japan’s Jazz Auditoria Online2021 where he played Rhapsody in Blue. Again, he illuminated George Gershwin’s composition marked by his keyboard pyrotechnics bravura that made his interpretation shine. He is also a member of an avant-garde city soul musical group, “Penthouse.”

But Sumino wanted to test his classical virtuoso skills, so he decided to participate in numerous music competitions. As a result, he won many prestigious awards, including the First Prize, bestowed upon him at the Piano Teachers’ National Competition of Japan (PTNA) and the Gold Medal at the International Chopin Piano Competition in Asia.

Sumino always finds time to share his skills and knowledge with hundreds of thousands of music lovers and admirers, giving lectures across Japan and regularly streaming his performances live on YouTube. Undoubtedly, he is bringing classical music to a younger generation.

His recent solo album HAYATOSM, which contained the music of Chopin, Franz Liszt, and his compositions, gained worldwide success and was Digital Journal’s pick for the World’s Best Classical Albums for 2020.

In particular, when he performs Chopin’s music, it speaks to the hearts and souls of music lovers hungry for the sound of Polish Romanticism in these difficult times.

Like no one else, Sumino’s prowess, grace and sensitivity to Chopin’s trailblazing music force us to reflect on everyday life full of emotions and unforeseen events. His piano style and articulation of each note are virtuosic and poetic and demonstrate the outstanding piano artistry that draws the listener’s attention to the immortality of Chopin’s music.

The Fryderyk Chopin Institute is the organizer of the Chopin International Piano Competition. The preliminary auditions were broadcast live online to over 4 million music lovers worldwide. The official inauguration of the Chopin Competition will take place at the Warsaw Philharmonic Hall on October 2, 2021.

Hayato Sumino performed the following programme at The 18th International Fryderyk Chopin Piano Competition Preliminary Round. Below are the works of Chopin on period instruments, played by various pianists:

John Rall is a staff member of Digital Journal. His interest is in music and photojournalism as an art form.