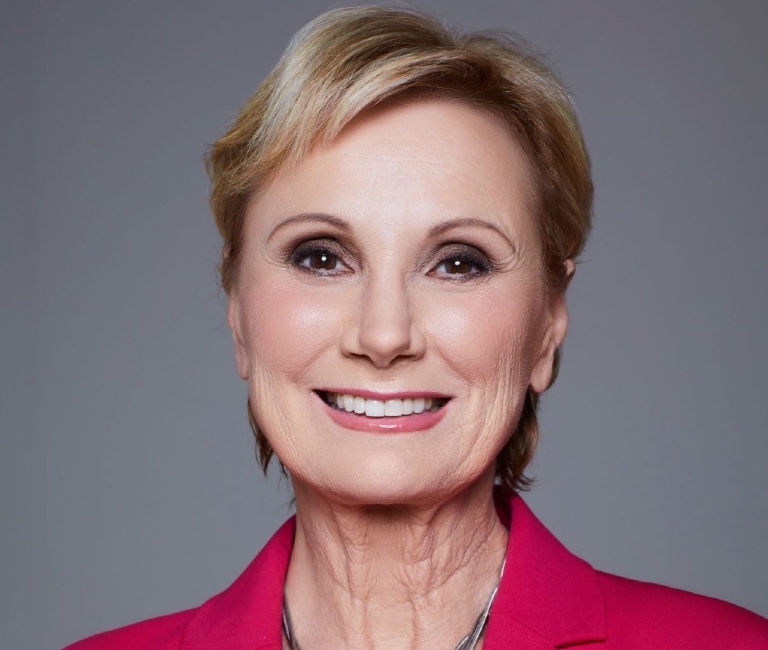 She was drawn to “The Salon” for several reasons. “It was truly a labor of love.  I pulled on all avenues of my life to get this produced. Friends like Harry Shearer, Kate Linder, and Sam Rubin. Advanced students from my classes at Santa Monica College and UCLA. Deborah Landis found me a wonderful costume designer who had graduated from the UCLA program,” she said.

“My producing partners were all accomplished professionals in their chosen professions, had taken my production classes, and brought their expertise to The Salon. Key crew, like editors, were professionals (working on Warner Bros. series) I had worked with on my other productions. With all the ups and downs of production, my team made this project fun with hard work,” she elaborated.

On the Indie Series Award nomination, she said, “I couldn’t be prouder of this ’Best Ensemble Cast – Comedy’ nomination from the 2022 Indie Series Awards.”   I worked very hard to have a multicultural/multilingual cast with deaf actor Eddie Buck and talent hailing from Zambia, Dominican Republic, and Central America. The Salon had won Best Digital Series for the IHollywood FF, so this nomination is more recognition of great actors working together as one.”

Captor had great words about working with Kate Linder. “Kate had been in my Cannes Short Film Corner and Oscar Qualified film ‘A Couple of White Chicks at the Hairdresser’ with Shelley Long and Harry Shearer. She is a gifted and talented actress. She makes every part sing.  We have become friends.  I was so happy that she could be part of The Salon.  Her part of Marsha Flagg, a celebrity real estate agent I wrote for her,” she said.

Captor opened up about being a director and producer in the digital age. “Technology is freeing.  Filmmakers have so many more choices and freedom because of the new technology and streaming.  Many of my past films are getting renewed life on streaming services.  As my mentor, Francis Coppola says, ‘Technology is great in the hands of professionals.’ From my teaching experience and my time as the Executive Director of the SF International FF and Society, I can not agree more with Coppola’s statement,” she explained.

On her daily motivations, she responded, “To be a filmmaker or any artist one must be curious. The world is a delightful place with so many exciting and diverse elements. It is our job to shine a light on the world in a way that many people may not view it. My work has always been diverse and socially conscious. Because of this, I have won the Ohio State and Humanities Award and the Chevalier De L’Ordre des Arts et Des Lettres from the Republic of France.”

Regarding her future plans, Captor remarked, “I am developing “Dream Moms,” a musical project I wrote with Hallmark Channel. “Pearl,” a historical romance based upon the life of the Nobel Prize-winning author Pearl Buck starring Judith Light, William H. Macy, John Cho, Leehom Wang, and Jing Tian, with support from The Pearl S. Buck Foundation.”

“I would love to see ‘The Salon’ on one of the major streamers, cable or networks,” she added.

For young and aspiring directors and producers, she offered the following advice: “I teach this in seminars and in my classes: ‘Perseverance, Persistantance, Passion, and Discipline.’  This will keep you going when things get tough.”

Captor concluded about “The Salon,” “The goal for the series is to juxtapose the lives of patrons and workers in a Beverly Hills beauty salon. Here the stage would be set to tackle tough topics with frank on-screen dialog. I knew I wanted to have our cast representative of the microcosm of our nation, the world, including the deaf community. The series is comedic with deep subject matters and brilliantly acted by our remarkably diverse and eclectic cast.”

For more information on “The Salon,” check out its official homepage.