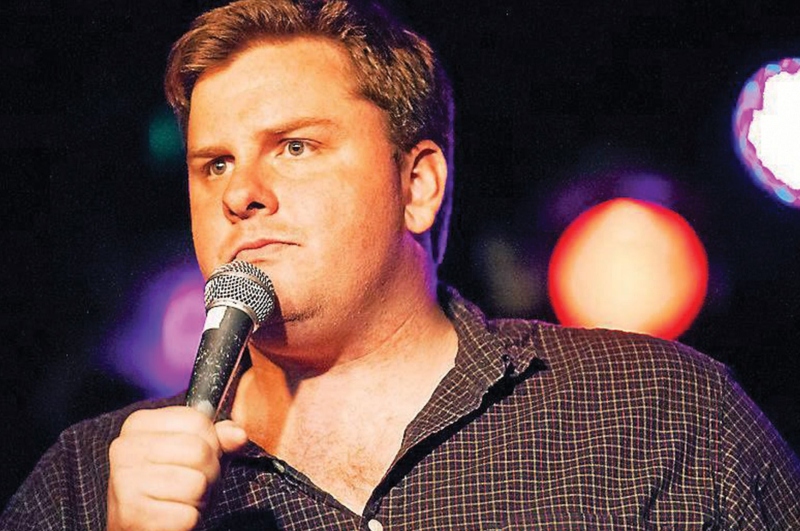 Acclaimed comedian Tim Dillon headlined The Paramount in Huntington on January 21, 2022, and his set was hilarious. Digital Journal has the recap.

He received a raucous response from the Long Island audience the moment that he took the Paramount stage. He apologized to the crowd that everyone had to show their vaccine cards to enter the venue this evening. “That’s not me, that’s the government,” he said.

He noted that he got COVID after getting the vaccine since “that’s what happens.” He revealed that Joe Rogan sent him a nurse to his house after his COVID diagnosis, which was a “sweet” gesture; moreover, he shared that although it’s a “global pandemic,” at the same time is “so regional.”

Dillon is a firm believer that “not all nurses are heroes,” and underscored that this is “statistically impossible.” At the same time, although he looks like a cop, he does not look like a good one. “Everyone I know who became a cop shouldn’t have become a cop,” he said.

He went on to poke fun at his mother, and acknowledged that “everything is political now” and that “everyone these days is a healthcare advisor.”

Dillon dubbed fast food as “politically correct poison.” His biggest concern when he picks up food in a drive-thru is whether or not “there is sauce in the bag.”

He stated that “media loves terror” and he backed up his viewpoint with some facts. “I root for every variant because I love getting out of the holidays,” he said.

Dillon is a huge fan of cruises. “Cruises are amazing,” he exclaimed, since at the same time this tells him whether or not the economy is going well or not (if people are attending cruises or not).

He has a huge disdain for Disney films, and he singled out “Beauty and the Beast.” “If you don’t have kids, stay the f**k out of Disney World, especially if you are reasonably intelligent adults,” he told his fans.

Dillon is a stand-up comedian, writer, and actor. He was a new face at the Montreal Comedy Festival in 2016. He won the title of “New York’s Funniest 2016” at Carolines NY Comedy Festival.

In 2017, Dillon was named one of the “Top 10 Comics you Need to Know” by Rolling Stone Magazine. He had two specials premiere in 2018, a Comedy Central Half Hour and a Netflix Quarter hour. He created and hosts Tim Dillon’s Real NY Tour which takes the audience on a double-decker bus through Manhattan. He hosts a podcast called The Tim Dillon Show.

Overall, Tim Dillon was able to put on a hystrical and entertaining comedy show at The Paramount in Huntington on Long Island. He had the audience with him every step of the way. His jokes were timely, witty, and relevant. His live comedic set garnered two thumbs up.