Birmingham-born Jeff Lynne, 69, has been the sole member of the Electric Light Orchestra since its inception in 1970 and is responsible for the group’s biggest hits. In 2014, he put together a new version with long-time collaborator Richard Tandy (a member since 1971), rechristening it ‘Jeff Lynne’s ELO’.

The success of Jeff and co’s headline-grabbing appearance at Hyde Park in September of that year led to renewed activity and an acclaimed new album, Alone in the Universe, followed in 2015. Earlier this year, ELO were finally inducted into the prestigious Rock and Roll Hall of Fame and, as we speak, are in the middle of a short UK tour. 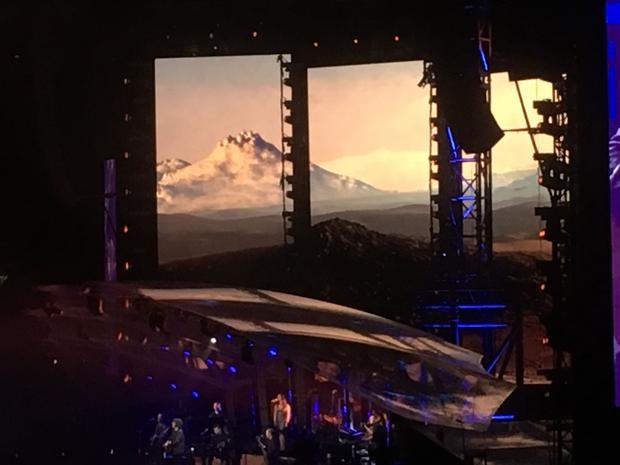 The first date was Sheffield on June 21 and this, the second, was, we were informed prior to ELO taking the stage, to be filmed for a DVD release. We were instructed to stand up, sing and dance – and as far as I could see there wasn’t a single person who didn’t oblige.

Support came first, in the form of fast-rising country duo The Shires and Tom Chaplin, best known as the singer from Keane. The Shires, who are vocalist/guitarist/pianist Ben Earle and vocalist Crissie Rhodes, were joined by four musicians and began their six-song set at around 6.15 p.m. 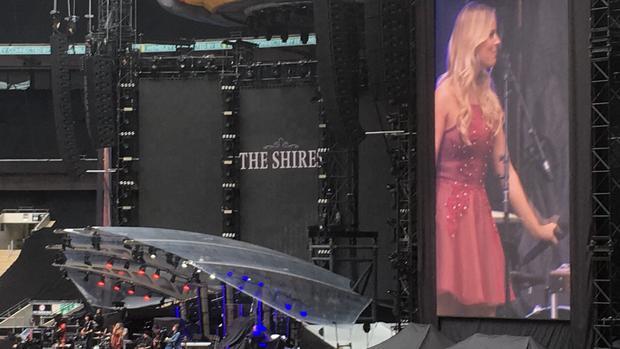 I’d never really paid much attention to The Shires before, believing that their style of country clashes with my love of the more traditional side of the genre. However, their opening number, “Nashville Grey Skies,” did rather impress me.

Indeed, their big choruses and catchy tunes suited the stadium setting quite well and the crowd in general seemed to warm to the pair’s warm and friendly demeanour. “This is the biggest place we’ve ever played!” announced a slightly overwhelmed Earle, who later added: “When you’re a kid, this is the dream.”

The duo got the audience singing along, albeit somewhat reluctantly at first, to songs like “Tonight” and a cover of “Islands in the Stream,” which Earle called “probably the most famous country song ever written.” The moving “Daddy’s Little Girl” even had a steel guitar which pleased me as a country traditionalist!

Tom Chaplin also seemed a little overwhelmed by the sheer size of the venue, commenting that it was “fantastic” to see everyone out there. “I normally do a lot of talking, but I’m not going to tonight,” he said, outlining his intention to concentrate on playing music.

In between songs from his debut solo album, 2016’s The Wave (such as “Still Waiting,” “Hardened Heart” and “The River”), Chaplin managed to slip in three Keane tracks. 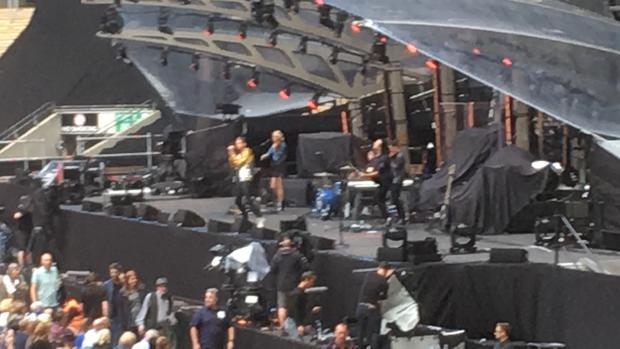 “Some of you are thinking, ‘It’s the bloke from Keane’, so here’s a Keane song,” he said introducing “Silenced by the Night.” The other tunes from the band’s four-album repertoire were a stirring rendition of “Somewhere Only We Know” and “Bedshaped.”

Jeff Lynne is also known for his collaborations with other artists. He co-wrote and produced three of the songs on Roy Orbison’s final album, Mystery Girl, was a member of rock supergroup the Traveling Wilburys in the late 1980s/early 1990s (alongside Roy Orbison, George Harrison, Tom Petty and Bob Dylan) and produced the ‘new’ Beatles tracks, “Free as a Bird” and “Real Love” in 1995.

To reflect this, tracks by Orbison, Petty and The Beatles’ “Free as a Bird” were among the songs played over the speaker system before ELO came on stage at around 8.30pm. 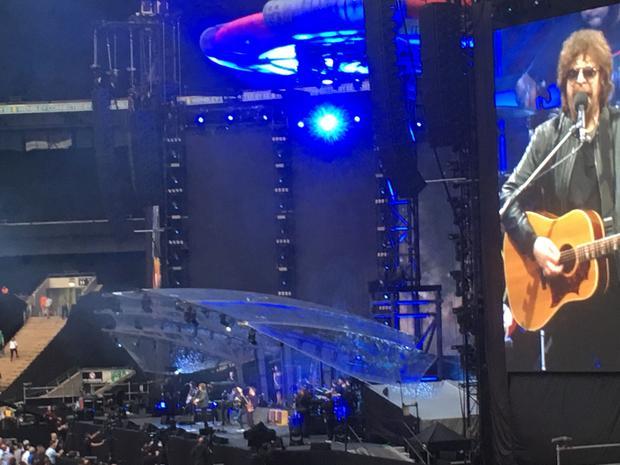 “Standin’ in the Rain” kicked off what turned out to be a spectacular two-hour performance, with the songs sounding as fresh as they did 40 years ago. “Evil Woman,” my absolute favourite ELO song, was next and sounded every inch as good as I’d hoped it would, the flames on the screen behind making it a visual treat as well as an audio one.

The audience didn’t hang around to see who would stand up and were on their feet almost from the word go. “All Over the World” was another crowd-pleaser, as was the groovy “Showdown” and the timeless “Livin’ Thing.”

A new song came, in the form of the reflective “When I Was a Boy,” and this was followed by “Handle with Care,” the first track on the Traveling Wilburys’ debut album, Traveling Wilburys Vol. 1, with vocalist/guitarist Ian Hornal doing an excellent job on the part originally sung by Roy Orbison. 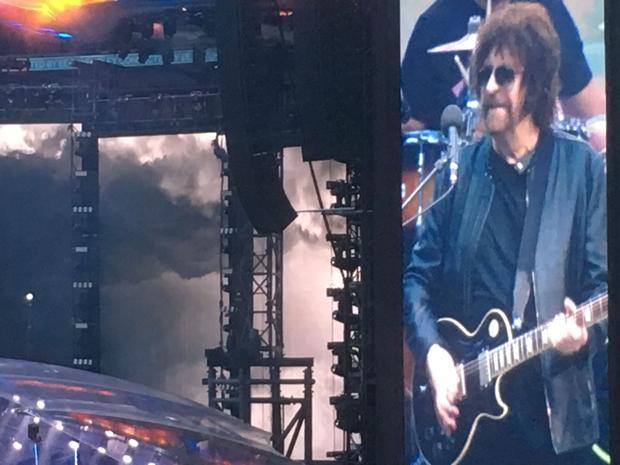 Speaking was kept to a minimum as the music and visual effects took centre stage – though Lynne did inform us that Richard Tandy was absent due to illness and would be joining the next leg of the tour, “wherever that is.”

The classics just kept on coming – the audience eager to see what would come next each time. “Last Train to London,” “Xanadu” (introduced by Lynne as “Here’s one you might not expect”), “10538 Overture” (reminding us where Paul Weller got the riff to “The Changingman” from!), “Wild West Hero” and “Sweet Talkin’ Woman” especially were all outstanding.

Knowing I might have to leave a little early to catch my last train, I just hoped I’d get to hear “Mr Blue Sky”. I did. It was the last song of the main set and followed “Don’t Bring Me Down.” I later learned that only one song was played in the encore, Lynne’s take on Chuck Berry’s “Roll Over Beethoven.”

The crowd appeared to enjoy every minute of the concert and, as I walked away contentedly from the stadium towards Wembley Park tube station, I had “Mr Blue Sky” playing continuously in my head. What a song, what an act, what a night! 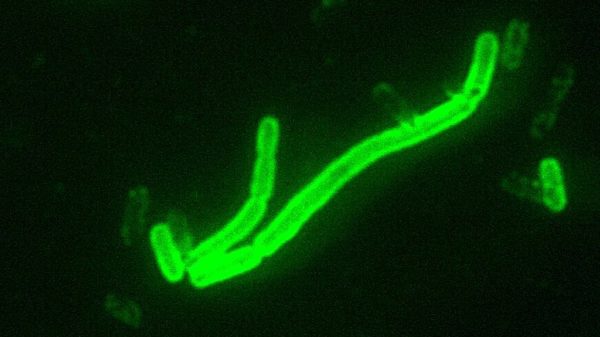 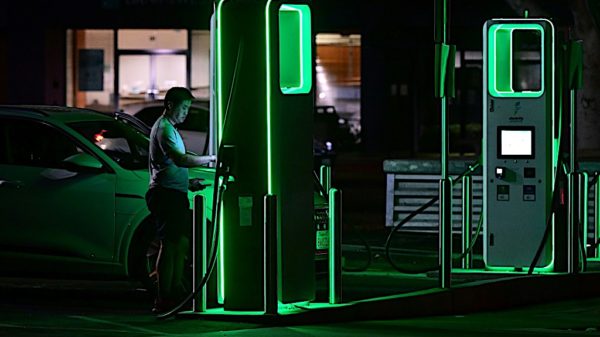