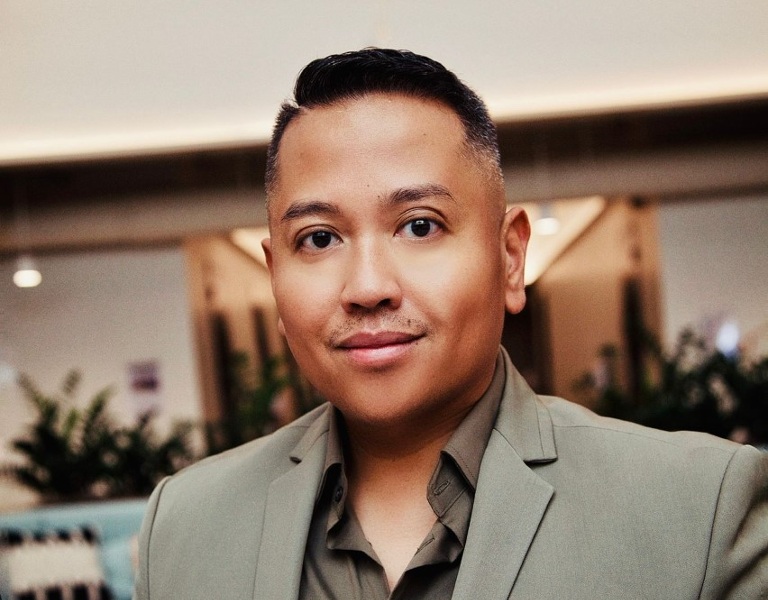 Entertainment marketing icon Rembrandt Flores opened up about his transition from Hollywood into Web3.

For 17 years, Rembrandt Flores has seen it all, exerting patience, levity, and honesty as he leverages his affinity for entertaining and socializing to help make the entertainment industry a bit brighter and jazzier, injecting genuinity into the landscape.

From release parties and film festivals, charity showcases, post-Academy Award celebrations, and countless other industry-leading events, Flores initially found himself venturing into public relations, with his agency Entertainment Fusion Group, as he made sure to always be at the right place at the right time to help successfully launch, activate, and advise corporate brands along with their events.

Fast forward to 2022, where Flores, having transitioned from Hollywood to dive-in head first into Web3, to continue his passion for connecting people with one another and helping take ideas and events to the next level.

“I am always trying to be a forerunner, rather than a follower,” Flores said. “I left caution to the wind and let my fearlessness lead the way. When I left Hollywood, I didn’t know much about Web3, NFTs, or crypto, but I always knew how to make a project ‘pop’ and get people to hear about the next best thing.”

Flores is also the co-founder of 8Commas, an NFT, crypto, and blockchain marketing consultancy, alongside Nicole Behnam, a Hollywood journalist turned founder and Web3 advisor, who injects storytelling and passion into her many notable conversations throughout the Web3 space including Reese Witherspoon, Neil Strauss, and 3LAU.

The consultancy works with creators, founders, and artists to help craft and push their narratives throughout traditional and newly created digital networks.

Never forgetting where he came from, Flores has taken his experience and network with him into Web3, ushering in celebrities, influencers, and Hollywood’s most luxurious brands into a much bigger world filled with endless possibilities and a strong sense of community.

“We pride ourselves in working only with people whose art and projects we truly believe in, and are going to be a value-add to the Web3 community. Our team is well-versed in this new world, and we are just happy to uplift the voices that may not have been heard before,” Flores emphasized.

From one event to another, change is a good thing

As for the many, many IRL events Flores has attended over his 17 years in the industry, he described the current landscape as “bittersweet”:

“The industry doesn’t change much in the amount of time I’ve been in this town,” he says. “I see some of the same people; I see some of the same players. It is both comforting, but also sad. It’s bittersweet in a way, because I love going to these events and seeing all these familiar faces, but I also crave to interact with people across different industries other than my own. I think that is another reason why I love Web3, as I am meeting new people daily!”

Upon a leap of faith, Flores decided to explore Web3 for the sheer sake of wanting to do something different, because of what he says is the “possibility of being the next big thing.”

“My instincts are usually right, and luckily they were spot on with this new space,” he explained. “[Web3] is a whole new world, and we are a bunch of new players with very few rules truly cemented. All I know is I am having the time of my life and pulling in budgets that were unseen in my last couple of years in Hollywood.”

The future of entertainment

As Hollywood continues to dip its toes into the waters of Web3, most recently with NFT partnerships and expansion into the metaverse, there are some that aren’t entirely convinced that this space is here to stay.

“Mass adoption will always be a good thing for the community,” Flores notes.

Continuing, he asked “will there be more chaos as well, though? Yes, of course! That is expected. I think once Hollywood realizes how much money is being left on the table via Web3 and NFTs, that it will only be a matter of time until all of Hollywood jumps in.”

The 8Commas partner says that there isn’t a future he can see that doesn’t include Web3. “This new world is made for Hollywood. Think about it – music, tv, and film – they are exactly the kind of intellectual property that would do well in Web3.”

A message for today’s generation

We asked Flores what 3 things he would want a new Hollywood talent to know about this space as they begin to dip their toes into the sometimes, convoluted waters of what many consider to be the future of entertainment, or Entertainment 3.0

“First, the project has to come from the heart. Second, it needs to be focused on the community. Third, you must provide some amazing utility if you want longevity in this space. Give people what they want, and in turn, they will support you if you are keeping them in mind.”

As for today’s younger generations, Flores encourages Gen-Z and Millennials to enter this space with an open heart.

“This world is truly unlike anything anyone has ever experienced or seen. You can’t come into the space acting like it is Hollywood, because it is definitely not that. Period.”