The band played at The Paramount in Huntington on December 26. “While I loving performing Zeppelin’s amazing music whenever, and wherever, there are certain venues that can’t help but make my ‘favorites’ list. The Paramount is one of them! This was our fourth time playing there and, as always, Long Island Zep fans came through in a big way.”

He added, “The venue has a great energy to it, and this night was no exception. Obviously, on the day after Christmas (which happened to be a Friday this year), everyone is in a holiday party mood. Combine this with the greatest music in rock history and it makes for quite a night. In short, it was fantastic.”

He shared that he got into Led Zeppelin, when he was around 12 or 13 years old. “I bought Led Zeppelin II after falling in love with the guitar riff in ‘Heartbreaker.’ Then, in my early bands, I was introduced to other songs and albums from guys I was playing with. The last 11 years with GTLO has given me an even deeper appreciation for this timeless catalog. It just goes to show the depth of this music. That after all these years I still find new things to love,” he said.

When asked about his personal favorite Zeppelin song, he said, “If I have to pick one, I’d say ‘Babe I’m Gonna Leave You.’ It may be Robert Plant’s most amazing vocal performance in my honest opinion. It’s sad, sweet, desperate, incredibly powerful, chaotic, and beautiful all at the same time. Grown men weep to this song!”

Sinclair is drawn to rock music due to its power. “I don’t just mean loud, distorted, and aggressive, but how emotionally powerful great rock music can be. Whether it’s AC/DC’s ‘Back in Black’ or Aerosmith’s ‘Dream On,’ this kind of music can move me way beyond words,” he said.

On his plans for the future include with the group, he said, “As a kid, wanting to be a ‘rock star,’ I never imagined myself in a band performing someone else’s music, but that’s one of the cool things about life. You just don’t know what may be around the next corner, or how you may feel differently about something years down the road. In my case, I devoted my life to singing rock music and pursuing a career as a musician. My one guitarist, Paul Hammond, and I began putting bands together as teenagers and tried to carve out a career in rock. It’s a tough nut to crack. Particularly with the way the business has changed. Though little did I know we were in training all those years for GTLO! As a kid I couldn’t imagine a world where rock music wouldn’t be the driving force behind popular culture, and yet here we are. But that’s the beautiful thing. Because of my obsession with rock, I’m now in a position with GTLO to help keep this art form and the music of ‘The Mighty Zep’ alive for future generations and I couldn’t be happier! So playing tons of concerts, doing more PBS specials, spreading the Zeppelin gospel around the world, and maybe even performing at Madison Square Garden one day.”

Regarding the origin of their cover band’s name, he said, “We kicked around some ideas and then sometime in early December 2003, our original drummer (the late) Johnny Giosa called me to ask what I thought of a name he came up with. He said ‘Get The Led Out.’ I loved it. So did the other guys. The rest as they say is history.”

He was influenced primarily by such Rock and Roll Hall of Famers as Robert Plant and Steven Tyler. “Aerosmith and Led Zeppelin are everything to me. Though I love Lou Gramm, Burton Cummings, and Ian Lloyd as well. Beyond that I would say, if it came out between 1966 and 1978 chances are I’m a fan,” he said.

Sinclair expressed his gratitude towards his fans. “I’m incredibly moved at every show with the outpouring of love I feel. Thank you for your undying support that has enabled me and my band-mates, and the whole GTLO team, to live the rock and roll dream in ways we never imagined. Thank you for your fierce loyalty and boundless passion for Zeppelin. Thank you for giving us the opportunity, again and again, to share with you the wonder, the power, and the joy of music.”

He concluded, “For those who have not seen our show, or have only seen it once, you need to know that the show changes every night. Zeppelin’s catalog is so vast and filled with hits that it would be criminal to play the same set every night. The set can be different by ten or more songs night to night. So if you came to a show and didn’t hear ‘Achilles Last Stand’ don’t worry, it’s comin’.”

In this article:Get The Led Out, Led Zeppelin, paul sinclair 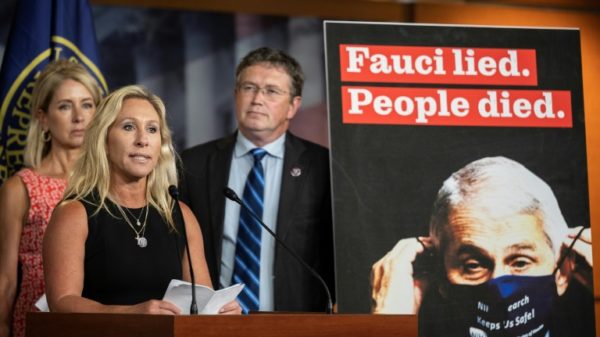 Republican lawmakers, eager to blame a US government official for the response to the coronavirus pandemic, introduced a bill to fire Anthony Fauci. 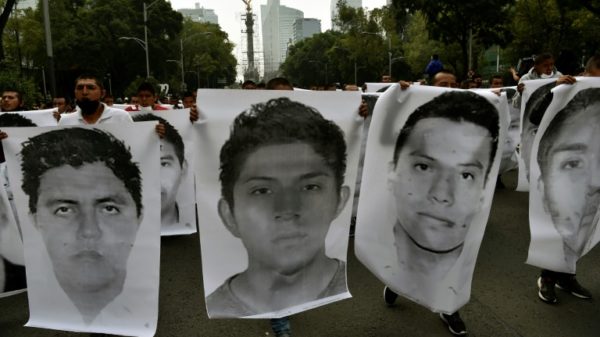 Forensic experts have identified the remains of a third Mexican student from among the 43 whose murky disappearance in 2014 shocked the country.