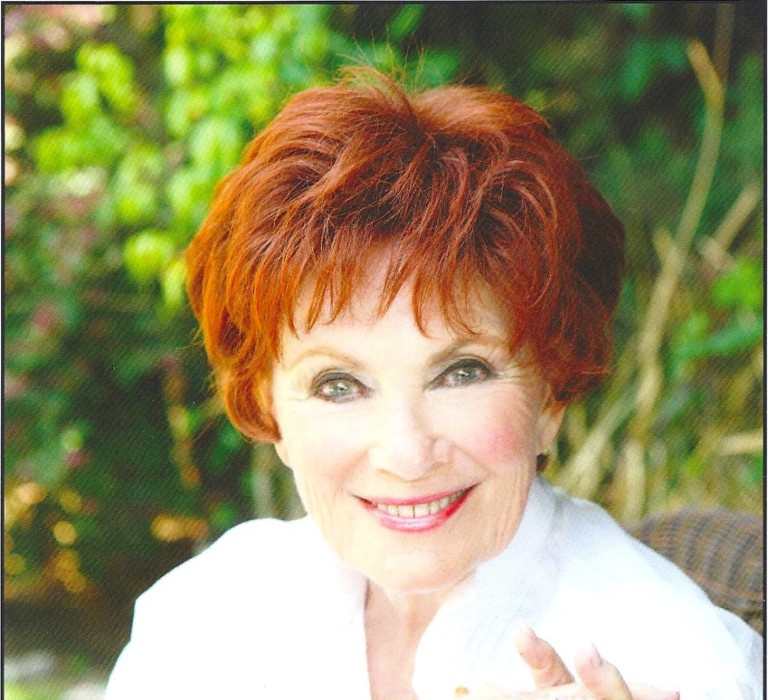 The acclaimed TV mom was recently honored with her own bronze statue. Her hometown of Albert Lea, Minnesota, is so proud of their famous TV mom that they have named a theatre after her, as well as a street in her honor. The town has decided to dedicate a bronze statue of the favorite citizen, which was unveiled on July 2. “It looks quite nice, I like it a lot,” she said.

The statue is located outside the theatre that was named after her, the Marion Ross Performing Arts Center on Broadway in downtown Albert Lea and Marion Ross Street which was recently renamed in her honor. “It is right there in front of the theatre, isn’t that nice,” she said.

Ross opened up about her life on-screen and off-screen in her new book “My Days: Happy and Otherwise.” For eleven seasons, Ross was the matriarch of one of America’s favorite television households.

In her book, Ross’s story is one of inspiration, persistence, and gratitude. It’s also a glowing tribute to all those who fulfilled her dreams and in turn, gave us some of the happiest days of our own lives. “In the book, I just told everything the way it was,” she said. “It was a cathartic process, I told my story to the author, and then it was fun. I am very pleased with how I have lived my life. I am 92 years old.”

She reveals the absolute joys of playing a wife and mother on TV and the struggles of maintaining those roles in real life. Among Ross’s most heart-rending recollections are those of finally finding a soul mate-another secret hope of hers made true well beyond her expectations. “I loved playing her and being Mrs. C on ‘Happy Days’,” she admitted.

Prior to being affectionately known to millions as “Mrs. C,” Ross worked for two decades as a Paramount starlet, where she appeared in nearly every major TV series of the 1950s and 1960s. Soon after came the fateful phone call from producer Garry Marshall that made her an overnight success, and changed her life.

Ross admitted that her first love is the stage, and she received critical acclaim for her Broadway and national tour, with Jean Stapleton, in “Arsenic & Old Lace,” and the national tour of “Steel Magnolias.”

She starred in the acclaimed television series “Brooklyn Bridge,” for which she was twice nominated for an Emmy and was a two-time winner for “Best Comedy Actress of the Year” by Viewers for Quality Television. She received a total of five Primetime Emmy nominations. “Those Emmy nominations felt really good too,” she said. “It’s pretty hard to win an award because we have so much competition but I have had a good time with my life and my career.”

Ross scored a Golden Globe nomination for her role as Rosie in the movie “The Evening Star” with Shirley MacLaine. She has played Drew Carey’s mother on “The Drew Carey Show,” the feisty mother on “Gilmore Girls,” and the terrible mother-in-law on “That 70’s Show.”

She also played Sally Field’s mother on “Brothers & Sisters,” and Leslie Nielsen’s wife in the movie “Superhero.” She is the voice of Spongebob Squarepants’ grandmother and Mrs. Lopart on “Handy Manny.” She recently did a guest voice-over on the animated cartoon series “Guardians of the Galaxy.”

On the key to longevity in the entertainment business all of these decades, she said, “You need to keep very flexible, keep bending with the times, things change all the time. It’s extraordinary to keep in the game and keep it going. Have fun with it.”

Regarding the title of the current chapter of her life, she said with a sweet laugh, “Come on Over, let’s have fun together, okay?” “I call my house ‘Happy Days Farm.’ I have nearly two acres here in the suburb of Los Angeles,” she said.

She revealed that her two adult children are in the entertainment business as well: her son Jim Meskimen is an actor, and her daughter, Ellen Kreamer, was a writer on “Friends.”

For young and aspiring actors, she encouraged them to “follow their dreams.” “Don’t let anyone take your dream away from you,” she said. “Keep adjusting and adapting since things change all the time and you change and you get older. Hang in there and don’t give up.”

In 2001, she received a star on the Hollywood Walk of Fame, and in 2008, was the renaming and dedication of The Marion Ross Performing Arts Center in her hometown.

Ross defined the word success as being afforded the opportunity to have “followed your dream.”