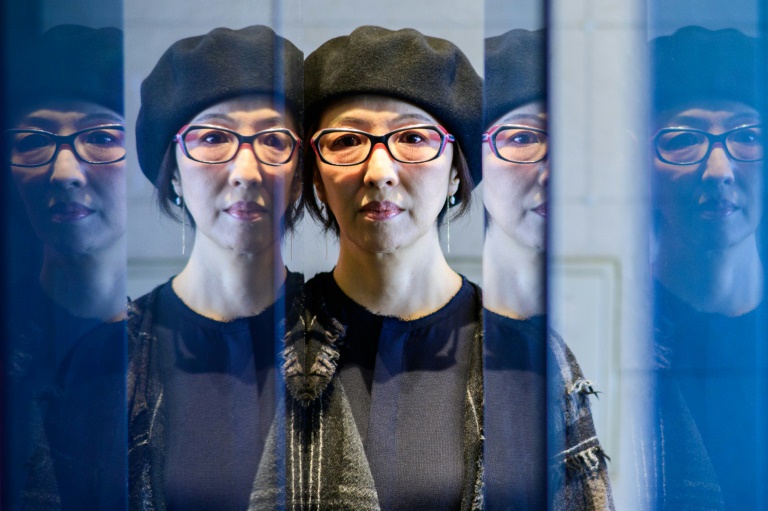 As a North Korean anthem blared, through bursts of confetti, he handed her a note before his ferry departed Niigata port: “Yonghi, listen to a lot of music. Watch as many movies as you want.”

It was 1972, a year after her parents — members of the ethnic Korean “Zainichi” community in Japan — had sent their other two sons the same way, lured by the Kim regime’s promise of a socialist paradise with free education, healthcare and jobs for all.

The boys never moved back.

“My parents dedicated their entire lives to an entity that came up with such a senseless project and forced them to sacrifice their own children for it,” Yang, now 57, told AFP.

The trauma of being ripped apart from her siblings reverberates in all of Osaka-born Yang’s films, which document the suffering of her family across generations — from the end of Japanese colonial rule to decades after the split of the Korean peninsula.

Her father was a prominent pro-North Korean activist in Osaka, and had sent his sons to live there in the 1970s as part of a repatriation programme organised by Pyongyang and Tokyo.

Around 93,000 Japan-based Koreans left for North Korea under the scheme between 1959 and 1984. Yang’s eldest brother was among 200 university students specially chosen to honour Kim Il Sung.

The regime’s promises came to almost nothing, but the Zainichi arrivals were forced to stay. Their families could do little to bring them back.

Yang’s parents “had no choice after having already sent their children. To keep the kids safe (in North Korea), they couldn’t leave the regime, and had to become even more devoted,” she said.

“I was so angry at the system that kept my brothers as hostages.”

Unlike her parents, Yang rebelled.

Yang said she faced discrimination in Japan — repeatedly denied jobs and fired from a film project because of her Korean heritage.

She also had to grapple with the pro-North Korean sentiment in her community.

Her father was a prominent figure in the Chongryon organisation — Pyongyang’s de facto embassy in Japan — which ran the university where she studied literature.

During her time at the school, when students were asked to interpret texts with leader “Kim Jong Il’s literary theories”, Yang said she once submitted a blank page.

And at home, where portraits of North Korean leaders Kim Il Sung and Kim Jong Il hung side by side, she resented her parents for sending her brothers away.

“I wanted to be free,” Yang told AFP.

“I could have… pretended I was Japanese, and avoided being honest about my father and brothers, acting as if I don’t recognise any problems.”

“But to really break free, I had to confront them all.”

After a failed marriage and spending some three years as a teacher at a Pyongyang-linked high school, she left for New York to study documentary filmmaking.

And it was through movies that she began to unpack the story of her family.

Her first documentary, “Dear Pyongyang”, was released in 2005 to critical acclaim, including at the Sundance and Berlin film festivals.

It offered a rare, independent look inside North Korea, featuring footage from Yang’s camcorder during her trips to visit her brothers.

It infuriated the Chongryon, which demanded an apology.

By then, Yang had acquired South Korean nationality, making it impossible for her to ever visit her brothers again.

“It’s a huge price, but I have no regrets. I at least stayed true to my own desire — to make a movie, and to tell a story about my own family,” Yang explained.

– Desperate for a homeland –

Yang’s latest step in that quest is the film “Soup and Ideology”, set for a theatrical release this year.

It focuses on her mother Kang Jung-hee, who fiercely loves her children but is also deeply loyal to Pyongyang.

For 45 years, she sent food, money and other goods to her sons in Pyongyang, including Seiko watches to be exchanged for cash.

Yang said her mother was often “unnaturally and overly cheerful”, telling people that her sons are doing well in Pyongyang “thanks to the North Korean leaders”.

“But at home, she would cry alone,” the director said, especially after Kang’s eldest son was diagnosed with bipolar disorder.

Yang said her mother would send any medicine for the disease she could afford from Japan to North Korea, without knowing what he might need.

In her old age, she told Yang of yet another traumatic event — a bloody crackdown by South Korean forces on Jeju Island in 1947-54 to crush an uprising.

As many as 30,000 people were killed, according to the National Archives of Korea.

They included Kang’s fiancee and relatives.

“My mother is someone who desperately wanted a homeland. She wanted to belong to Jeju but she was forced to leave. She didn’t see her place in Japan,” Yang said.

“She was looking for a government that she could trust, and she believed in North Korea.”

That is where Yang’s two surviving brothers remain.

Despite the struggles facing her, Yang said she still wanted to speak out.

“Since I was young, I was constantly told: ‘don’t say this, don’t say that, always say this’,” she told AFP.

“I realised I wanted to do it whatever the price.”