Resnicow chatted exclusively with Digital Journal about his New York City WorldPride events that were a huge success raising over $500,000 for several LGBTQ organizations and curating a world-class lineup.

“Our goal was not just to deliver an epic party but unforgettable experience in every way,” he acknowledged. “They are all here to celebrate 50 years of history that began in one single moment right here in NYC at the Stonewall Inn when our community decided enough was enough and demanded equality.” 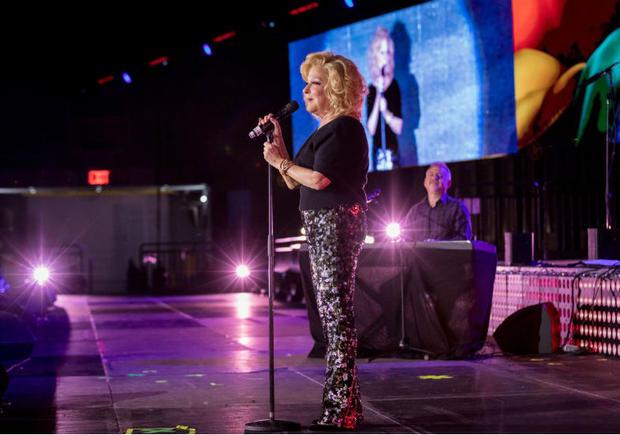 Bette Midler opened the evening along with a performance of “Friends” along with messages from Cher, Dolly Parton, Camila Cabello, Elton John, RuPaul, Sean Hayes, and Tom Hanks. Broadway star and fashion icon Billy Porter followed with a moving performance of his new single “Love Yourself.”

“I’m so proud to support our community. This was one of the biggest accomplishments of my career, and it’s just the beginning,” he said.

“Nightlife allows me to express my creativity and create safe spaces for our community to connect, engage and be free,” he said. “We all live stressful lives and have become 24-hour workaholics so we all need a place to let loose and experience the extraordinary. My role as an event producer is to take you on a journey into a world of love, happiness, and fantasy.”

Resnicow continued, “The nightlife industry is extremely competitive. The key to keeping your guests wanting more is including them in the experience, and making it something they’ll remember and be a part of for a long time.”

“I’m all about the ‘wow’ factor and offering new and exciting experiences including diversity in talent, music, decor, venue, theme, and special effects. Even at the biggest events, I make sure that each party still retain a personal touch,” he added.

When asked what fuels his passion to be in the nightlife industry, he said, “My passion is fueled by the positive feedback I receive after all my events. It makes me feel good to know when someone acknowledges that they had the best time and that motivates to work even harder for the next one.”

Resnicow revealed that a typical day in his life entails the following: “engaging with my creative team, ambassadors, charitable organizations, and bookers to scout new locations for upcoming events as well as calls with agents to book new DJs and performers.” “I am 100 percent hands-on every event that I produce. I am fortunate to have an amazing team. I have lots of ideas and things I want to accomplish, but my team has allowed me to do things I dreamt up,” he said.

On the future of nightlife with the rise of the millennials, he said, “Millennials value experiences over things and look to events as a powerful way to connect. Online interaction will never replace face-to-face. I look to create fully immersive experiences that incorporate all five senses: sight, sound, touch, taste, and smell. My inspirations include Tomorrowland, Burning Man and cutting-edge shows like that of Eric Prydz.”