Rosenthal serves as Billy Joel’s musical director, and he plays keyboards, piano and organ. “It’s an honor and a joy. A great musical experience. Billy Joel’s music is timeless and a whole lot of fun to play. We are really fortunate to have such a tremendous amount of talent in his band. The whole band is fun to play with and Billy’s spontaneity makes every one of the shows enjoyable,” he said.

While it was difficult for Rosenthal to select his personal favorite Billy Joel song, he listed “Scenes From an Italian Restaurant” and “Pressure.” “There are so many great ones,” he said. “‘Pressure’ has a lot of really cool parts in it.”

In August of 2018, Joel is expect to hit one million tickets sold, from his 55-show monthly residency at the World’s Most Famous Arena, which kicked off on January 27, 2014. “It’s really amazing! It has been an incredible run, and it seems to keep going. The crowd response is just as powerful as ever,” he said. “Who would have thought that ‘the regular crowd shuffles in’ would mean 19,000 people?” he added, referring to a lyric from “Piano Man.” 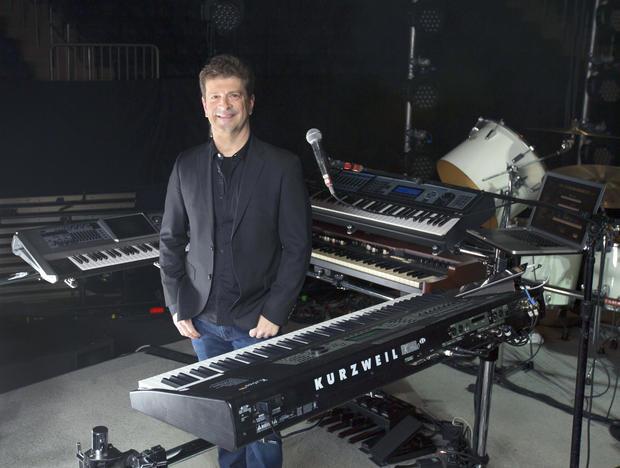 One of his proudest professional moments, playing in Joel’s Band, was performing at Shea Stadium. “Those were magical shows. It culminated with Paul McCartney,” he said.

Speaking of DelGuidice, Rosenthal had nothing but the greatest remarks about Mike DelGuidice, who aside from being in Billy Joel’s band, also fronts the Billy Joel tribute band, Big Shot. “Mike is the newest member of the band and has been a real asset! He is such a talented guy and a great singer, it really is a pleasure working with him,” he said.

For aspiring musicians, Rosenthal’s advice is for them to “practice.” “Young musicians need to take advantage of the time that they have on their hands to practice and master their craft. Over the years, it becomes harder to find time to sit down and dedicate to practicing. Do it while you are young and when

you have time. Work to master your instrument, and hopefully a break will come, where you will have a chance to use it,” he said.

Regarding the impact of technology in the music industry, Rosenthal noted that technology is ubiquitous. “Technology is everywhere in the music business. From the consumer side, with things such as iTunes, Spotify, Pandora, and all the different streaming services, it has really changed the way that the music business functions. The accessibility to music that everybody has is completely different than it used to be. From the musician’s side, it’s all completely different because all of my instruments are computer based. While I used to carry around lots of synthesizers, now they all live inside the computer in software. I’m doing the same type of work, and creating the same type of sounds, but it is being generated from software instead of banks and banks of keyboards. It’s an exciting time because technology keeps changing so quickly,” he explained.