It is evident that HMV could no longer compete with streaming services. Sunrise Records had purchased HMV’s assets in Canada back in 2017, and now the store chain has made a deal with the British company. This will allow HMV, which stands for His Master’s Voice, to keep most of its locations in Britain open. It was reported that HMV Canada was sold for $3.2 million.

The Guardian revealed that 27 HMV stores in prime locations have closed, including HMV’s first store on London’s Oxford Street that was opened by Edward Elgar in July of 1921. In these 27 store locations, it is estimated that approximately 455 employees will be out of a job.

HMV was founded in 1921, and it went on to become of the biggest retailers of music in the globe, especially after it expanded to its Canadian locations in 1986. The demise of HMV is due to the fact that they have been hit hard with the exponential rise of online music streaming services such as Apple Music, iTunes and Spotify, among others.

Sunrise Records, is a music store chain based in Hamilton, led by CEO Doug Putman, who has put a successful bid to purchase the rest of the HMV chain. Putnam is a self-proclaimed “lover of vinyl records”, and he hopes to put a new spin on HMV. 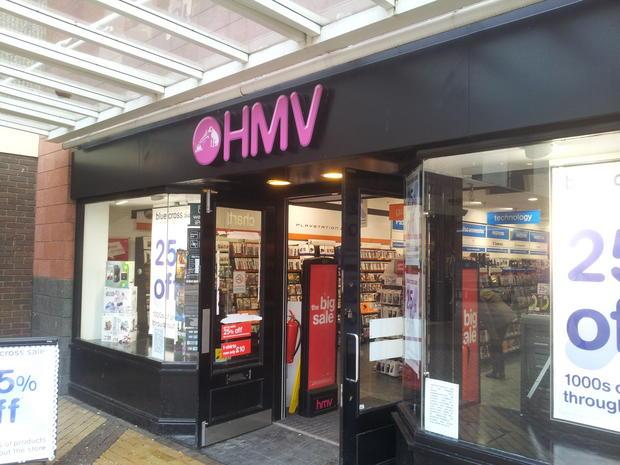 Putman stated that Sunrise Records is “delighted to acquire” HMV, which he described as the most historic music and entertainment business in the United Kingdom. He added that he knows that the “physical media business” is here to stay, and he appreciates everybody’s support, which ranges from landlords, their suppliers, workers and consumers.

In an article by the CBC, professor Christian Stadler, who teaches management at the Warwick Business School in England, noted that the HMV sale is “excellent news” for anybody that is interested in buying hard copies of music as opposed to streaming music online.

However, Professor Stadler added that it is “foolish” to think that there is room for considerable growth. He further stated that the new owners of HMV will need to focus on finding ways to ensure a future for their company.

As indicated in Forbes, the sales of physical music media have slumped as customers replaced them with streaming services, and the statistics are quite staggering. In 2018, album sales in the United Kingdom amounted to 32 million units, which is 100 million units less than the number of discs that were sold just over a decade ago in 2008; moreover, this was a drop of 9.6 million “year-on-year” according to the BBC.