Martsolf will be joined by such fellow co-stars as Freddie Smith (Sonny Kiriakis), Gilles Marini (Ted Laurent) and Greg Rikaart (ex-Leo Stark). “It will probably be one of the most intimate fan encounters that they’ve ever had,” he said. “Paul and Keith have done a terrific job at Star Struck in creating an atmosphere where fans and actors can get to know one another. It is definitely an experience that people remember. We get a chance to have full conversations about the show and about life. They have done a great job creating that atmosphere.”

He complimented Marini, Rikaart, and Smith for being “first-class gentlemen.” “We are actually all very different but we all have mutual respect for one another. It’s a mutual admiration society among the four of us, where there is a lot of camaraderie,” he said.

Each day, Martsolf is motivated primarily by his “strong sense of ambition.” “As a youngster, I wanted to prove myself. I decided to put law school on the side burner and pursue acting full-time and making a living doing it. My goal was to prove that to my family and my friends,” he said.

“I still maintain a sense of ambition for projects, but now my strongest incentive is my family. Everything changes when you have kids, and your world is not about you anymore, it’s about them,” he said. “As an actor, it’s a very unstable occupation. In the end, it’s your attitude and your work ethic that create job security. I have been very fortunate. I have been with NBC for over 17 years now. I don’t take a single day for granted.” 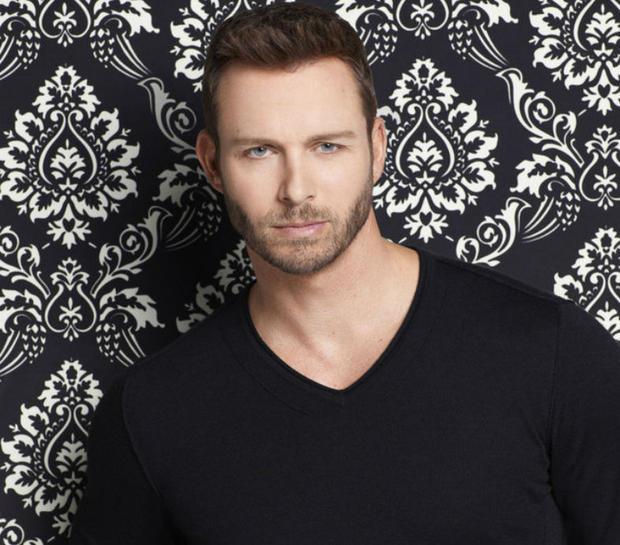 He is drawn to his character Brady Black for many reasons. “I admire his desire to go with his heart. He’s a man of instinct. Brady goes with his gut, but I admire that’s what he listens to move him forward. He’s a fun character to watch. The one thing that I dislike about Brady Black is his addictive personality, which gets him in a lot of trouble. We all know people who have struggled with addiction, and it has impacted his ability to maintain relationships,” he explained.

Martsolf was nominated for a 2019 Daytime Emmy Award for “Outstanding Supporting Actor in a Drama Series.” “It always feels good to be nominated especially since that category. I was very happy to receive that nomination since I didn’t expect it this year. That category has the highest number of applicants,” he admitted.

In 2014, Martsolf made history becoming the first Days of Our Lives actor to win the coveted Daytime Emmy Award for “Outstanding Supporting Actor in a Drama Series.” “That was wild for me since it was my first nomination as well,” he said. “One of my favorite quotes in this industry is when ‘luck meets preparation’. You constantly have to be prepared for that opportunity that pops up and luck has a lot to do with it. The people that are most successful in our industry are the ones that are most prepared and ready for their shot.”

He had submitted the following Emmy reel for that nomination, where he tackled his character’s drug and alcohol addiction.

When asked how he handles being dialogue-heavy and memorizing lines, Martsolf said, “There is no magic potion. There is no secret to learning a truck-load of dialogue. You just have to have the patience, tolerance, and discipline to memorize. The brain is a muscle.”

“One of the best things about working in soap operas is that you become very seasoned and accustomed to learning large amounts of materials,” he added.

Regarding the key to longevity in the acting and entertainment business, he noted that a lot of it deals with “reinvention.” “You need to change with the times and you need to adapt to different co-stars and have chemistry with them. You have to bring a sense of fun to the set. You need to find a way to have a good time since it’s an everyday process,” he said.

“At the end of the day, whether you are a producer, writer or an actor, you want to share a stage with somebody that you can trust and have an enjoyable day with. You need to be open and have a good time,” he said.

Martsolf shared that one of the best pieces of advice that he received in this business is to “not be afraid to be uncomfortable.” “You only grow as an actor when you put yourself in uncomfortable positions and situations. Find the truth in them and find a way to say them,” he said. “Take the lemons and make lemonade out of them,” he added. 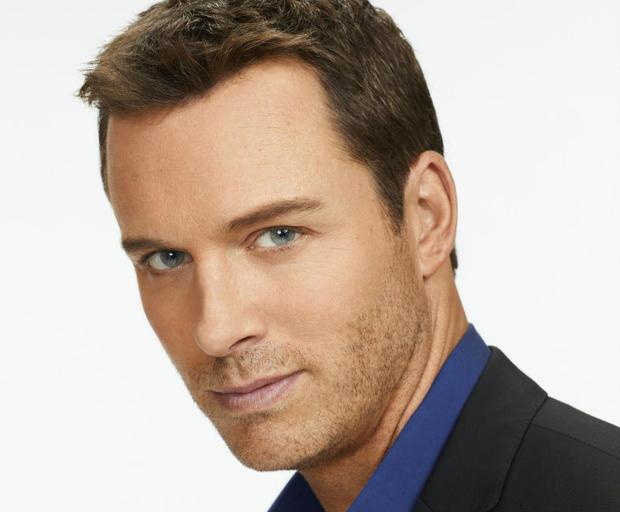 For young and aspiring actors, he encouraged them not to get into this field, unless they “absolutely have to do acting.” “Acting is one of the hardest things on the planet. It has a failure rate in the atmosphere and you need to have a really tough skin to handle the rejection that comes along with the industry,” he said.

“If acting fills up your soul and heart, and it makes you alive, then you don’t have a choice, and at the end of the day, you have to be an actor,” he said. “Also, young actors should never turn down a small role that they might think is beneath them. There are no small roles. Do it every chance you get since it can only benefit you.”

On being an actor in this digital age, he acknowledged that it’s a double-edged sword. “I like the fact that the digital age is allowing so much more content, and it gives more people a platform to do so,” he said. “At the same time, I want to make sure we maintain the integrity of historic television and movie-making. It’s a beautiful process and film is what I grew up watching. The classic movies are so timeless for me.”

In his personal life, he is a husband to Lisa and a father to twin boys, Mason Alan and Chase Evan, both of which are water polo players. “It is one of the hardest sports in the world. I don’t know how they do it, they are like aquamen,” he admitted. “I am very proud of them. They’ve made strides and they are two of the strongest players on their team. Two years ago, they didn’t know what a water polo ball was so I admire their dedication and their hard work in the sport.”

He revealed that the title of the current chapter of his life is: “Embracing Middle Age.” “If you feel good as you get older, you should shout your age from the mountaintops,” he said. “It is important for people to embrace their age and feel good about it. Realize that age is just a number and you are only as old as you feel.”

Martsolf defined success as “looking forward to Monday morning.” “Success is when you find something that you love to do, and you can’t wait to get back to work. Since being on NBC daytime, there isn’t a Monday that I haven’t looked forward to. I love going to work on Days of Our Lives. I am blessed,” he said.

For more information on the upcoming Star Struck fan event in August in Tarrytown, New York, check out its official homepage. “Get ready for a party with four of the nicest guys around. We are excited to see everybody,” he said.

In this article:Actor, days of our lives, Emmy, Eric Martsolf, Nbc