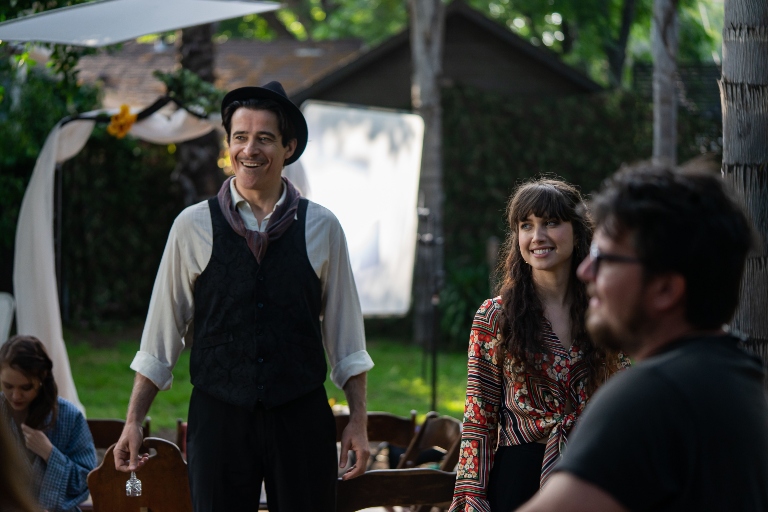 Actor Goran Visnjic (“ER”) chatted with Digital Journal’s Markos Papadatos about the film “The Accursed,” where he plays Nikola and co-stars alongside Maiara Walsh, and being an actor in the digital age.

On being a part of “The Accursed,” he said, “It was like being a part of a family… Elizabeta, Kathryn, Mario, Izabela, made us all feel like we are a part of one big family and it was crucial for the making of this film too. The movie is all about the family. I’d just like to add that our movie family was much happier than Nikola’s.”

“I enjoyed interacting with other actors, Yancy Butler was an awesome partner who gives so much as an actor, all you have to do is react. I enjoyed playing a father to amazing George Harrison Xanthis, I loved that experience of, Oh my God this is something waiting for me in a few years,” he said.

“Then Izabela who is just so talented and bursting with some positive energy which is impossible to ignore. Maiara Walsh with whom I had only a few little scenes but she was wonderful. It was such a pleasure to interact with these talented actors. And of course, let’s not forget our directing team, Elizabeta, and Kathryn who were so well prepared and knew what they are doing they would put to shame some way more experienced colleagues,” he elaborated.

On being an actor in the digital age, he said, “Well, like with everything there are pros and cons but I always like to focus on the positive. There is no film loading anymore, you can keep the take running for a really long time and do that really sensitive monologue as many times as you want. Then, there is auditioning… I hate it… Always hated it… but now, you can record yourself off of your phone as many times as you want, choose the best take, and send it out. I love the digital age for an actor.”

For young and aspiring actors, he responded, “I don’t know… I’m not the one to be giving advice to people… from my personal experience you tend to start listening to advice when you are much older… when you are younger you think you know everything and that old dude giving you advice is just full of it…lol But I’d say one thing; treat every opportunity like it’s the only one you’ll ever get. You never know where can something at first glance small and unimportant get you. Grab every opportunity by the horns.”

When asked about his dream acting partners, he said, “I was already pretty lucky in my life to be able to work with some amazing people and I hope that streak will continue. I don’t want to single anyone out.”

Regarding his daily motivations, he said, “It’s not each day… It goes from job to job, from script to script… If you read something amazing, exciting character, great people to work with? You don’t need any motivation, everything is there. And also motivation is a weird word… you should learn not to rely too much on motivation. Persistence, hard work, showing up on time, and a little bit of talent can get you pretty far.”

On his definition of the word success, Visnjic said, “Success is another one of those words I’m not particularly fond of, to be honest. I mean, what does that say about you? You are successful; does that mean you are done? When can one say he is successful? When you make a lot of money but you are bored to death on a cheesy show? When you don’t make money but enjoy yourself on some indie movie?”

“Success is something internal, something only you know deep inside yourself, answer to that question, are you happy and successful? Because what is a success without happiness? And what someone looking from a side sees and thinks of your work, successful or not, is unimportant. It’s what you think and feels where you are in your life and carrier,” he said.

Visnjic concluded about “The Accursed,” “I would like to tell them, go and see the film! It is unique and original and being a part of the genre that is so thoroughly explored means and says a lot. Enjoy the movie.”