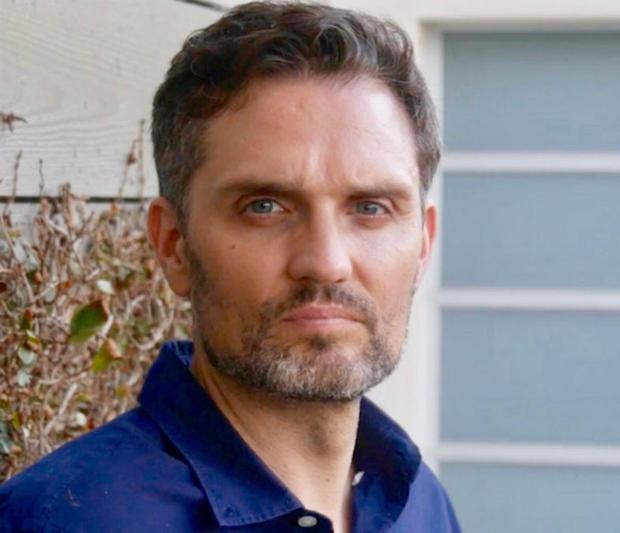 Emmy nominee Graham Sibley (“Dark/Web”) chatted with Digital Journal’s Markos Papadatos about being a part of the “Endangered Tales” podcast.

On his “Endangered Tales” podcast, he said, “You know, this whole thing stems from a photo of a goat that Bojana Novakovic took in the Himalayas. She had posted it in her feed one day and I was just so taken by it. Bojana’s photo inspired me to paint an abstract version of it and decided to write this story that I painted on it.”

“The funny thing is then Bojana ended up buying my painting and now she’s part of the podcast too! Full circle, I suppose! But yeah, creative ideas evolve, and also having kids and then the pandemic — they all play a huge part in my inspiration. And also having extra time at home over the past year really got me thinking about my responsibility, not only to my family and setting an example for our boys but also to our world,” he elaborated.

On his future plans, Sibley revealed, “I am currently in South Africa shooting a limited series. I can’t talk about it at the moment but it’s an honor to be working on this material with this team.”

Sibley opened up about life during the quarantine. “All in all — my family and I are very blessed,” he said. “We always had food — although toilet paper and baby wipes were a different story. A few family members did end up getting COVID but everyone is fine. There were definitely hard days but looking back I was able to spend so much time with my wife and our boys.”

“Now that I am so far away right now shooting and really missing them, I think about our long days playing in the backyard and making meals together,” he added.

He also reflected on his Daytime Emmy nomination, which he earned a year ago. “It was thrilling,” he said. “Being recognized for my work was really exciting. You know, when they announced Lin as the winner, I just remember feeling so much relief. It was a long time to hold onto hope. I think we found out I was up for consideration in January then there was the pre-nomination, then the actual nomination, and then months later the ceremony. I think the whole process was seven months. At the time, it all feels so important and now I’m just really grateful that I’m forever an Emmy-nominee. It’s pretty cool.”

On the greatest lesson that acting has ever taught him, he responded, “That I know nothing. We’re trying to re-create truth and capture lightning in a bottle. It’s such an experiment. Acting teaches me about who I am, who I want to be and why life matters. Studying human nature as intimately as actors do, the lessons really reveal themselves everyday and each one feels important.”

Regarding his definition of success, he responded, “Today, I think success means that my wife and children feel safe, loved and that we all feel connected to each other and ourselves. I think when we feel safe and protected we’re able to really take risks, be creative and see a bigger picture. I think being married and having a family has really opened me up to seeing how I can better serve people and our world and that’s what our podcast is all about — celebrating all of us that call Earth home.”

Sibley remarked about the “Endangered Tales” podcast, “The team behind our podcast is unbelievable. This entire project exists because an incredible team of people all around the world decided to come together and do something good.

He continued, “Kyle O’Neal and Chuck Rosenthal, who are both producing, are really to thank here. Without these guys, this show would not exist. Kyle, who is also sound designing, brought these stories to life, and together — with this amazing group of people stretching from Namibia to New York and our partners at Mongabay, University of Montana, and The LA Zoo — we were able to create something that will be around forever and hopefully inspire some change. We will begin releasing episodes on all platforms — Spotify, Apple Podcasts, and Google Play — on Endangered Species Day, May 21. For more information please visit our website.”