In 2020, Motörhead was nominated for the prestigious Rock and Roll Hall of Fame. They earned over 686 million streams on Spotify, over 50 million listeners, and the group has well over 2.5 million followers. This year, the accumulated 28 million views on YouTube alone. “That was good. Too bad we never got in last year, but we can always be nominated again,” he said. “I think we should be in there, and hopefully, we will get in sooner rather than later.”

The deluxe Ace of Spades 40th-anniversary box-set topped the charts in the United States, and it achieved high-charting positions all over the globe; moreover, it was also named as one of Rolling Stone’s top box-sets of 2020. “That’s great. It’s a great song and it means so much for Motörhead. Lemmy was right when he said ‘I’m glad we wrote a good song’ that we are stuck with for the rest of our lives,” he said.

On his music and songwriting inspirations, he said, “To write good songs, you need to be a good unity. The three of us wrote really well and it was a great camaraderie. The vibe is great and it’s easy to write music when you enjoy it. We’ve had some rough times too, the mid-’90s were not easy, the music scene, in general, was pretty tough. Overall, we wrote good music. You get inspired by touring and doing good shows and enjoying yourself on the road.”

He also fondly remembered the late frontman, Ian “Lemmy” Kilmister, on what would have been his 75th birthday, which falls on December 24 (Christmas Eve) of 2020. “He turned 70 five years ago and we never really celebrated his 70th birthday. Unfortunately, four days later, he died,” he said. “His spirit lives on forever. That’s why we are still working really hard on the music just keeping the Motörhead name alive.”

“We have such a hardcore fan-base, to the point where it’s ridiculous. When Lemmy passed away, it was even clearer that we have the best fans in the world. They are really great,” he added.

There is a major biopic movie on Lemmy and Motörhead in development, and the shooting is scheduled to begin in June of 2021 (COVID-permitting). “The film will be on all of us, it’s Motörhead,” he said. “Hopefully, they make it right this time.”

Regarding the key to longevity in the music industry, Dee said, “You need to enjoy it. When you are enjoying each other, it’s not hard to keep on doing this. It’s the best job in the entire world. You need to be true to yourself and not sell out. That’s what we did with Motörhead.”

On the title of the current chapter of his life, he said, “We are trying our best now to stay focused on what’s going on. Every country is in lockdown. We are trying to stay safe and healthy. We want to start over next year, and hopefully, everything gets more back to normal.”

For young and aspiring bands and rockers, he said, “Stay true to your music and instruments. Do not sell out, it is so easy to sell out. Stick to your guns, that’s the best thing to do. Also, keep practicing all the time.”

Dee defined the word success as “friendship and new friends.” “I wake up every morning and I love what I do,” he said. “I am so thankful for good health and a good head on my shoulders to continue playing. There is no cheating in this business, you can’t cheat your way through it. You need to work very hard, you can’t sit back on a comfortable couch to enjoy the ride.”

“Thank you for staying so true to us. Keep following us. It is just Phil [Campbell] and I left. Motörhead will be there forever. We are still working very hard on keeping the name active,” he concluded to all the dedicated Motörhead fans.

For more information on the rock group Motörhead and their music, visit their official homepage and their Facebook page. 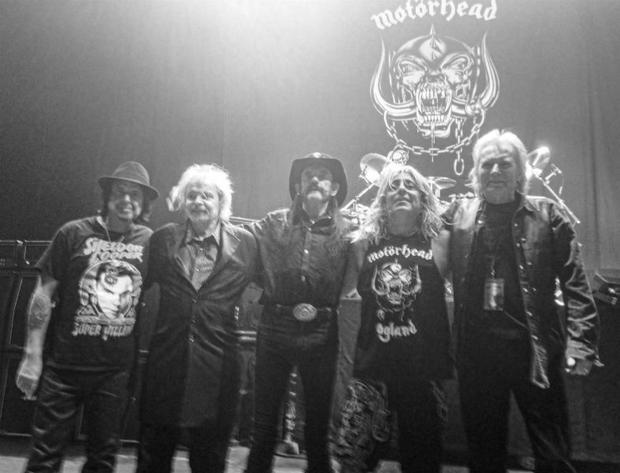