“It will feel more real when it happens in 30 days from now,” he said, about his namesake theater at The Linq. “We are working on the marquee right now, and what it’s going to look like and the exciting things that go along with it. It has been a fun ride so far.”

Franco continued, “We are going to be increasing our number of shows, and we’ve added more chairs, and I’m excited to see more people each week.”

The Rhode Island native shared that he has acclimated to the Las Vegas way of life. “Vegas is a really cool place. I’m from the small state of Rhode Island, where anything over 20 minutes is a long drive, since it takes an hour to drive around the whole state, but in Vegas, they have the same mentality, since if you drive more than 45 minutes, you will probably wind up in the middle of the desert somewhere. It is a fantastic place to live. I love it,” he elaborated.

On his future plans, Franco said, “Right now, we are gearing up for the big party on July 10. We will be inviting press over, and there will be champagne and cupcakes. We will have a ribbon cutting ceremony, as we introduce the new theater and make it officail. That’s what we are all geared up for right now. It’s going to be here before you know it.”

When asked if he would ever create his own magic kit, Franco responded, “I actually had a meeting about that with someone today. I’ve been approached several times by different companies and groups, and I would love to. I would include all of the tricks that I grew up learning. That would be really cool, and we will see whether or not it ends up happening in the immediate future or the later future.” 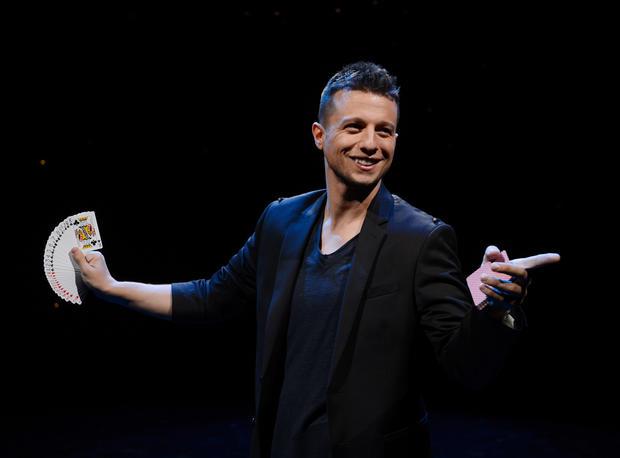 In November of 2016, Franco was presented with the “Best Magic Show” award by the Las Vegas Review Journal. “That was pretty crazy! My whole career has always come from everybody’s support. When it comes to awards in Vegas, those are readers’ choice awards, which are supported by the people, which is the coolest thing. It’s the people that make it worth it to me,” he said.

He defined the word success as “doing what you love” and “happiness.” “Success is not material things and being comfortable with oneself, and really being happy,” he concluded.

To learn more about Mat Franco, check out his official website.

In this article:Las vegas, Magician, mat franco, the linq, Theater