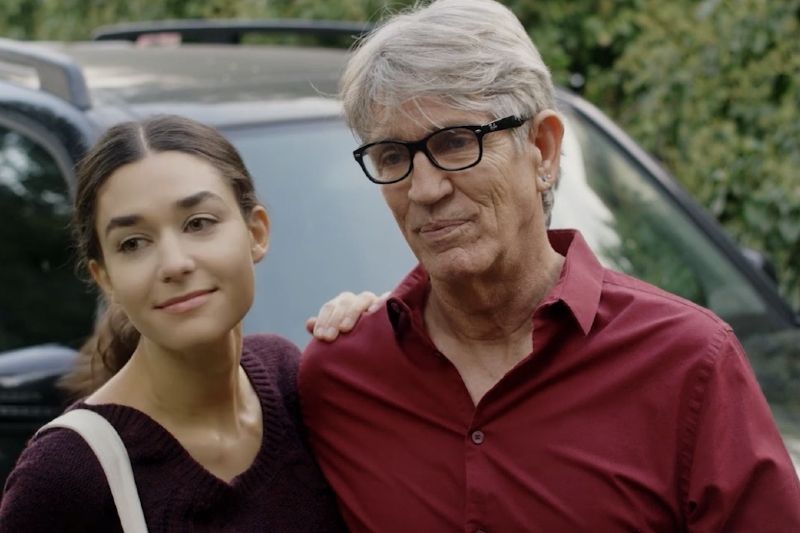 He spoke about the Lifetime movies Her Deadly Groom and Killer Advice, both of which were directed by Jared Cohn. “Those movies were so much fun,” he said.

In Her Deadly Groom, Roberts starred opposite Kate Watson and Michael DeVorzon.

He reunited with Kate Watson in Killer Advice, and also starred alongside Meredith Thomas and Steve Richard Harris. “Working with Kate and Meredith was great,” he said.

On being an actor in the digital age, he said, “It’s a different world with HD. Back in the ’80s, I would be offered a movie in January and I would start shooting in September, so you had all that time to do your homework and live the project,” he said.

“Now, you get offers on a Friday to shoot on a Sunday, so it’s a whole different world and you have to roll with the punches. These days, they look at how many followers you have and it’s just very different. Good thing I have a sense of humor about myself, that’s all I can say,” he elaborated.

In 1985, he was nominated for an Academy Award for “Best Actor in a Supporting Role” for Runaway Train. “That blew my mind that I was nominated for an Oscar,” he said. “When it happens, everybody treats you like you are the greatest thing since sliced bread up until the day you lose.”

Regarding his daily motivations, he said, “Quite frankly, I am well aware that I have the best job on the planet, so what’s not to be happy about?”

When asked about his career-defining moments, he said, “Everything I have ever done is a piece of that puzzle. What defined me the most as a person, and as an actor, oddly enough is married. I have been happily married to Eliza.”

For young and aspiring actors, he said, “Treat everybody that you meet like they will be your boss next week because they might be, it’s show business.”

On the title of the current chapter of his life, Roberts responded, “Downhill with a light breeze.”

Regarding the key to longevity in the entertainment business all of these decades, Roberts shared, “Work leads to work, and help the kids.”

Roberts defined the word success as having “the freedom to choose.”

For his fans and supporters, he expressed his gratitude. “Good for you guys, and thank you,” he told his fans about being on this journey with him.