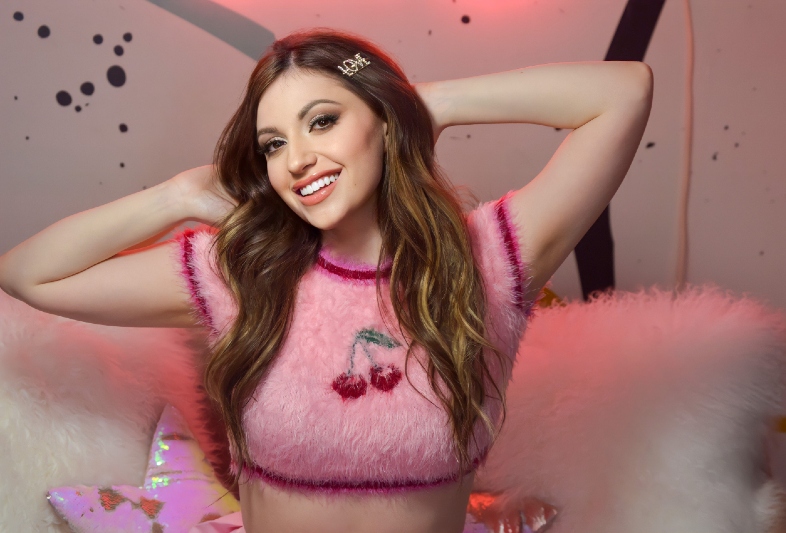 Multifaceted artist Angelina Alexon chatted with Digital Journal’s Markos Papadatos about her upcoming event on May 26 in Manhattan, which is in support of her new single ‘Private Paradise.”

“I am so thrilled to be coming back to NYC to celebrate the release of my new single ‘Private Paradise’ and  take pictures and TikTok vids with fans in front of my billboard in Times Square on May 26,” she said.. “I’ve worked with the amazing (multi-Grammy-winning) producer Robert Cutarella for this new project and will be also having a private party later that night with close friends and music colleagues.”

Regarding her future plans, she said, “Right after ‘Private Paradise,’ I am releasing a new cool project: a pop song I wrote in three languages, (English, Spanish and Greek). The song will be released as three singles, one in English, one in Spanish, and one in Greek. The title in English is ‘Lucky Gem’.”

She shared that her music and songwriting is inspired by everyday life events, as well as melodies and lyrics that come to her mind in sudden instances or dreams.

On life during the quarantine, she responded, “Surprisingly I was quite busy. During quarantine I released a unique protect “One song in 5 languages” where I showcased my original song ‘All We Need’ in five different languages (solely written by me, produced by S.Waves). In this project, I switch languages on each verse.”

“The music video for this project thankfully reached two million views on Facebook and in my heart, this truly served as a message to everyone during these difficult times. The song says “all we need is each other” with the intent of giving courage and smiles to all those who watch it, and hopefully making them stronger and helping them think of the good times, and I did this in every possible way of communication that worked with this particular song (5  languages) so that more people could be reached with this message,” she elaborated.

“Despite also writing nonstop, I was the only young female artist performing regularly on the Las Vegas strip since August,” she said. “I also did a lot of live streaming as well, connecting with fans all over the world and partnering with a few apps. For example, I  was happy to participate at the online live streaming  events such as  AFWerxFusion of the US Air Force at the iconic Las vegas stage the MGM Park Theatre in July 2020 and also at one of Global Citizen online events, who I partnered with in order find solutions against the fight of Covid-19.”

“Last but not least I worked on creating cool designs for masks and other merch for my merch store and of course who wasn’t on TikTok during quarantine? Haha! I posted some funny content myself too,” she added.

On her career-defining moments, she said, “The moment I realized I needed to leave Europe and travel all the way to America to pursue my dream in music.  I recall that moment vividly for I was in Barcelona Spain at the time as a teen performing at clubs and restaurants throughout Spain and Greece while attending high school, and one night after dreaming of going to the US and looking up the price of a plane tix I prayed to ask god for help in deciding whether I should travel to the US alone not knowing a soul in the US to pursue my dream of becoming a pop recording artist or not.”

“The very next day while walking in Barcelona I find on the sidewalk in front of me the exact amount of Euros that I saw the night before was needed to book a flight to the US. Clearly, this was a sign and an answer to my prayer, so I immediately notified my family that I was going to the US booked my flight and came here. That was also the moment where I became stronger and ready as had conquered my fears,” she said.

“The music kept coming as always and I kept pushing steadily and with slow steps, the process also matured me and made me learn a lot about the music biz and life generally but of course for that, I’ve gotta thank my manager Paul Insinna for always advising me and being by my side,” she added.

She listed Drake and Justin Bieber as the two artists that she would love to do a dream duet with someday.

On her definition of success, she said, “I think success is being given the opportunity to pursue all your dreams and of course trying your best to achieve them. Achieving every single dream would be the ultimate success. So far I have accomplished some of my wishes/dreams, but I don’t stop ever striving to accomplish more… I’m super hard working and always go hard.”

For her fans and supporters, she concluded, “A huge ‘thank you’ for staying loyal and sweet to me right from the beginning. I always appreciate their love and support and love showing that by replying to their comments and surprising  them by responding to some of their DMs.”