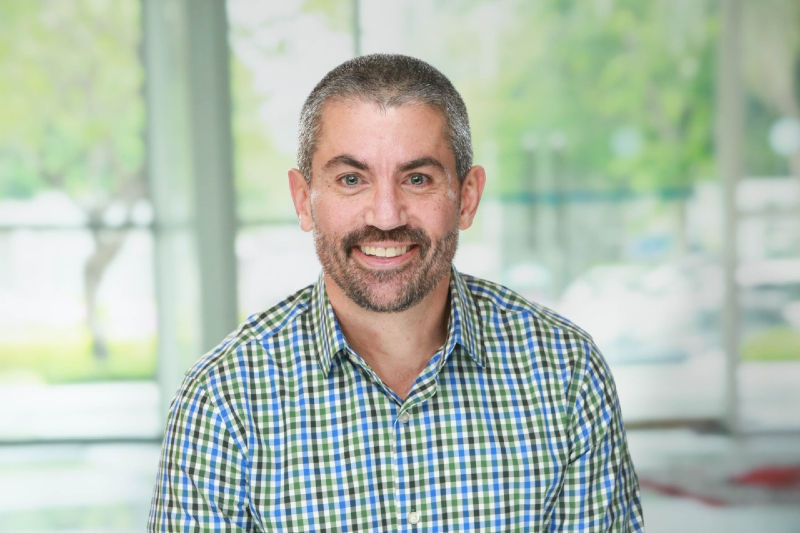 He just celebrated the one-year anniversary of The Locher Room with over 145 episodes and over 460 guests interviewed. “That was surprising since if you had asked me a year ago, I don’t think I would have been doing this a year later,” he said. “My initial thought was to do a couple of things on Instagram. I like to put smiles on people’s faces, we were all in the same boat around the world during the quarantine where everybody was disconnected from friends and family.”

“As a soap fan, I know how much fans look to the soap characters and actors as family,” he added. “It just worked out really nicely, and I am thankful that they are letting me explore other things that I am interested in sharing with them.”

Locher is looking forward to Soap Con Live on May 1, which was co-created by Susan Eisenberg and Lacretia Lyon. The virtual panels with the actors will stream live on The Locher Room’s YouTube page. To learn more about Soap Con Live, visit its official website.

“Soap Con Live will be great,” he foreshadowed. “Susan and Lacretia are really smart ladies. I am really excited. It’s really surprising that there hasn’t been a Soap Con event all of these years. The Comi-Con panels are such a huge success, and these days, it is evident that people miss their soaps.”

He also started a series called “Conversations with Alan.” He started this platform to have open and honest discussions about the rise of hate, the rise of racism, and the rise of anti-Semitism in the United States with high hopes that it leads to conversations that make us all think about our own place in history and what we can do together to change our country’s course.

His next “Conversations with Alan” show will take place on May 5 which is Liberation Day in Holland, where his parents were born and raised. They were hidden away during World War II and without the families that hid them away, he would not be alive today. “As a child of Holocaust survivors, I wanted to get together with children of other Holocaust survivors to speak up,” he said. “I wanted to talk to experts about the rise of anti-Semitism.”

“It took a long time for me to understand what my parents have been through during World War II. My parents are both deceased, and I have to use my voice since they no longer can, and help make sure something like that never happens again,” he said.

“My friend, Mindy Corporon, was my guest in my third show in this series. She has taken this horrible tragedy in her life and has turned it into spreading kindness and getting people together. Mindy has been inspiring to me in trying to spread a positive message,” he added.

In the upcoming May 5th episode, which will be his seventh show in the series, he will share his father’s Holocaust story and revisit his mother’s story that he coincidentally aired on January 6 the same day as the insurrection. “My father’s story was different from my mother’s and it’s interesting,” he said.

“The Locher Room was built because of the daytime community and it’s really nice when people send messages that they appreciate me sharing these other stories with them,” he added.

In this article:Alan Locher, publicist, The Locher Room