Digital Journal — Every time a blockbuster band or singer agrees to hit the stage at a certain city, they bring along a wish list. In fact, it looks like a wish list to me and you, but it’s actually pages of demands for everything from food to booze to sound protocols. Called a backstage rider, this document reads more like a spoiled kid’s fantasy world than a musician’s favourite amenities.

Over the past few years, the fine journalists at TheSmokingGun.com have amassed more than 200 riders from musicians such as Sting, Britney Spears, Tina Turner, Wynonna Judd and Coldplay, to name a few. It’s almost mind-numbing to read what strange items and services these marquee stars require while on the road, but it should be noted how telling these riders can be. Funny enough, you can learn a lot about musicians based on what they need to have backstage. And so Digital Journal presents some of our favourite band riders, courtesy of TheSmokingGun.com:

Known as Canada’s star jazz crooner, Diana Krall demands more than just respect. Her backstage rider stresses the importance of supplying her with a steady stream of red wine. Is that what softens her voice for her swooning fans?

Krall is evidently a big fan of yoga, since she wants a yoga room large enough “to accommodate five people laying down.” Also, Krall seems to be camera shy (or uses make-up to cover up blemishes) because she’s not a fan of extreme close-up camera angles, because the rider emphasizes:
The tightest shot that is comfortable for her is 6” below the shoulders and 4” above the head. We all know Krall is a diva but it’s unusual to see this kind of haughty treatment. If only we were privy to her hubby’s backstage rider — is Elvis Costello as high maintenance as his wife? 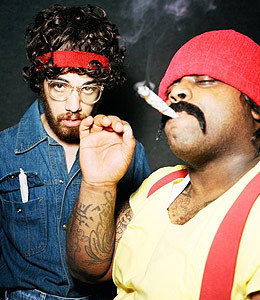 Last summer’s pop-R&B duo hit took the world by surprise with their single “Crazy” but perhaps all that fame soared straight to their cerebrals. One item on the rider says it all: a box of oversized Magnum condoms (known to be 15 per cent larger than normal condoms). It’s great to see Cee-Lo and Danger Mouse practicing safe sex, but they assume a lot to presume they’ll be getting’ some while on the road. Then again, maybe it’s not so “crazy” to picture the band getting mobbed by screaming women.

And what will help Gnarls Barkley get everyone in the mood for some boot-knocking? Their rider also requests an impressive amount of booze: one bottle of Hennessy, one bottle of vodka, and one case of beer. Someone knows how to party. 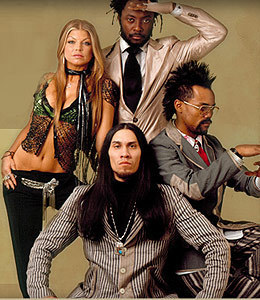 It’s well known how busy Black Eyed Peas have been in the past few years. Practically pimping themselves out to every major event (Super Bowl) or regional tour, the hip-hop group has realistic expectations for their sound personnel. In fact, their rider explicitly states:Purchaser must provide at his/her own expense an experience professional English-speaking sober monitor engineer. Yes, BEP’s manager underlined “sober,” for reasons that aren’t entirely clear. Perhaps the group has endured surly sizzled engineers who’ve hit on Fergie during her hip-grinding songs. Or perhaps BEP is as straight-edge as it comes, since their rider doesn’t even include any alcohol. They like their Snapple drinks, though, which might lead to another sponsored tour down the road. “Snapple Presents Black Eyed Peas.” It isn’t as far-fetched as you think. 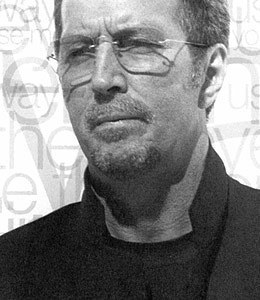 He gave us “Tears in Heaven” and “Layla.” And all that promoters have to give him is, most notably, enough space to fit his mobile foosball table. The seating needs to be spacious enough to fit 12 people and also requires a private bathroom.

Now we know where Clapton gets his explosive guitar skills. There’s nothing like strengthening those fingers for three hours by twisting plastic men on a mini soccer field.

It’s no surprise this Brit band has an extensive rider that includes cigarettes, 35 dinners, 24 cans of Red Bull and “a selection of nibbles.” But who knew Coldplay could be so…anti-American? At least when it comes to beer.

One line in their rider states:
48 cold strong continental lagers…NOT U.S. beers. Oh snap, take that, American breweries! Good luck trying to convince Coldplay to participate in any product placement campaign while on the road. 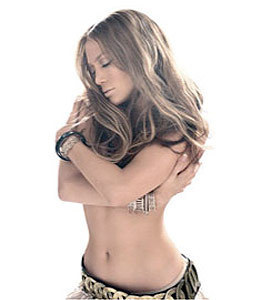 Although she’s far from virginal, J-Lo loves her backstage lounge areas covered in white. Everything white, from white roses to white couches to white candles. She’s also expresses her extreme diva-hood by ordering pear guava kerns, a hair sink with make-up station, and CD players to play tunes by artists such as Macy Gray, Destiny’s Child and Marc Anthony (hmm, she can’t get enough of her husband she needs his tunes in her lounge?).

So why the whole white interior décor? I’m guessing it’s the image she wants to give off, connoting purity or elegance. It also smacks of “let me meditate in this white room to get away from it all.” Aww, poor J-Lo, so inundated with fame and frantic fans, she has to retreat to a cocooned serenity. To be honest, it sounds a bit creepy. 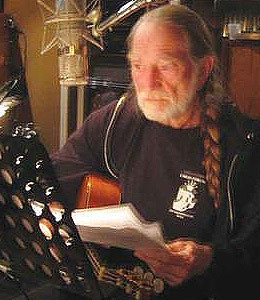 The most ironic line in Willie Nelson’s rider is the first sentence of the first page: “All Willie Nelson engagements must be smoke free.” Seriously? The country star who smokes buckets of weed every day? Who’s graced the cover of High Times more often than strains of B.C. bud? OK, maybe Nelson hates cigarette smoke, but a good rider would’ve made that distinction clear. But the U.S. drug war has Nelson in its crosshairs, so he might be doing himself a favour by foregoing any mention of marijuana.

Details of the rider also give hints to Nelson’s physical capabilities: the producer’s bus must be parked as close to the venue as possible (assumingly because Nelson doesn’t walk as much as he used to); he and his band require four gallons of water and one gallon organic milk; and Nelson loves him some distilled aloe vera, all two gallons of it, which is ideal for people afflicted with ulcers or irritable bowel syndrome. Unless, “aloe vera” is code word for “two ounces of high-grade pot.” 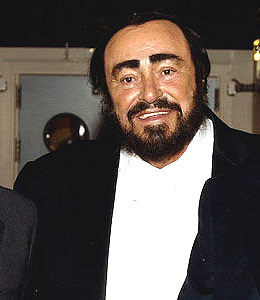 Soft toilet paper. Strong bed boards. A one-man golf cart. A steam iron. No, it’s not a weird shopping list but what opera star Pavarotti demands while on the road. It may not be incredibly unusual by pop-star standards, but his rider does embed one quirky wish that is worth a laugh:There must be no distinct smells anywhere near the Artist. So Pavarotti fans should be warned — don’t wear cologne, perfume or any deodorant, unless you want the big-bellied singer to unleash a barrage of powerful arias of anger in your general direction.

Itching to learn more about the inside desires of your favourite singer or musician? Below is a link and quick summary of what some artists have demanded in their backstage riders:

In this article:backstage, Celebrity, demands, riders