AC/DC is one of the most influential rock bands in music history. They have sold in excess of 200 million units, where 71.5 million of those albums are in America. Their landmark studio album Back in Black (which features their smash hit “You Shook Me All Night Long”) is the third bestselling album by any recording artist in history, and it has accumulated over 50 million in worldwide sales.

The band has sold out stadiums and venues all over the globe, and to this day, they continue to do so. They continue to sell millions in albums, digital downloads, and they accumulate billions in streams.

In 2020, their Power Up album topped the charts in 18 countries all over the globe. It is available on all digital service providers by clicking here.

On the song selection process for their Power Up album, he said, “A lot of the songs were my late brother Malcolm’s choices so that helped a lot. Those were the songs that stood out. We put them together and made sure that they fit in.”

“The bulk of our sales from this album were vinyl,” he said. “I’ve always loved vinyl because I grew up on it. Vinyl has its own unique sound and warmth. You are presenting almost a show. That’s what you aim for with an album. It’s like a collection of those songs of that time and you are presenting a show.”

Their black and white music video for “Realize” was co-directed by Clemens Habicht and Josh Cheuse. It was hailed by Digital Journal as “vivacious” and “enthralling.” “It was a bit different for us doing that with a 360 camera,” he said. “For us, that is newer technology. How they put it all together was really good too because we were all in different spots of the world and they had to coordinate it. The video came out really good. I saw it in its glory in the end, where everyone looks like they are all in one space.”

While it was hard for him to select a personal favorite song from the album, several tunes that stand out to him are “Realize,” “Rejection” and “Shot in the Dark.” “That’s the thing for AC/DC, we are a hard rock band, and we aim to have good hard rock songs,” he said.

They took home the 2010 Grammy Award for “Best Hard Rock Performance” for their song “War Machine”, where they triumphed over musical works by such nominated acts as Alice in Chains, Linkin Park, Metallica, and Nickelback. “That was a long time ago,” he admitted. “We actually worked on that track and the Black Ice album with our producer Brendan O’Brien. It came out better than we thought.”

On his music and songwriting inspirations, he said, “My inspiration can come from anything. I go back a lot to my earlier years, my early teens. I was a big fan of cartoons, especially Looney Tunes. I take a lot from that time.”

Young acknowledged that he has kept himself busy during the quarantine. “I still go to the studio, where I can do some work and it keeps me going,” he said.

When asked if he developed any new skills during the quarantine, he said jokingly, “I have been practicing old skills.”

For young and aspiring bands and musicians, he said, “Any band that believes that they’ve got something and has the passion for it, I would encourage them to not give up and to keep trying. It takes a long time. It took us a long time to develop.” 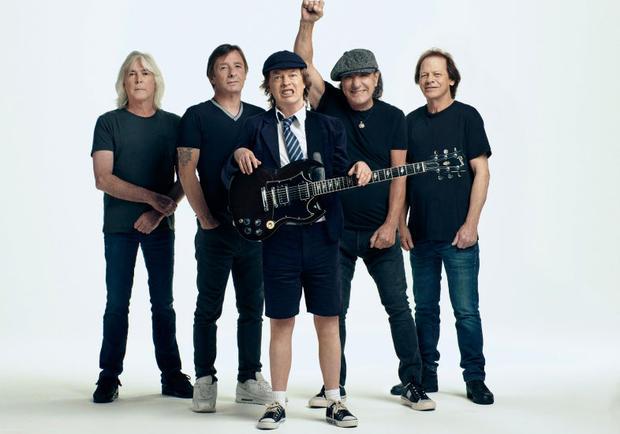 In 2003, AC/DC was inducted into the prestigious Rock and Roll Hall of Fame by iconic rocker Steven Tyler, the frontman of Aerosmith. “That was a strange story because at first, a neighbor told me that we got inducted. My neighbor heard it on the radio,” he recalled.

“I hadn’t heard about it and a few days later, our management told us that the Rock and Roll Hall of Fame inducted us,” he said. “I thought that was really nice. In the actual ceremony, everybody had their tuxedos on and it felt like you were playing at a restaurant with all of those dinner tables.”

He was happy to have been inducted into the Rock and Roll Hall of Fame by Steven Tyler since they toured together in the ’70s. “That felt good,” he said. “They kept inviting us to a lot of their shows. Steven was always a big fan, and he would always tell us to play longer.”

Regarding the key to longevity in the music business, he said, “It is all about being consistent.” “We do our best. When we write a song we hope that it will connect with people. We aim for songs that will stand the best of time,” he said.

“At this stage of my life, I have more information about what I am doing,” he added. “You rely on your experiences, and you hope that you get better at your craft.”

On being an artist in the digital age, at a time when streaming is so prevalent, he said, “First off, they had vinyl, then they had cassettes, then you had CDs and DVDs. Now, we are in the age of digital streaming and all of the other technology. For me, the music is always the end product. As long as the music comes through, I don’t think it matters what the technology is.”

Young defined the word success as “people liking what you do and being passionate about it.”

On the title of the current chapter of his life, he said, “Under Lockdown.”

For rock fans and listeners, he concluded about the new album Power Up, “If you haven’t heard it, hear it.”

Power Up is available on digital service providers by clicking here. 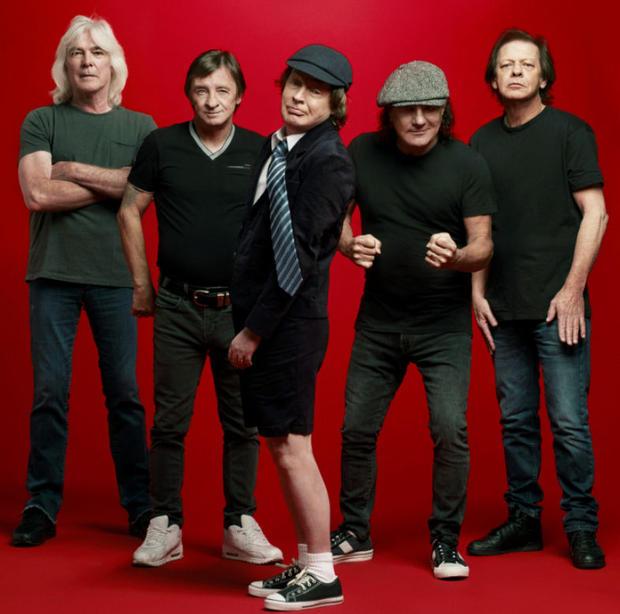