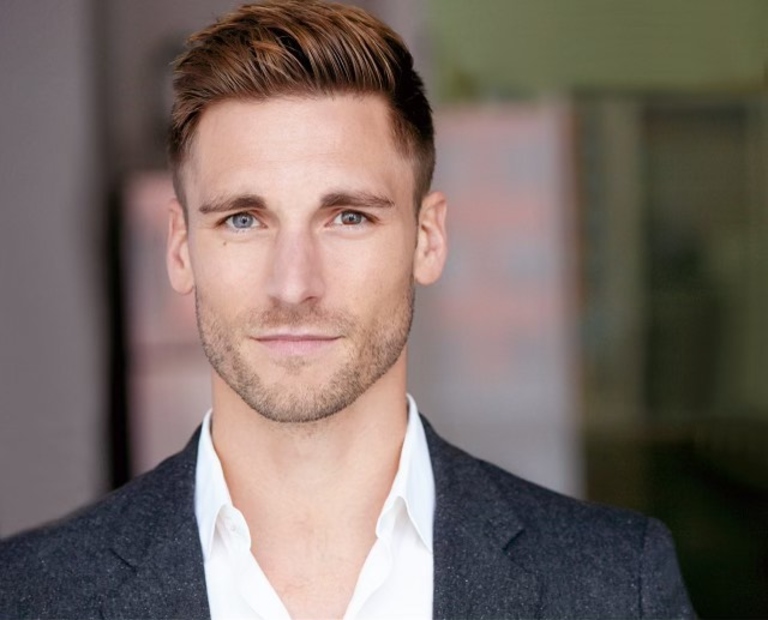 Canadian actor Andrew Walker chatted with Digital Journal’s Markos Papadatos about his new movie “27 Hour Day” on the Hallmark Channel, his daily motivations, and he furnished his definition of the word success.

Former U.S. Army general and former Secretary of State Colin Powell once said: “A dream doesn’t become reality through magic; it takes sweat, determination, and hard work.” Andrew Walker is such a man that epitomizes this wise quote.

A native of Montreal, Canada, Walker is looking forward to the film “27 Hour Day” coming out on August 7 on the Hallmark Channel and he will be doing a fan giveaway for it. He plays the role of Jack West. It is executive produced by Linda Carolei and Autumn Reeser, with Charles Cooper as producer.

Most recently, Walker was a part of the “Celebrity Virtual Game Night,” which helps a charitable cause. He represented the “Hunks” alongside Cameron Mathison, Ryan Paevey, and Trevor Donovan. “The Darlings” were made up of Debbie Matenopoulos, Lacey Chabert, Candance Cameron Bure, and Jen Lilley. “That was a lot of fun,” he admitted.

Walker had the nicest words about Cameron Mathison and Debbie Matenopoulos, who were the former co-hosts of “Home & Family.” “Cameron is the best. He is incredible. I have a fondness for him. We are both from Montreal, so we really connected over the last few years. He is a great guy,” Walker said. “Debbie is also a wonderful person. I’ve been on ‘Home & Family’ a bunch of times.”

He shared that he had the good fortune to work with Brandon Beemer in the movie “Wedding Planner Mystery” about six years ago. “The best part of that project was meeting great people, and Brandon was one of them. We still keep in touch. Brandon is awesome,” he said.

On being an actor in the digital age, he responded, “I actually prefer it. I have a small business in California with my wife, and a lot of things are on the go, so for me, the digital age is great. I feel that information is passed quicker now.”

Regarding his daily motivations as an actor, he said, “I do a bunch of different things, I am a pretty busy guy and I am self-motivated. Everything I do funnels back to my acting in a way. I feel like acting is a therapy for me. There is a therapeutic element for me. I love working with people, and the whole process of telling a story on camera is really exciting and challenging for me.”

In his personal life, he is married to Cassandra Troy Walker, and they have two children.

On the title of the current chapter of his life, Walker responded, “Enjoying the Ride.”

For young and aspiring actors, he encouraged them to “persevere” and “to find a lot of hobbies that keep them out of trouble.” “Make sure that you are following your path and don’t look at anybody else’s path because acting is very difficult,” he said.

If he were to do any track and field event, he revealed that he would do the 200 meter dash. “I was a sprinter when I was younger, and I liked sprinting. It’s not a distance event but it’s a little bit of a sprint and you can push yourself,” he said.

Walker defined the word success as contentment. “Success correlates with happiness,” he said.

For his fans, he expressed, “I wouldn’t be doing what I am doing without the fans. I am always striving to be present for my fans, and more accessible in a healthy way. I am humbled and so appreciative of their support throughout my career.”

To learn more about Canadian actor Andrew Walker, check out his IMDb page and follow him on Instagram.