Rossow is the co-founder of The Raw Nerve, and “The Guardian Project” alongside acclaimed actor Mark Pellegrino. He is also a millennial Internet attorney, law professor, anti-bullying activist, journalist, and Hollywood brand manager; moreover, he is the co-founder of Grit Daily News, a New York millennial news outlet that aims to empower women in tech alongside rising brands.

On joining forces with Mark Pellegrino, he said, “It’s fun and fulfilling. I can’t imagine working with anyone else. I have my own anti-cyberbullying movement, #CYBERBYTE Movement, which was a PSA platform. I reached out to Mark earlier this summer for a Cameo request. I thought he would make a great representation of the movement, and he graciously accepted. His message was one of the most powerful and it resonated with me. We chatted on Zoom and then he and I were still talking about it two hours later. We come from different worlds but we share many similar experiences, and that’s what makes it moving”

“The Guardian Project” is a multi-tiered attack on the epidemic problems of public bullying and the spreading of libelous narratives on social media. The Kickstarter campaign officially launched on October 27, 2020, in an effort to raise money to help create the reality docuseries that not only expose online bullying and libel but offers community solutions and reformative justice for the victims. For more information on the Kickstarter campaign of “The Guardian Project” click here. “We are doing the best we can,” he admitted.

At 13-years old, Rossow was victimized by a sexual assault and intense bullying at a summer camp, which led him down a path towards the legal system and practicing law. “I have been working on a book about it for the past two years,” he said. “It was good, I felt I was just ready to share those parts of my past.”

“The Guardian Project” deals with libel and slander, and the narratives it produces. These narratives ultimately go viral and destroy people’s reputations. Particularly impressive about “The Guardian Project” is that it protects victims and holds aggressors accountable. It seeks redress for victims and it seeks to provide victims with the ability to confront their aggressors.

On being a part of the digital age, he said, “It’s a great step forward in terms of digital innovation, but there is always a dark light. The great advancement of technology brings a lot more responsibility and a lot more opportunities to push technology and see how far it can go. It has taught people how to conduct themselves online and how to carry on and how to accomplish new opportunities in their own personal life and business. Technology makes life easier but we need to be responsible about it.”

Regarding the title of the current chapter of his life, he said, “Good is not good enough, good is for the other guy.” “You need to work hard, do the best you can, but good shouldn’t be good enough for you. You should strive to be more, and better, and greater than the other person in the sense of determination. That’s what I strive to apply in my everyday life.”

Rossow defined the word success as “never letting an idea pass by without at least exploring what it could look like.” 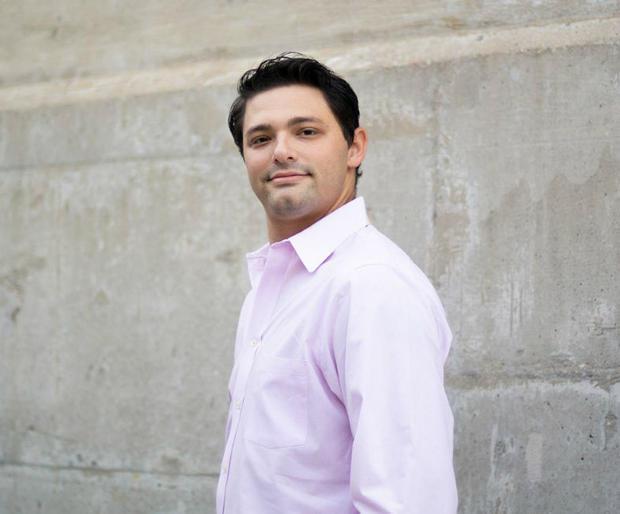