“Don’t Fall For It” is an inspirational song that is meant to lift listeners through the troubling times we are living in by offering a message of strength, self-reflection, and love. It is the first single off of the upcoming Grapefruit Sound Lab album, Eight Days Across America.

The writer, Robert Cotnoir of Grapefruit Sound Lab, remarked, “When we are motivated by love and release fear, the world’s negativity will simply be absorbed into the atmosphere as excess heat and dissipate.”

“Don’t Fall For It” is being distributed through Howe Records and it and its remixes are available on Apple Music, Spotify, and all digital retailers and streaming services.

The song’s music video may be seen below.

“The idea for the song came to me on a lonely night in a Chicago hotel, when I realized all the time, energy and resources I had spent attempting to make other people happy were at the expense of my own self-worth,” Cotnoir explained.

Aside from his work with Grapefruit Sound Lab, Cotnoir is an award-winning Hollywood motion picture music editor. “I was in multiple relationships with people who were exhibiting narcissistic traits, relying on superstition rather than common sense to maintain my own skewed view of friendship,” he said.

The song’s original title was “I Fell For It,” which was intended as a warning for others to not make the same mistakes he had made, but Amuka convinced Cotnoir to change it to “Don’t Fall For It.”The original title took the part of the victim and I knew in my heart that we needed an anthem with a more powerful message,” Amuka explained.

“I see this song as a way to spread love through awareness,” Amuka said. “Pay attention to that little voice that tells you to hesitate when something doesn’t pass the smell test. Follow your gut. Beware of false tongues. Consider things more thoroughly. We all need to wear extra armor, especially our youth, as they will be the most affected by the decisions our leaders make today.”

Amuka has enjoyed a respected career in disco-era funk, dancefloor music, and hip hop. She was discovered by the “Godfather of Funk” George Clinton, and originally sang lead for the band, The Brides of Funkenstein. Most recently, she lent her vocals to rappers Public Enemy’s new album.

To learn more about Grapefruit Sound Lab, check out its official website. 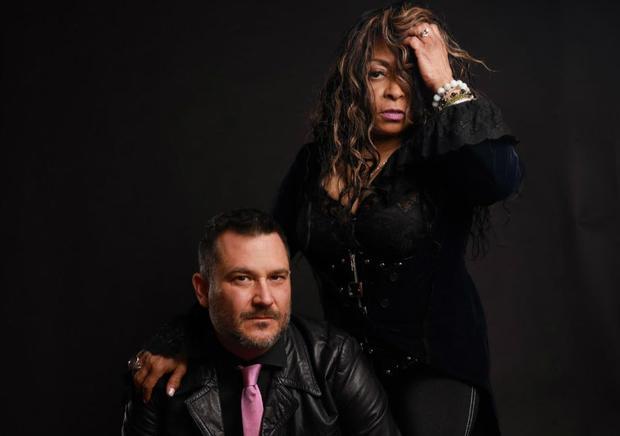