Artificial intelligence has the capability to assess movies for indications of bias, and to do so fairly rapidly. This could lead to a reappraisal of norms and values relating to the era when a movie was made.

As an example, an artificial intelligence tool has been used to scan Bollywood films made during the 1950s and 1960s (and as today, being produced from Mumbai, India). This analysis, as The Hindu newspaper reports, has revealed that when births are depicted, they were almost universally boys.

To detect further the prevalence of male characters an approach termed ‘Male Pronoun Ratio (MPR)’, looking at the frequency of male pronouns including “he” and “him” against the total occurrences of male and female pronouns, was used. Overall, the male dominance has continued across movies.

Another inference drawn from the Bollywood movies from fifty or sixty years ago was how common dowries formed part of any marriage arrangement. A dowry is a transfer of parental property, gifts, property or money upon the marriage of a daughter (bride). It is something gender specific. These days the dowry is less common.

One aspect that has remained consistent, according to the AI technology, is that the portrayal of beauty has remained unchanged from the 1950s to the present day. Invariably the Bollywood film aspires to a conception of ‘beauty’ where beautiful women have fair skin (according to the researchers). 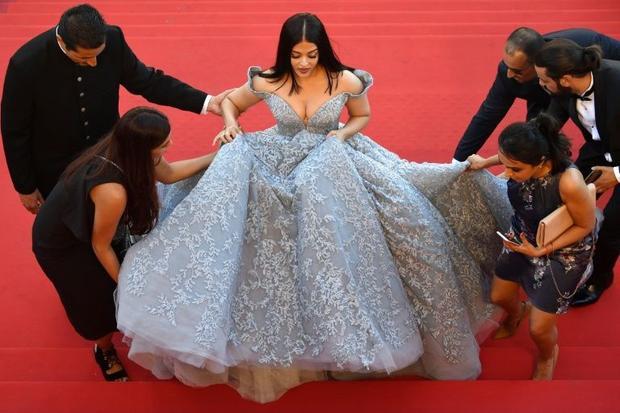 Bollywood actress Aishwarya Rai Bachchan needed a team of five to help her up the stairs at Cannes
Antonin THUILLIER, AFP

The AI that undertook the exercise came from Carnegie Mellon University computer scientists. The AI was trained and then proceeded to process Bollywood films from seven decades, beginning in the 1950s. One hundred Bollywood movies per year were processed and compared with 100 Hollywood movies, from the same years.

Interesting the ‘beauty bias’ was apparent in also in Hollywood films but less pronounced, especially in more recent years.

The objective was to develop a means to help interpret culture and social norms, and the extent that these change (or not) over time.

The same technology will have the capability to assess books, magazine articles, radio transcripts or as more contemporary examples, social media posts or digital journalism.

The research paper has been presented at the Association for the Advancement of Artificial Intelligence virtual conference, which took place during February 2021. The paper has not yet been made available to the general public.