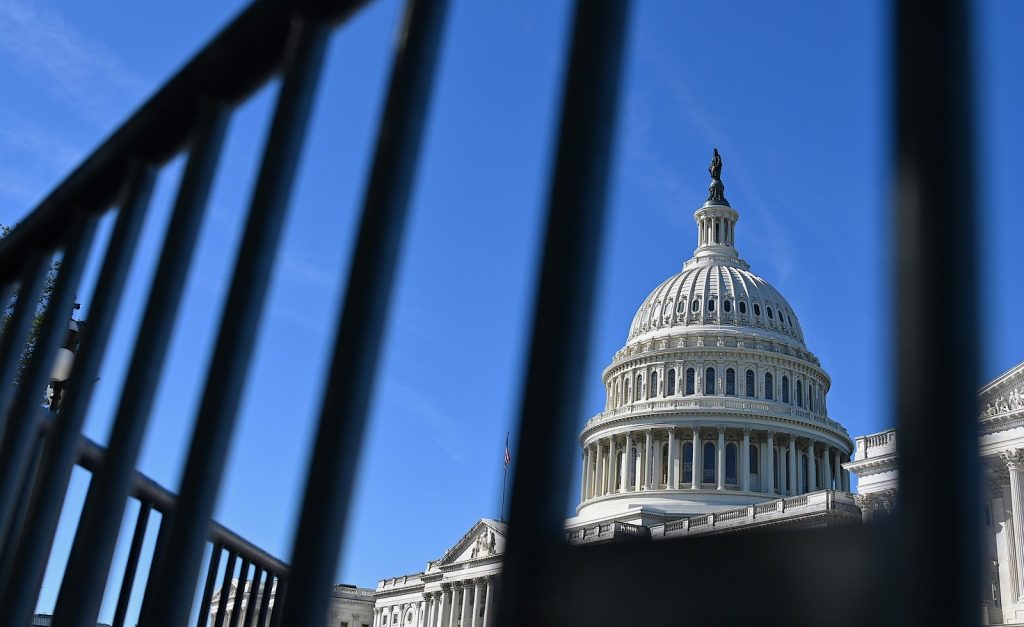 After narrowly avoiding a shutdown of the US government, President Joe Biden’s Democratic lawmakers and the Republican opposition face an even more high-stakes task: forging an agreement to raise the country’s borrowing limit or risk a catastrophic default.

Here’s what you need to know about the debate over the US debt limit:

The debt limit is the legally established maximum on how much the United States can borrow to pay the government’s bills for everything from social welfare programs to salaries for the military.

According to the Treasury, it has been raised, suspended or otherwise delayed 78 times since 1960: 29 times under Democratic administrations and 49 times under Republicans.

A 2019 budget measure passed under Republican former president Donald Trump suspended the limit for two years, and when it was reinstated on August 1, 2021, the United States had reached its ceiling, and the national debt now stands at $28 trillion.

– How is the government preparing for a default? –

Treasury Secretary Janet Yellen announced the government would take “extraordinary measures” from August, but that those would no longer be sufficient to pay Washington’s bills beyond October 18.

Were a default to occur, “I think it would be catastrophic for the economy and for individual families,” Yellen warned the House Financial Services Committee on Thursday.

Social Security benefit payments would either stop or be delayed for almost 50 million elderly Americans and paychecks to soldiers would be disrupted, as would an anti-poverty program targeting families.

– What would a default mean for the economy? –

The United States has never defaulted on its debt, which forms a backbone of the global economic system.

The consensus among analysts is that a failure by Washington to make an interest payment on its debt would be a self-inflicted wound that would undercut the economy’s recovery from the Covid-19 pandemic and perhaps inflict permanent injury on the United States’ international standing.

– What is the status of negotiations? –

Democrats control both houses of Congress — but just barely. They need 10 Republican votes to overcome a filibuster in the Senate, and the opposition has made clear it will not help them raise the debt limit.

The fight comes in the context of negotiations over two spending bills totaling trillions of dollars that Biden wants Congress to enact.

Republicans argue that they won’t raise the limit to pay for those bills, but the limit needs to be increased anyway to pay for spending authorized under previous Republican and Democratic administrations.

Republicans want Democrats to approve an increase unilaterally using the reconciliation process, but that is expected to take weeks and Democratic leaders continue to insist Republicans should join them in taking action to prevent a default.

– Could there be negative consequences even without a default? –

Few Washington observers believe either party is willing to let the country default, and expect they’ll somehow reach an agreement, potentially at the last minute.

This has happened before, but it wasn’t without costs.

In 2011, the country came days away from a default after Republicans blocked an increase unless Democratic President Barack Obama agreed to concessions in his spending plans that they said would cut the country’s debt and deficit over the long run, though it has soared ever higher since.

Wall Street fell six percent as the deadline to raise the limit neared, according to financial services firm Morningstar.

Then, after markets had finished their last session of the week, S&amp;P Global Ratings downgraded US credit to just below its top rating, where it had previously sat for decades. When markets reopened on Monday, the S&amp;P 500 declined 6.6 percent, Morningstar said.

The other ratings agencies didn’t join in dinging the United States over its politicians’ inability to come to grips with its massive deficit and debt.

But as the latest standoff drags on, Shai Akabas, director of economic policy at the Bipartisan Policy Center, warned of consequences.

“As we keep having these episodes where we get so narrowly close, it will increase the calls for a change to the world’s reserve currency, which could favor China,” he said.