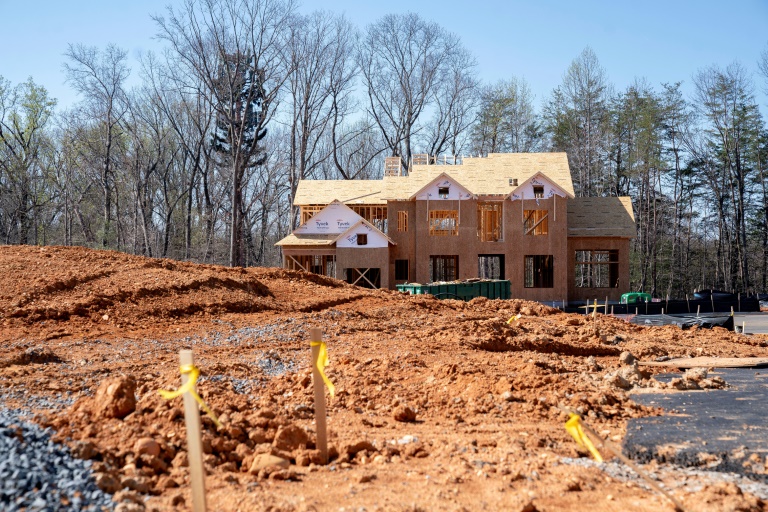 US new home sales plunged in April to their lowest in two years, even as prices continued to climb, according to government data released Tuesday, as would-be buyers felt the heat of soaring inflation and rising interest rates.

Home sales have been booming throughout the Covid-19, but with inflation at its highest since the early 1980s, the Federal Reserve has begun raising interest rates aggressively to cool the economy, which is pushing borrowing costs higher.

Sales of new single-family homes fell 16.6 percent in April to an annual rate of 591,000, seasonally adjusted, the Commerce Department reported, the lowest rate since April 2020.

The decline was far worse than analysts had projected, and compounded by the downward revision to the sales figures for March.

“I was expecting a decline, but not this steep a drop,” he told AFP, noting that new home sales had slowed for the fourth consecutive month.

All regions saw sales fall sharply, though the South saw the steepest decline.

However, even amid higher borrowing costs that are cooling demand from homebuyers, prices continued to rise in April, reaching a median of $450,600 from $435,000 in the prior month.

The popularity of remote work as well as increased household savings during the pandemic prompted many families to move out of congested urban areas and purchase larger houses or vacation homes.

The surge in demand sent prices soaring as potential homebuyers competed to snap up properties — even paying cash — in an increasingly tight market hindered by global supply chain snarls that held back new construction.

Home sales are a key driver of activity, spurring sales of many categories of goods, including furniture and appliances, so a slowdown could have broader effects on the economy, economists say.

As the sales pace dropped sharply, the supply of new homes on the market rose last month, jumping to a nine months’ supply from 6.9 months in April, the report said.

“Builders will add to the housing stock, but not sufficiently enough to meaningfully tilt housing market dynamics in favor of buyers.”

In this article:Economy, estate, indicator, real, US