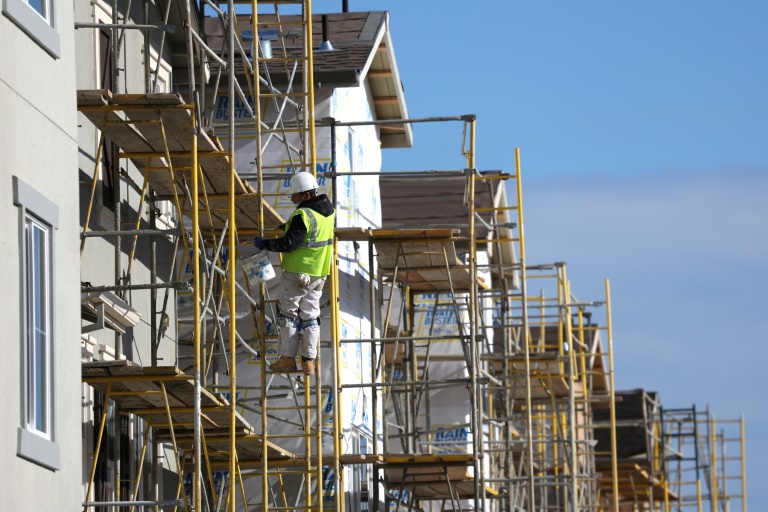 The median US home price broke above $400,000 for the first time, sending existing home sales in May falling for the fourth straight month, according to industry data released Tuesday.

Sales toppled 3.4 percent compared to April as the median sales price hit $407,600, a 14.8 percent surge compared to a year ago, the National Association of Realtors (NAR) reported.

The sales pace slowed to a seasonally adjusted annual rate of 5.41 million last month, which was 8.6 percent lower than May 2021, the report said.

“Home sales have essentially returned to the levels seen in 2019 — prior to the pandemic — after two years of gangbuster performance,” said NAR Chief Economist Lawrence Yun.

“Further sales declines should be expected in the upcoming months given housing affordability challenges from the sharp rise in mortgage rates this year,” he said.

Home loan rates jumped to 5.23 percent in May for a 30-year, fixed-rate mortgage, from 4.98 percent in April, according to Freddie Mac, as the Federal Reserve cranks up the benchmark borrowing rate to tamp down surging inflation.

The sales slowdown caused the inventory of homes on the market to jump 12.6 percent to a 2.6-month supply — just above the level of May 2021, according to the report.

Bargain borrowing rates had helped fuel the strong demand for home buying during the pandemic, driving prices ever higher as builders have struggled to keep up due to supply backlogs for lumber and other materials and a shortage of workers.

Now, “the market is adjusting, rapidly and painfully, to the surge in mortgage rates, which has pushed up the monthly payment on a median home by more than 50 percent since last August,” said Ian Shepherdson of Pantheon Macroeconomics.

He said prices normally would not begin to fall until inventories grew to a seven-month supply, but “the speed of the dislocation in the market in recent months, thanks to the suddenness of the spike in rates, means that a period of falling prices is a good bet.”

Sales fell throughout the United States, except in the Northeast, while prices rose nationwide.

All-cash buyers accounted for a quarter of sales in May, NAR said.

Yun noted trends in condominium sales may indicate that “the preference towards suburban living over city life that had been present over the past two years is fading with a return to pre-pandemic conditions.”

In this article:Economy, estate, Houses, indicator, real, US