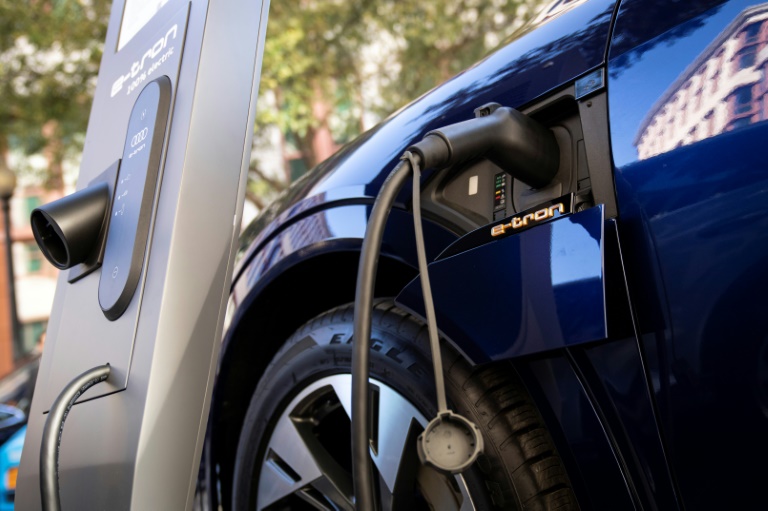 Toyota urged Washington on Tuesday not to “play politics” with environmental issues by offering tax credits for US-made electric vehicles, joining a chorus of foreign opposition to the issue.

President Joe Biden’s focus on helping blue-collar American workers led to a proposal in his Build Back Better legislation to offer $4,500 in tax credits for electric vehicles built in the United States by union workers.

Toyota, with 10 US-based auto plants employing 36,000 workers, favors “incentives for the purchase of electric vehicles to speed the transition” to all-electric, the company said in a statement.

However, the Japanese automaker said the proposed credits for union-made vehicles devalue the work of those who chose not to join a union, and send a message that promoting unions is more important than combating climate change.

“Let’s not play politics with the environment, the American autoworker or the American consumer,” Toyota said.

Washington’s major trading partners Canada and Mexico also sent letters to American congressional leaders in the past week objecting to the tax credits, saying they violate US commitments under the United States–Mexico–Canada Agreement governing trade.

“If passed into law, these credits would have a major adverse impact on the future of EV and automotive production in Canada, resulting in the risk of severe economic harm and tens of thousands of job losses in one of Canada’s largest manufacturing sectors,” Ng said.

“US companies and workers would not be isolated from these impacts.”

A letter from Mexico’s US ambassador Esteban Moctezuma Barragan and two dozen other ambassadors said the tax credit “conflicts with the goal of the quick deployment of new sustainable technologies” since it would apply to only two vehicles out of over 50 electric vehicles currently available.

In this article:electric vehicles, Toyota, US EV tax credit