With 2020 just around the corner, it’s useful to look back at the key economic developments in 2019 in the U.S. that have bucked national trends and which have, to some accounts, defied economists’ conventional wisdom.

Columbus, OH is a Bright Spot for the Automotive Industry

Although the U.S. automotive industry edged downward, Columbus has been a bright spot with a growing roster of automotive manufacturers, thanks to the availability of industry resources and a steady stream of talent. The Columbus Region is home to Honda’s North American manufacturing headquarters (more than 1/3 of its light vehicle manufacturing takes place in the Region), and manufacturers in the Region produce 700,000 cars a year, while the regional economic output for the automotive industry exceeds $2.5 billion annually. 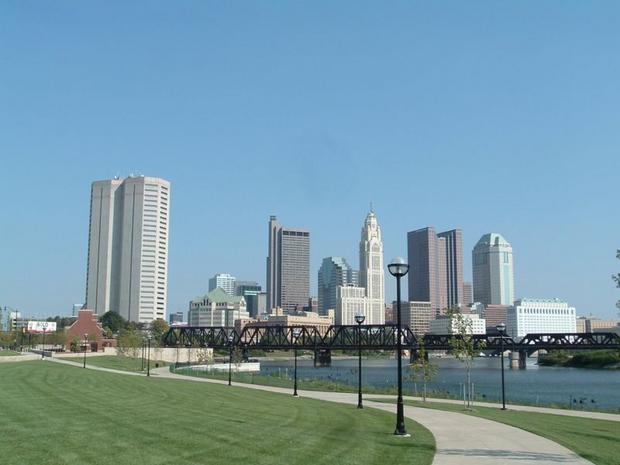 The skyline of Columbus, Ohio, USA from North Bank Park
Bcirker (CC BY 2.5)

In a span of just six months, three companies all announced corporate relocations or expansions to the Region, including two Japanese companies, which continued to express confidence in the Region. The companies include: Micware Co. Ltd, Toyoda Gosei and PowerBuilt Material Handling Solutions LLC. More than 1,700 manufacturers employ 85,000+ people in the Region. In 2019, the Columbus Region had 59 wins, with 6,200 committed jobs and $2.2 billion in committed investment.

While America’s manufacturing troubles spill over into the broader economy, the Greater San Marcos Region is bucking the trend with an upward turn in this sector. 2019 capped the end of the sector’s growth over the past decade. Since 2009, the number of manufacturing companies in the region has grown 28%, with a 31% increase in employment. SmileDirectClub’s Access Dental Lab is the latest addition to the region’s growth. The company announced it will establish a new 150,000-square-foot high-tech dental manufacturing lab in Kyle, TX, investing more than $36 million and bringing 850 jobs to the region. 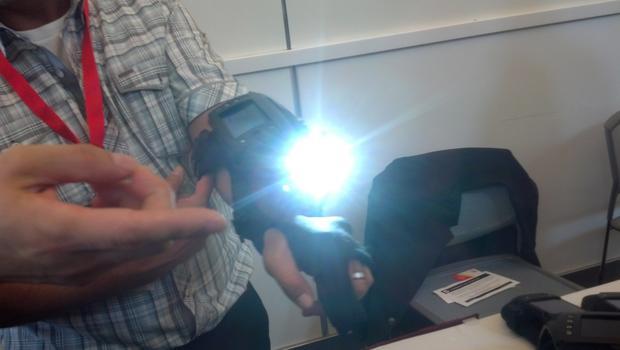 File photo: With a strong arc of electricity, this technology proves that fashion-related items are not the only wearable tech that will be made in the near future.
Matt Terndrup

Urban Mining, the only manufacturer of recycled rare earth magnets in the U.S., is nearing completion of its new 100,000-square-foot rare earth magnet manufacturing facility and headquarters in San Marcos. And South Korea based ENF Technology announced it will build its first U.S. headquarters, a $45 million advanced manufacturing facility, in Kyle, TX. The facility is expected to be completed in 2020 and the company plans to hire approximately 45 to 50 employees.

In 2019, major brands tapped Charlotte for creative expansions, pointing toward continued growth for the Region’s businesses friendly environment. Schleich USA, one of the world’s oldest toy companies best known for its detailed animal figurines and playsets, has expanded with an all-new flagship concept across the U.S., thanks to a successful pop-up shop concept it debuted at a local mall in its home market of Charlotte. Goodwill Industries, known for its job training, retail stores and donation centers, opened a first-time venture in Charlotte: a nonprofit restaurant called Community Table Bistro, located at the Leon Levine Opportunity Center at the Goodwill Opportunity Campus.

The restaurant serves breakfast and lunch, and proceeds from purchases help fund job training programs at Goodwill for individuals on their journey to achieving family sustaining employment. Community Table Bistro has been so successful, that it revamped and re-opened to the public this year with a new look and menu. Krispy Kreme has taken its sweet business a step further, choosing Charlotte’s South End for its new corporate offices and premiere test kitchen equipped with high-tech workstations and state-of-the-art audio-visual systems.

Additionally, Lowe’s tapped Charlotte for its major investment in tech. The home improvement retail giant selected Charlotte’s South End for a 2,000-employee global tech hub in a new 23-story tower. The company will invest more than $500 million annually through 2021.