The financial landscape was altered irrevocably in 2008 when an individual operating under the pseudonym “Satoshi Nakamoto” mentioned Bitcoin in a white paper. The “cryptocurrency” was released a year later to considerable fanfare, and the financial world was never the same. A cryptocurrency is a digital or virtual currency. Cryptocurrencies employ encryption algorithms, making it virtually impossible to counterfeit or overspend. A dedicated wallet is required if you want to trade cryptocurrencies.

In the decade-plus since Bitcoin’s emergence, the market has grown dramatically. As it stands, the market capitalization of cryptocurrency is above one trillion dollars. There are more than twenty thousand tokens; the total continues to expand, despite the ongoing crypto crash.

Cryptocurrency has been destabilized by the “crypto winter,” and the market suffered losses above two trillion dollars. Bitcoin, the market-leading token, lost two-thirds of its value in a few days. How is the market faring in the aftermath of a devastating collapse? We will attempt to answer that question by studying three cryptocurrencies: Ripple (XRP), Hedera (HBAR), and Runfy (RUNF).

Rampaging On To The Scene With Ripple (XRP)

Also known as Ripple, XRP (XRP) is the 7th biggest cryptocurrency based on market cap, which is a whopping 34 billion dollars. XRP’s token price is 0.34. Both values mentioned have risen 0.6% in the last twenty-four hours. In the same period, the trading volume of XRP tokens is 842 million, representing an increase of 13.5%.

XRP was released in 2021, and the token has grown remarkably in a short period.

In addition, XRPL boasts the first decentralized exchange (DEX) and customized tokenization integrated into the platform. XRPL was created in 2012 by David Schwartz, Jed McCaleb, and Arthur Britto with the native currency XRP. The trio wanted to provide users with an efficient alternative to Bitcoin. The same year, the team founded a company called Ripple.

In addition, XRPL facilitates enterprises and Java, JavaScript, and Python developers. Stakeholders can utilize excellent flexibility and utility. If users access XRP’s website, they can utilize multiple tutorials that enable them to get up to speed. For example, the instructions contain details on the building applications, managing accounts, and coding languages involved.

The five principal applications of XRP Ledger are decentralized finance (DeFi), central bank digital currency, stablecoins, tokenization, and payments. Since its inception, XRPL has closed more than seventy million ledgers. The orchestrators of XRPL gifted eighty billion tokens to Ripple initially, which they could utilize for use cases.

Jack Of All Traits, Master Of All: Hedera (HBAR)

The second cryptocurrency we’ll examine is Hedera (HBAR). Hedera ranks at 39th place with a market cap of 3.37 billion and a token price of 0.067 dollars; both figures have fallen by 1.7% from yesterday. During the same period, the daily trading volume of HBAR tokens is 19.9 million, an increase of 2.9%.

Technically, Hedera is a sustainable, enterprise-level public network. HBAR is decentralized and empowers users (individuals and organizations) to create decentralized applications (dApps). Hedera was established as an equitable and efficient platform that removes shortcomings of previous blockchain-based systems, such as lackluster speed and instability. Hedera launched in 2018 after an initial coin offering (ICO), and the project’s mainnet was released in 2019. Early adopters of HBAR acquired the native utility token at the lowest possible price.

HBAR is assigned two roles with the Hedera framework. Firstly, the token powers Hedera’s services, like smart contracts, routine transactions, and file storage. Secondly, HBAR is utilized for securing the network, which allows token holders to stake their assets knowing that the platform’s integrity will not be compromised. Hedera (HBAR) was coined by Dr. Leemon Baird and Mance Harmon. The former invented the hashgraph distributed consensus mechanism and is currently Hedera’s chief scientist. Harmon is the chief executive officer of Hedera and an experienced entrepreneur.

The defining feature of HBAR is that it is not based on a standard blockchain. For instance, several high-profile cryptocurrencies are based on Ethereum. However, Hedera has a unique distributed ledger technology: hashgraph. Hashgraph is decisive and enables the platform to improve upon the services rendered by previous blockchain-oriented projects. Factors like cost, speed, and scalability are enhanced on HBAR.

Furthermore, the average transaction fee on Hedera is 0.0001 dollars, and each transaction is settled within five seconds. The makers of Hedera Hashgraph claim that it can accommodate over ten thousand transactions per second. In stark contrast, regular proof-of-work (PoW) blockchains only manage between five to twenty transactions.

The third and final token we’ll discuss is an interesting proposition called Runfy (RUNF). Billed as a three-in-one solution, Runfy enables users to shed weight, earn income, and invest their RUNF tokens. The makers of Runfy were motivated by the COVID-19 pandemic. In the last two years, governments globally were compelled to enforce lockdowns and social distancing measures to combat the virus. People were bound within the confines of their homes and became comfortable. As a result, they gained weight.

Now that the pandemic has subsided and a state of normalcy has returned, people can get back to their previous fitness levels. Runfy is the ideal platform for individuals seeking a fitter and healthier lifestyle. RUNF’s unique selling proposition is that it incentivizes token holders to get slim by attaching certain rewards to their efforts. Community members can get fit and earn income simultaneously. Think of it like a gym membership; however, instead of incurring gym fees, you can earn income by exercising!

Runfy is well-equipped to track the progress made by users with dedicated software. Rewards are based on the distance that token holders cover every day. The platform consists of tips and tricks that help users achieve their targets. Whether you’re looking to lose weight or gain muscle, Runfy (RUNF) offers plenty of guidance.

Runfy is based on Binance Smart Chain (BSC) and utilizes two separate universes in the metaverse. For the uninitiated, the metaverse is a platform that allows users to share information and communicate through virtual worlds. If a project supports metaverse, token holders can utilize it as an alternate universe and create customized avatars.

Moreover, RUNF is driven by its community, and members can seize the initiative by taking matters into their hands and focusing on health and wellness. The development team behind Runfy considers it more than a routine token; they believe it is a way of life. Through innovation and incentives, they wish to encourage users to get better.

Most of the key performance indicators of XRP (XRP) and Hedera (HBAR) have increased, which is encouraging, given the ongoing crypto crash. The figures also bode well for emerging tokens like Runfy. The fact that RUNF offers a unique solution only improves its chances of success.

Ultimately, the makers of Runfy (RUNF) adhere to the notion that “health is wealth.” Their motto rings true in the aftermath of a global health crisis. If you are convinced that RUNF is the best option for you to lose weight and earn cryptocurrency, we recommend investing early on.

If you participate in stage 1 of the presale, you will receive a handsome 7% bonus. The bonus diminishes with each passing stage, which is why early adopters will be better off. Additionally, if you refer Runfy to a friend and they decide to spend a minimum of one hundred dollars, both parties will receive thirty dollars as a reward. 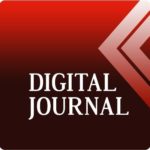 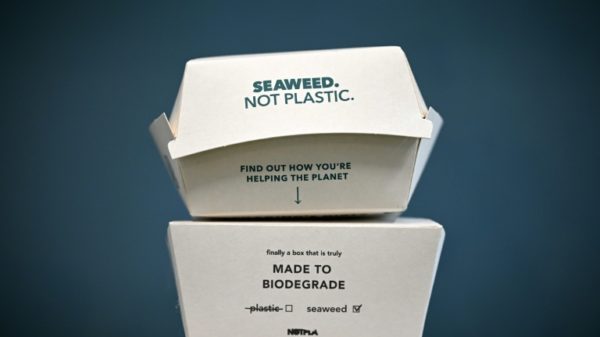